Not only is the politic of Italy a topic towards the end of this year, but – much more pleasantly – also the rising art scene of the country – spanning from Rome to Milan, putting famous artists and their work in the spotlight.
To deep dive into the scene, we have picked 25 women whom you definitely should have heard of – as their voices matter in the world of art in Italy. Italian art world power is full of strong female characters and while we eagerly await upcoming art moments such as Miart and Venice Biennial, you better study those names and put them in your gallery girl notebook. 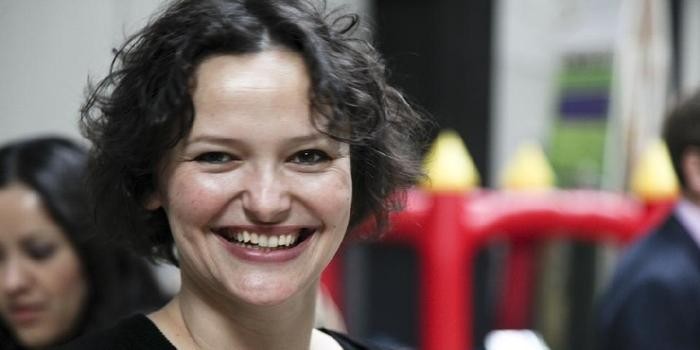 Director and Chief Curator of the High Line Art of New York. She was the curator of the Italian Pavillion at the Venice Biennale 2017. She lives and works in New York, with her husband, Massimiliano Gioni and their son, Gigi.

© Silvia Pastore
Director of Artissima Fair. Former curator at Fondazione Sandretto Re Rebaudengo and director at Villa Croce Museum. She lives in Milan with her family and Bombay, her black Labrador that follows her everywhere. 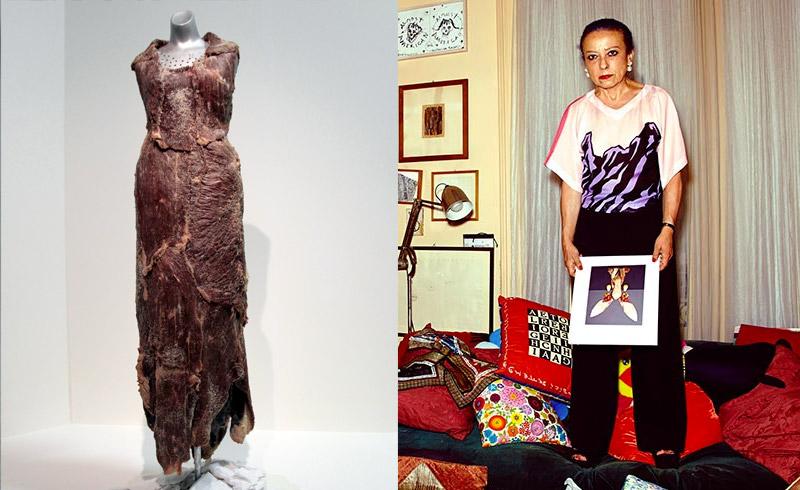 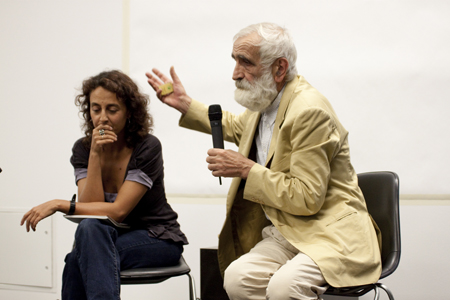 Critic and independent art curator. Barbara Casavecchia is contributing editor of frieze and she writes for Art Review, Art Agenda, Mousse, D/La Repubblica, Spike. She lives and works in Milan. 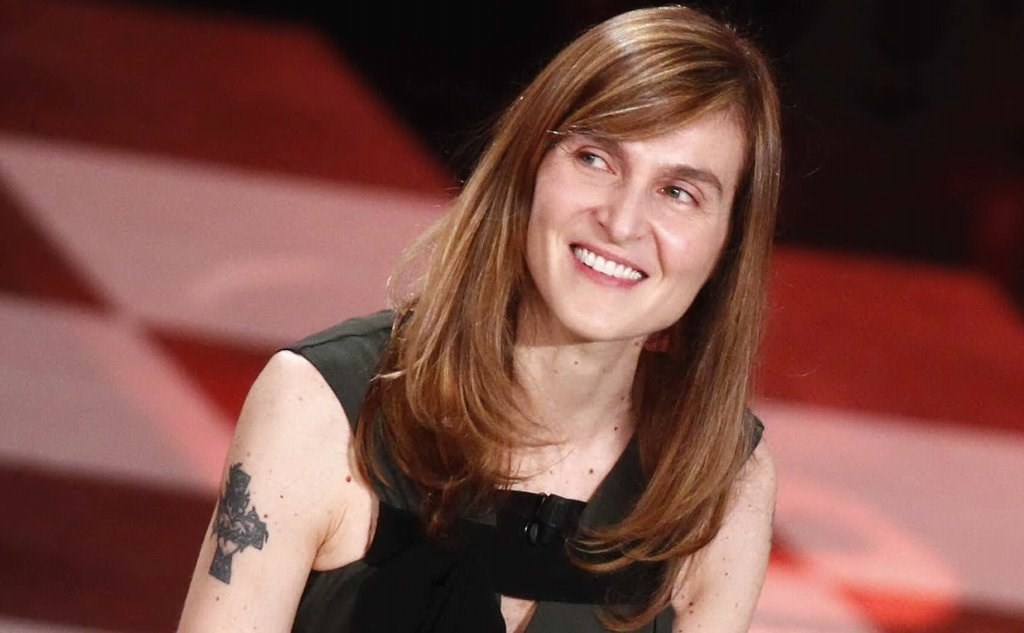 Director of National Gallery of Modern Art in Rome, after 3 years at the MaRT.  For her first important position at the MAN in Nuoro, Cristiana Collu, aged 27, has been the youngest Director of an Italian Museum ever. 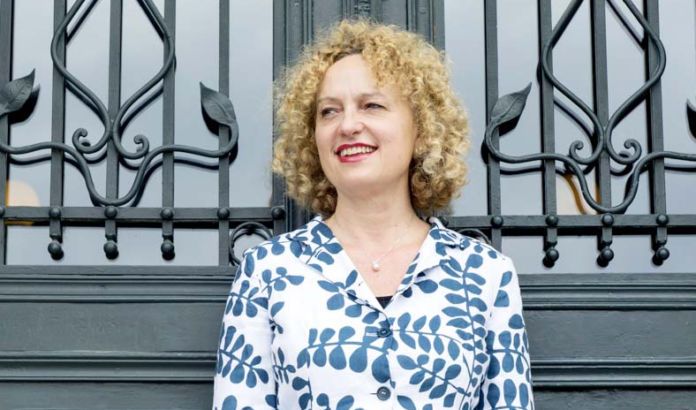 Director of Castello di Rivoli Museo d’Arte Contemporanea. Her remarkable dOCUMENTA(13) was undoubtedly one of the great exhibitions of our time. In 2019 she will receive the Audrey Irmas Award for Curatorial Excellence from the Bard College. 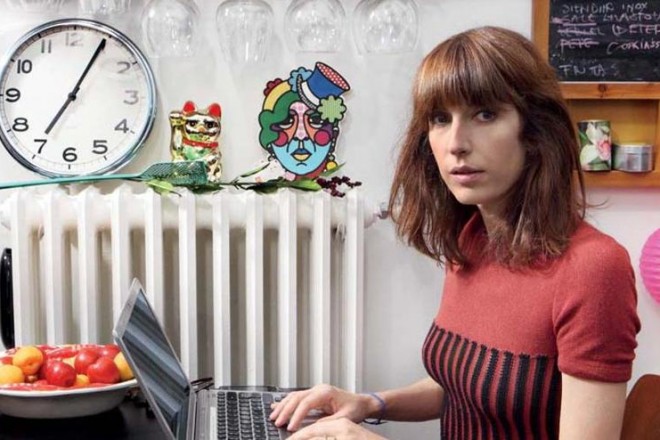 Freelance curator and contributor for Domus, L’Uomo Vogue, Rolling Stone. Curator of the Expo Gate of Milan in 2015. Founder of the Instagram show Il Crepaccio. 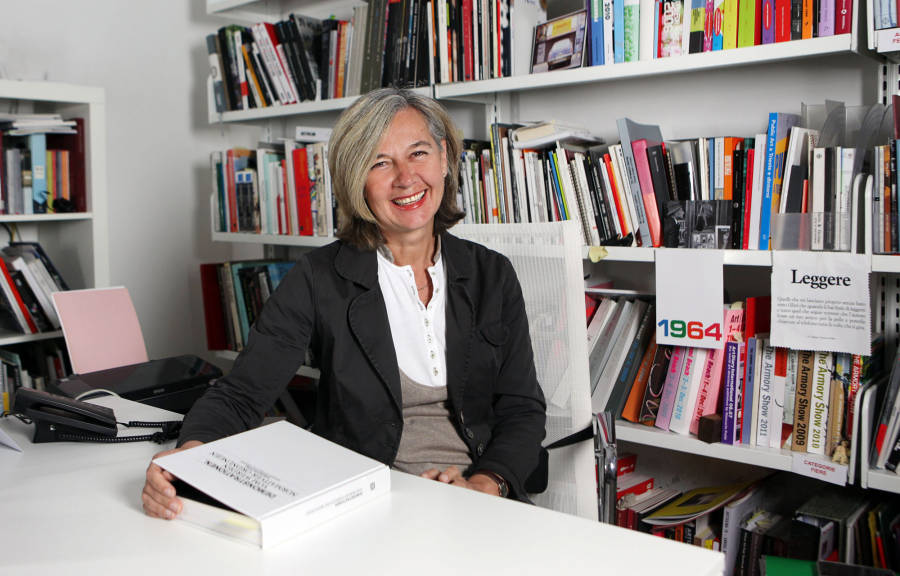 Raffaella Cortese founded her gallery in 1995 and over the years she opened three venues all in via A. Stradella in Milan. Galleria Raffaella Cortese has a strong interest in women artists who are close to the feminist and post-feminist ideas. 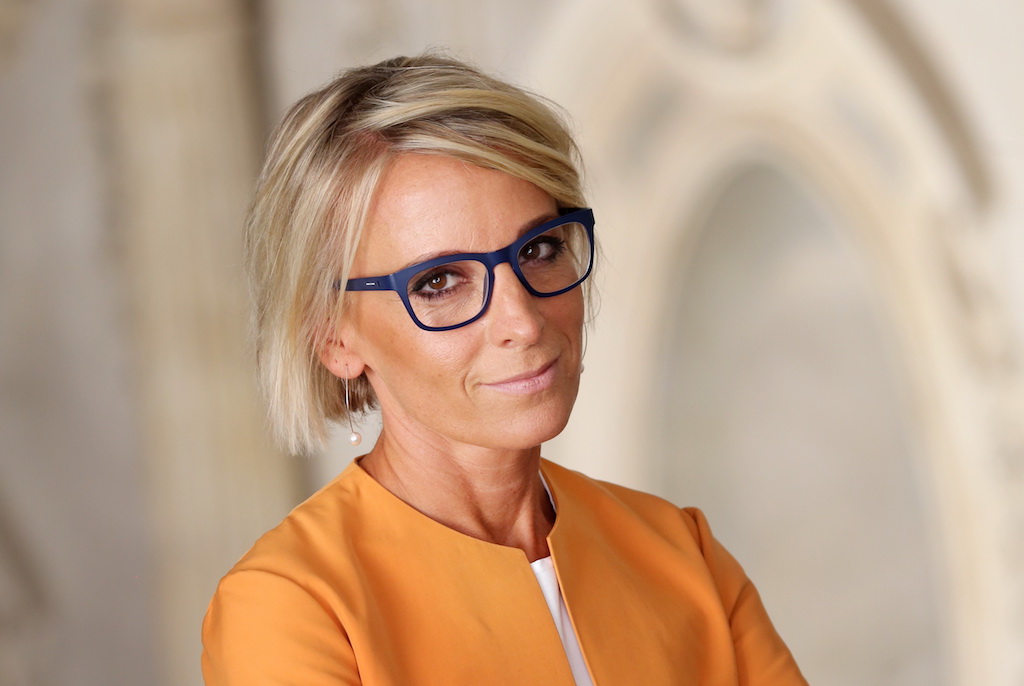 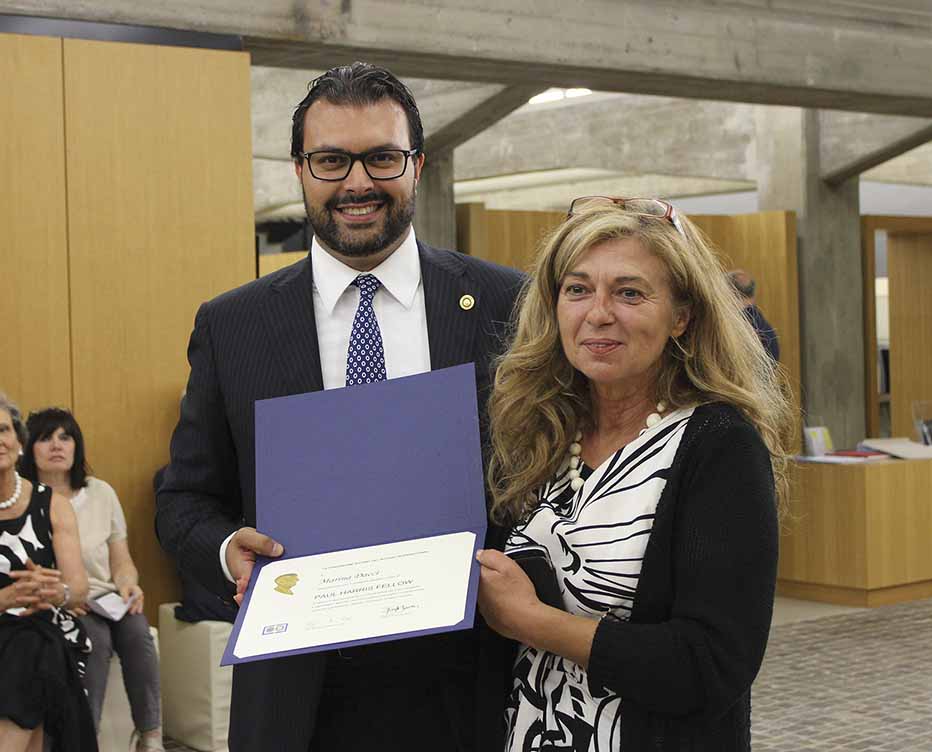 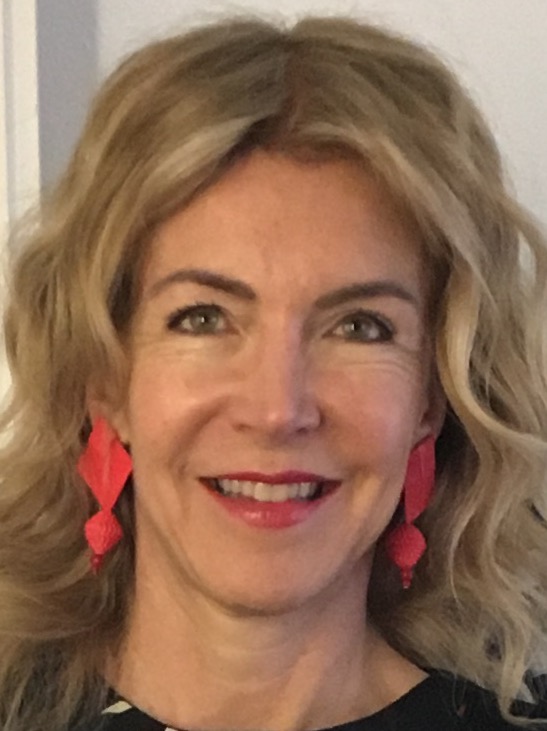 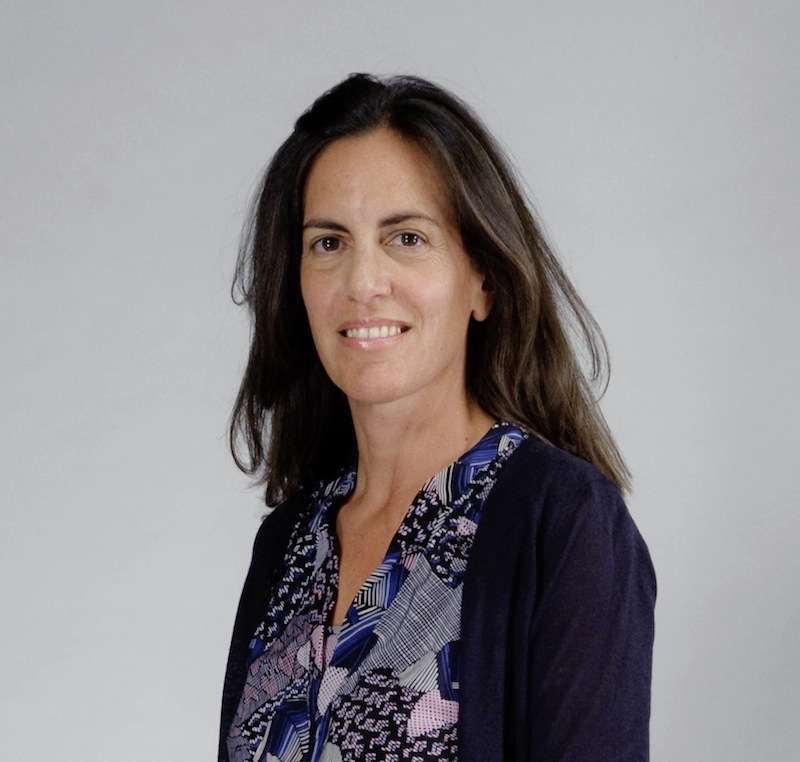 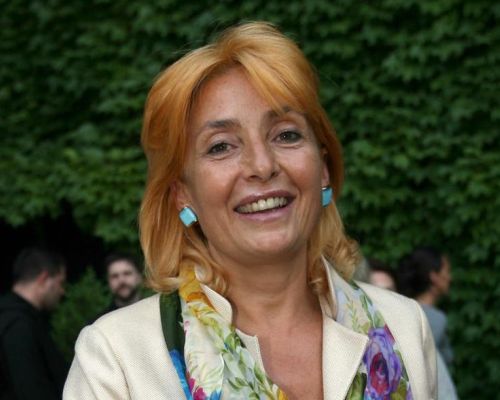 London based Italian born collector and former Chairwoman of the Fiorucci family business. In 2010 Nicoletta Fiorucci founded the Fiorucci Art Trust to promote contemporary art in conventional and unconventional ways. The Trust produces artists’ commissions, publications, residencies and workshops every year in London as well as offsite.

kaufmannrepetto gallery was originally born under the name Francesca Kaufmann in 2000. But after Chiara Repetto, Francesca’s sister, joined the gallery in via dell’Orso in Milan, they decided to change the name of the gallery and moved in another location, close to Sempione Park. kaufmannrepetto has also another venue in Chelsea, New York. 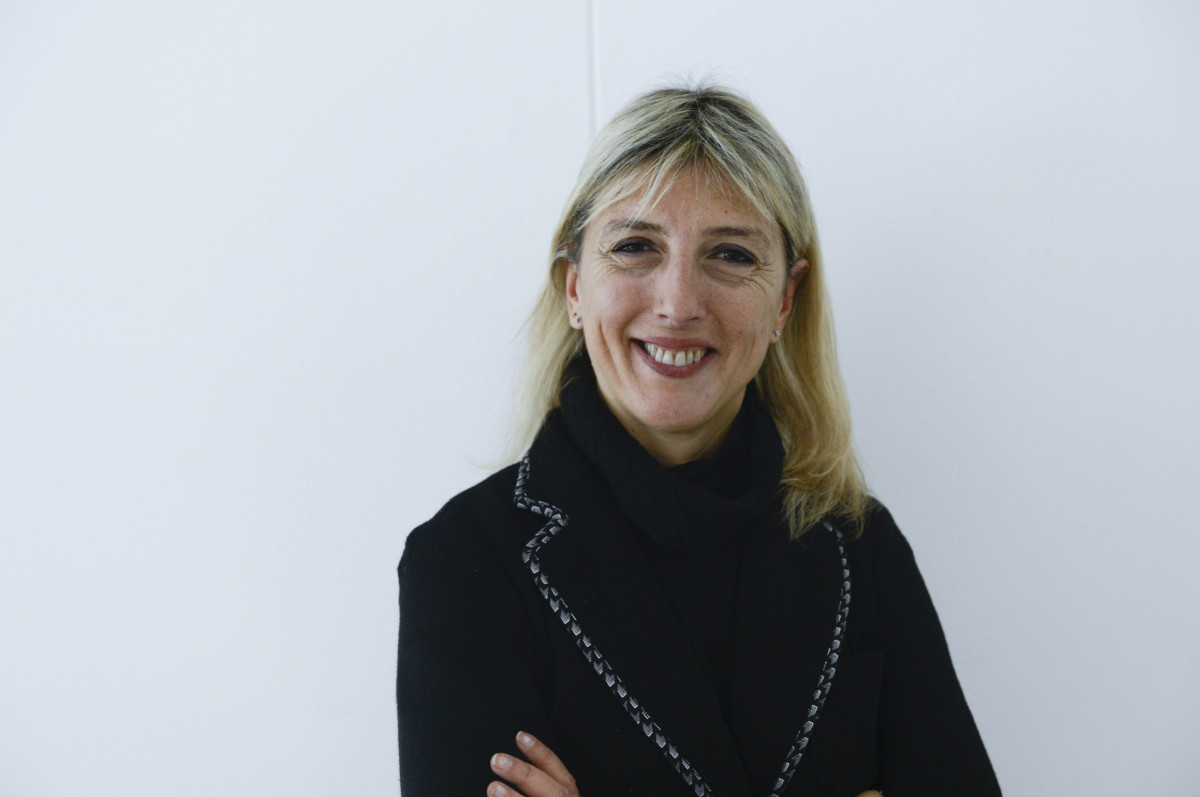 VIP Representative Italy at Art Basel. Damiana Leoni is a renowned PR in the Italian art scene. She is one of the two founders of Lorcan O’Neil gallery in Rome and she has worked at the launch of the first contemporary art fair in Rome, The road to contemporary art. 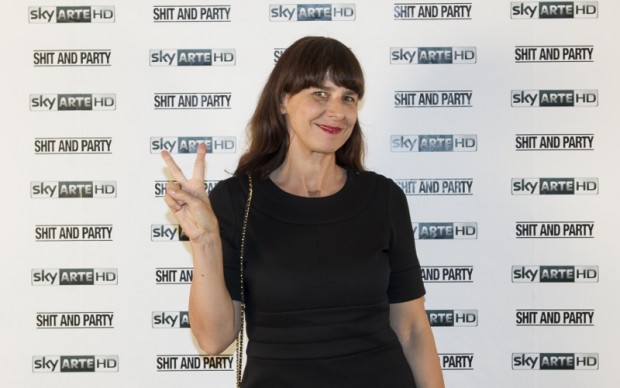 Some would define her as “image engineer”. After a short experience for the Italian television as a soubrette, Paola Manfrin started working for the advertising and immediately became an icon for the fashion and art world. Paola is a close friend of Maurizio Cattelan, that she collaborated with for 20 years, and an imaginative party planner. 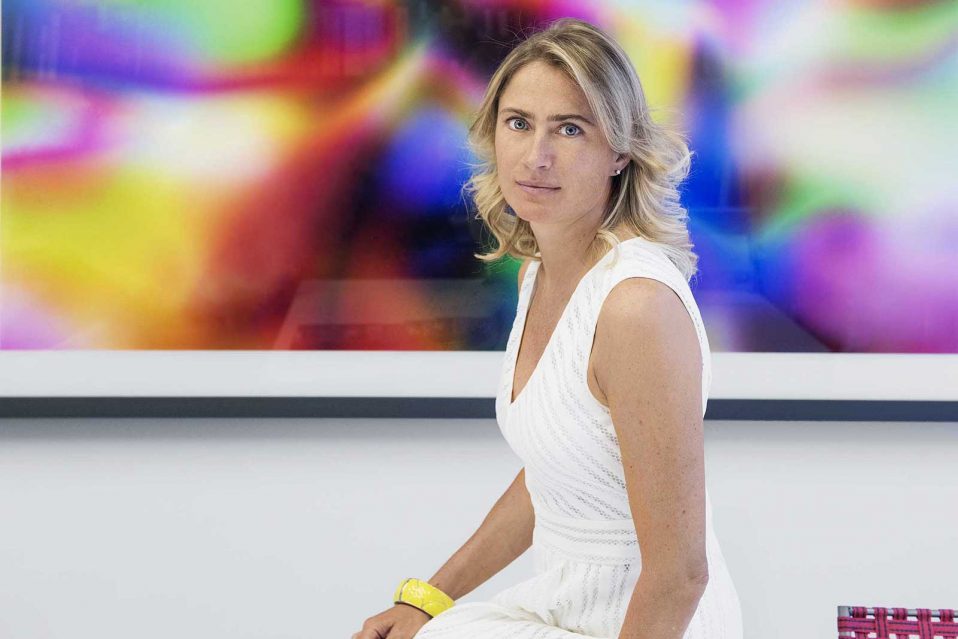 Director of Gagosian gallery in Rome. Pepi Marchetti Franchi comes from 10 years at the Guggenheim Museum, 5 as assistant to the director Thomas Krens.

Francesca Minini, daughter of the famous gallerist Massimo Minini, opened her gallery in 2006 in the brand new Lambrate district in Milan. Her research is focused on Italian and international artists of a young generation, with a special attention to those coming from the East and South America. 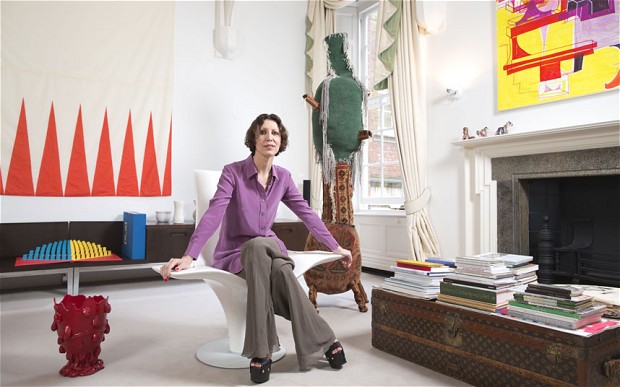 London based, Italian born collector. Since 1997 Valeria Napoleone collects artworks exclusively by female artists.  “Valeria Napoleone XX Contemporary Art Society” (VN XX CAS) is her recent project, whose purpose is to support the acquisition of significant works by female artists for Contemporary Art Society museum members. Among other Valeria’s roles: a seat on the board of New York University President’s Global Council; a position as trustee at the Institute of Fine Arts; trustee of the Contemporary Arts Society; Chair of the Development Committee at Studio Voltaire. 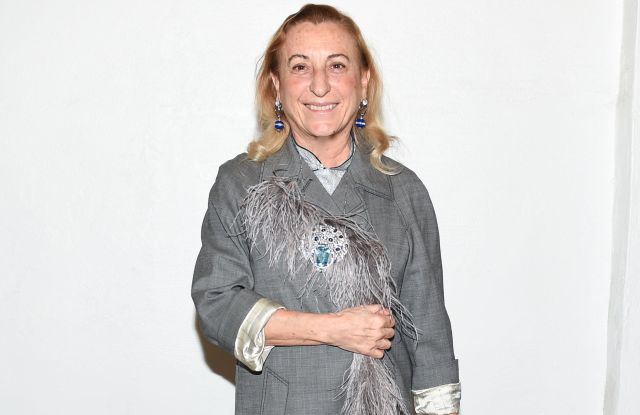 Miuccia Prada is the co-CEO and lead designer of the handbag and fashion empire Prada, which was founded in 1913 by her grandfather. She collects contemporary art pieces usually exhibited in the magnificent architectonic gem, Fondazione Prada, designed by the superstar architect Rem Koolhaas.

© Masiar Pasquali
Director of Fondazione Furla. She has been co-founder and co-director, together with her husband Vincenzo De Bellis, of Peep-Hole. 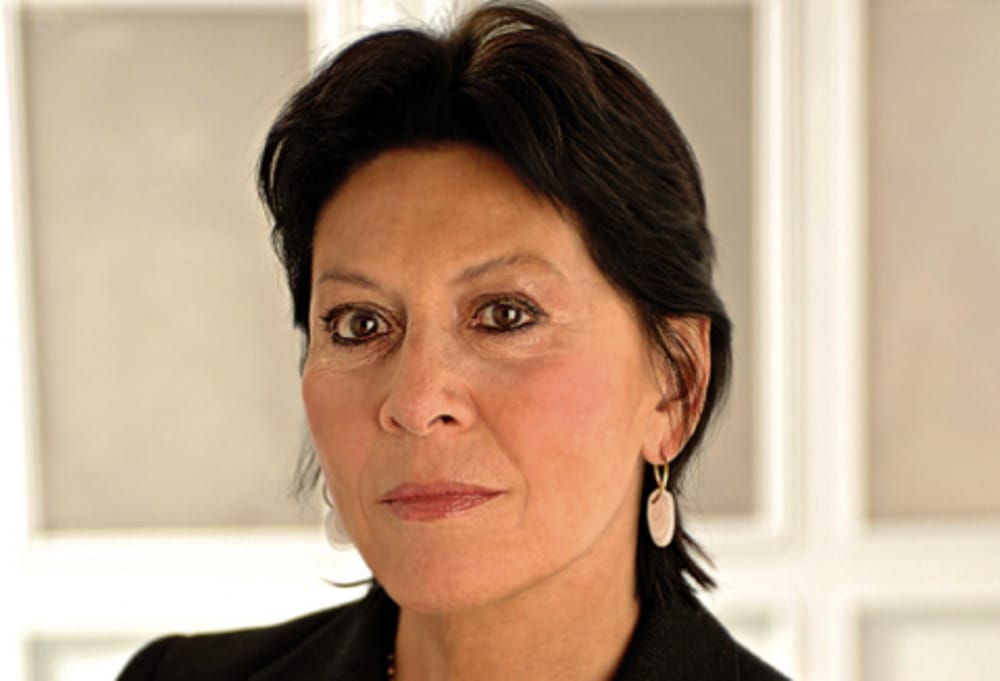 Historical gallerist that has been active since the ‘60s as a supporter of several artists’ initiatives, with her husband Marcello, who in 1969 founded the publishing house Rumma. In 1970 she opens the gallery in Naples and starts focusing on the avant-garde movements of those years, such as Arte Povera, Minimal Art, Land Art, Conceptual Art, and in 1999 she approaches Milan. 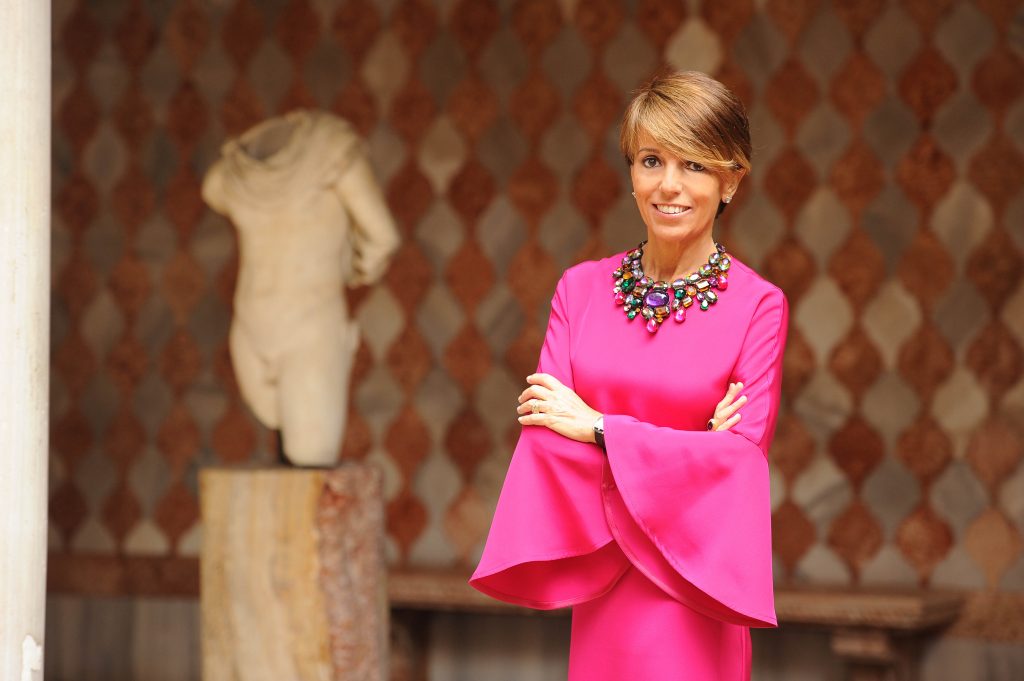 © Alessandro Trovati
Patrizia Sandretto Re Rebaudengo is one of the most influent people in the art world. She started collecting in 1992 with an artwork by Maurizio Cattelan and in 2002 she opened Fondazione Sandretto Re Reabudengo in Turin, with a strong educational vocation.

Bendetta Spalletti, the niece of the artist Ettore Spalletti, founded the gallery Vistamare in Pescara in 2001 and with the co-director Lodovica Busiri Vici, they opened a new venue in Milan in 2018. 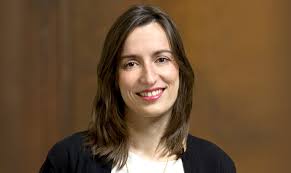 After 10 years as assistant of Massimiliano Gioni at Fondazione Trussardi, Roberta Tenconi took over Andrea Lissoni at Hangar Bicocca in Milan, where she is now the curator.
#Italian Art Scene #women 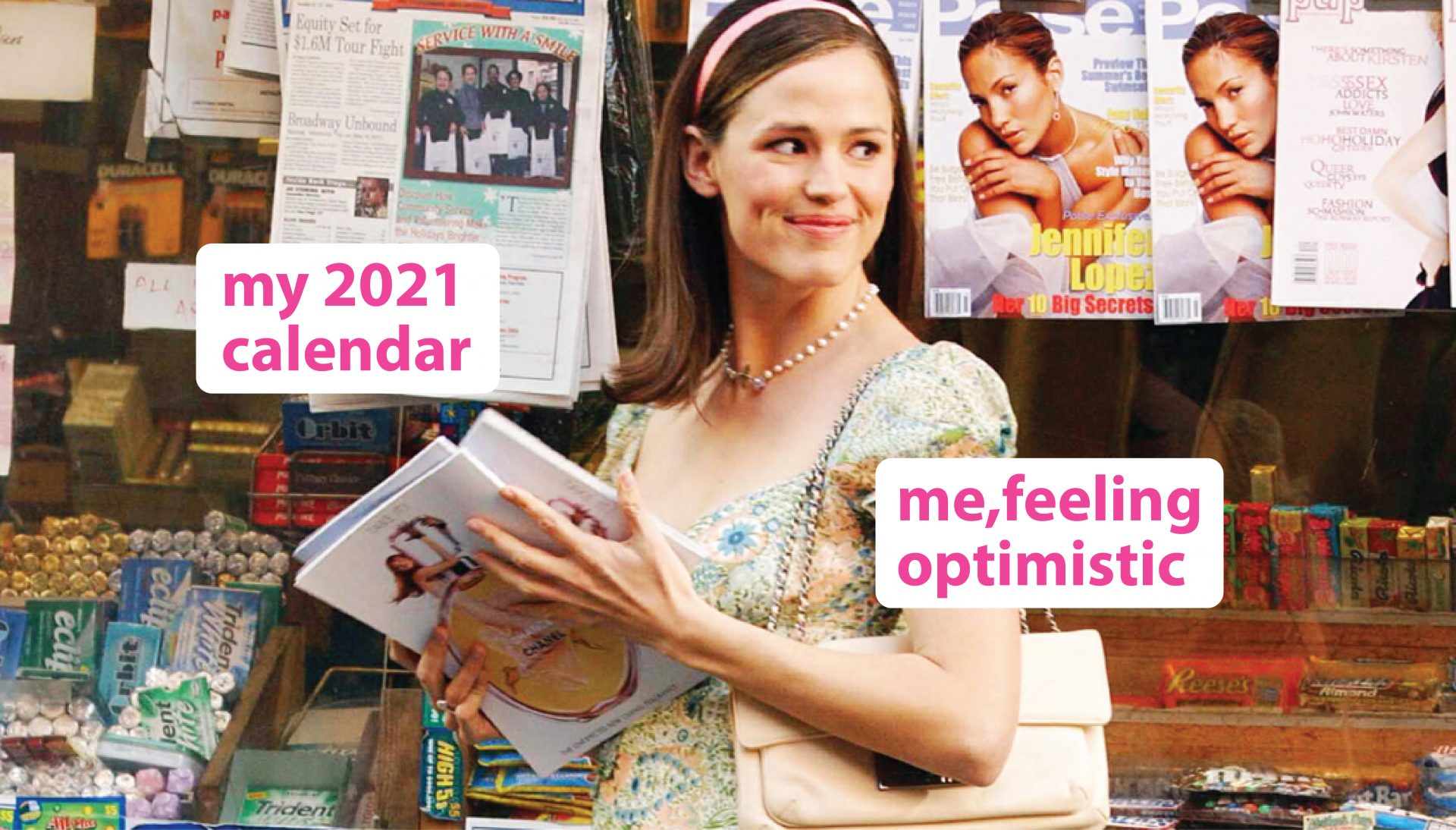 What To Consider Before Making A Career Change 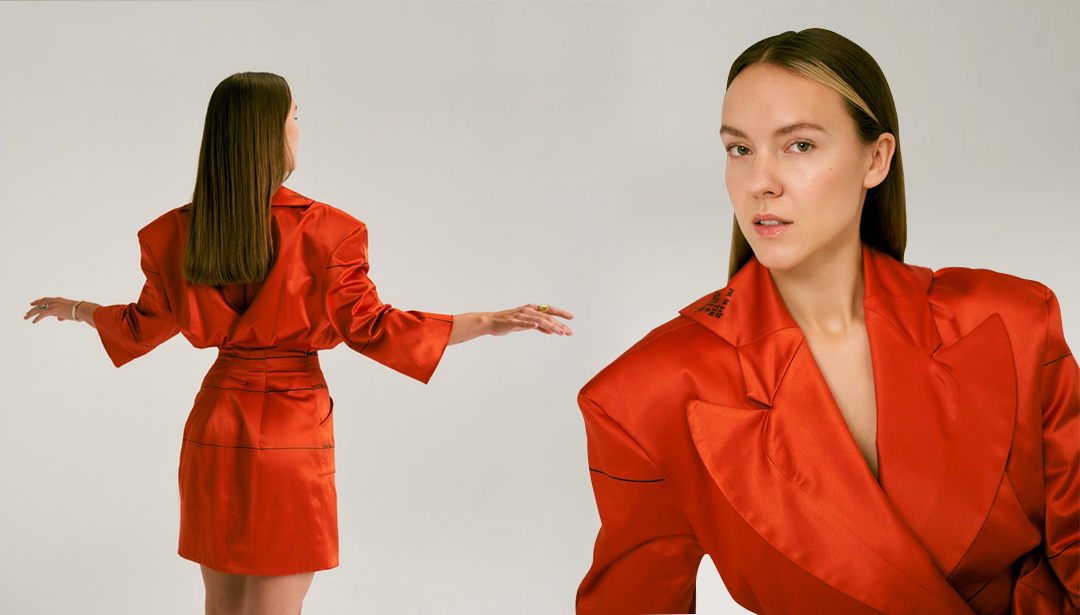