The art world is known for being very serious: made up of quiet galleries, stern gallery staff, and intensely high finances. But did you know that there are plenty of people who breach the art world with the comedy world? There’s plenty to make fun of in the art world, even the most die-hard art fan has to admit that at times, it’s all a just a little silly. Here are 7 comedians who explore art in their work – some you might know, and some new faces you have to check out. 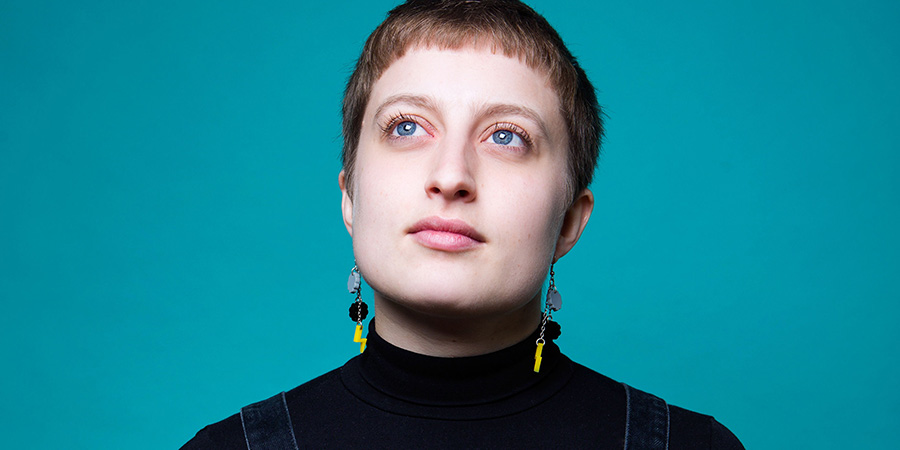 Harriet Braine is a musical comedian who changes the lyrics to famous hits to reference artists and art historical movements. Want to hear the story of Cezanne to the tune of The Police’s ‘Roxanne’? Or maybe ‘Monet Monet Monet’? Harriet won the Funny Women Stage Award in 2016 and Best Newcomer at the Musical Comedy Awards that year, too. Listen to her Soundcloud here. 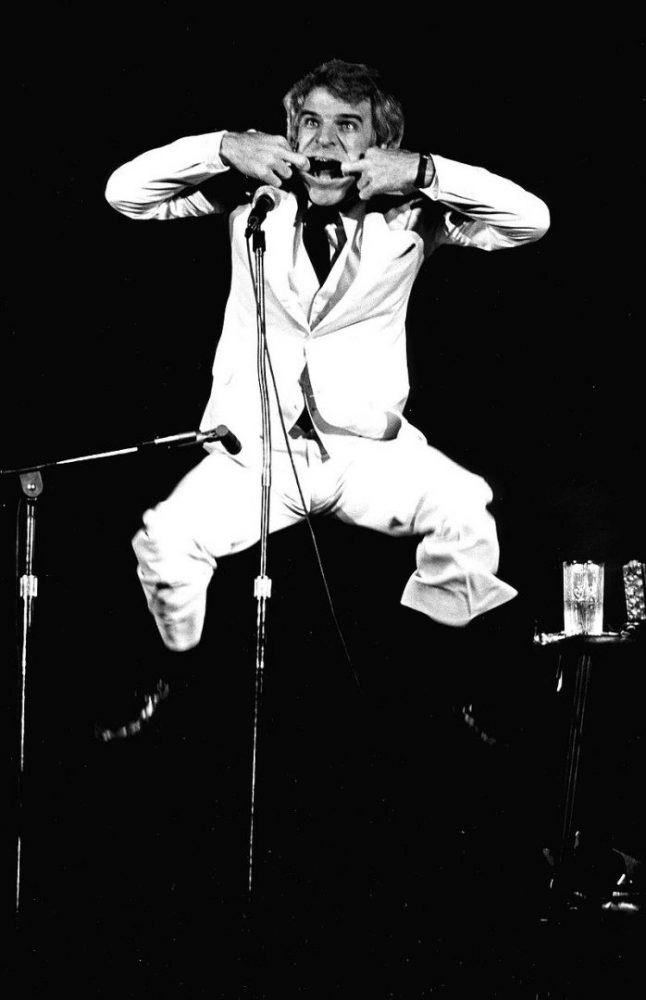 Steve Martin – the legendary comedian known for Cheaper By The Dozen, Father of the Bride, and  Little Shop of Horrors –  is a huge art fan with works by Georges Seurat, Edward Hopper, Cindy Sherman and other big names in his collection. You can hear him speak about the little-known Synchromists group on the BBC here. 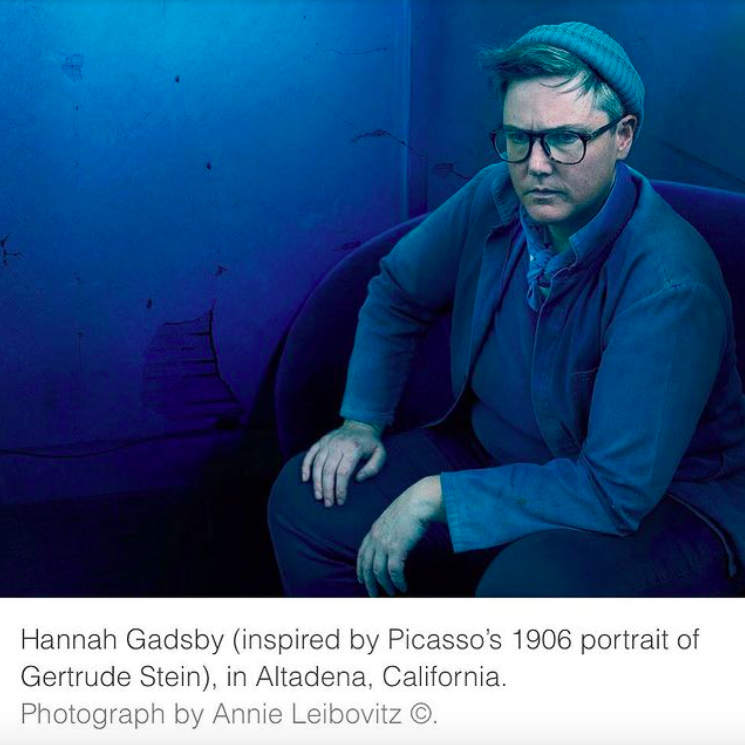 Hannah Gadsby rocketed into fame with her Netflix special ‘Nanette’ in 2018. She has a bachelor’s degree in Art History and Curatorship and speaks about the art world at length in her shows. We particularly love how Gadsby calls out misogynist artists on their sh*t. Watch ‘Nanette’ and ‘Douglas’ on Netflix, and listen to ‘Hannah Gadsby: Arts Clown’ on the BBC here. 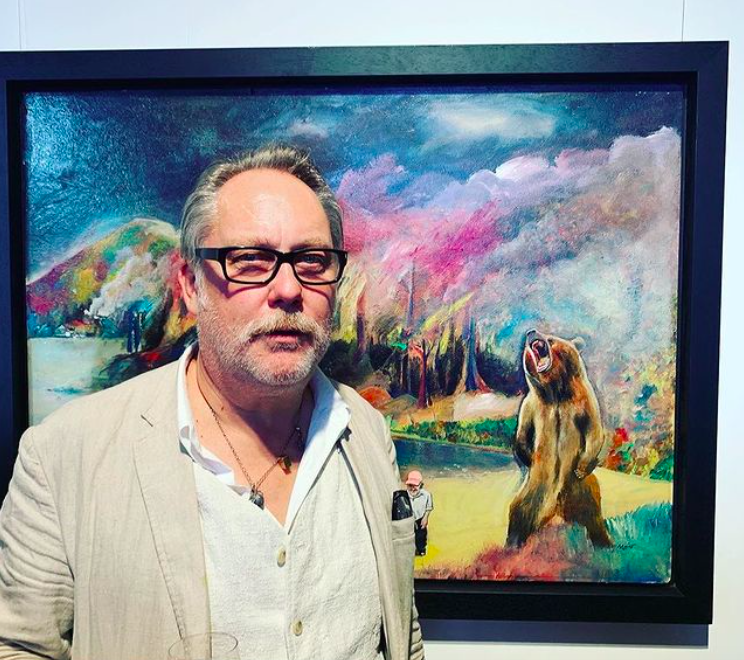 Jim Moir (better known as Vic Reeves) is a hilarious, surrealist comic but he’s also an accomplished artist. He studied art at college in the 1980s, and his performance art pieces morphed into the slap-stick, bizarre comedy we love him for. His paintings  are satirical and grotesque and often feature celebrities. He presented a programme about the Dada movement back in 2016 to celebrate its 100th birthday, and you can watch clips here. 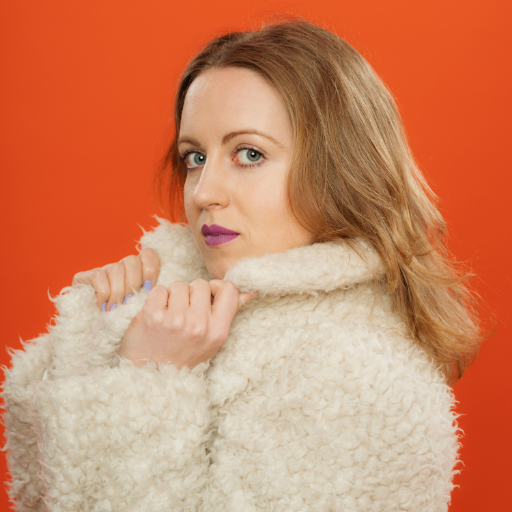 Annie McGrath is an accomplished comedian, artist, podcast host, and curator. Her exhibition ‘Art is the Best Medicine’ went viral in 2019, featuring artworks created by comedians including Vic Reeves, Harry Hill, and Jessica Hynes. We love her podcast ‘Secret Artists’ where she invites a new comedian each week to bring in an object to inspire their conversation, and which they paint while they chat. You can listen to the show here. 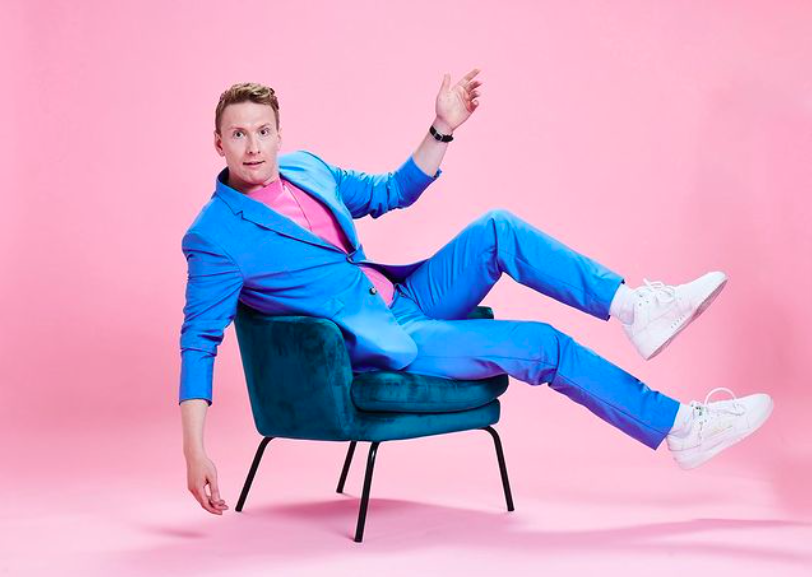 Joe Lycett is one of the UK’s favourite comedians and television hosts. He is also a brilliantly funny painter, but is entirely self-taught. A fan of art in all forms, Lycett is the host of ‘The Great British Sewing Bee’ in which competitors take part in sewing challenges. He has spoken about art on various programmes including Grayson Perry’s Art Club and here for Birmingham’s Ikon Gallery. 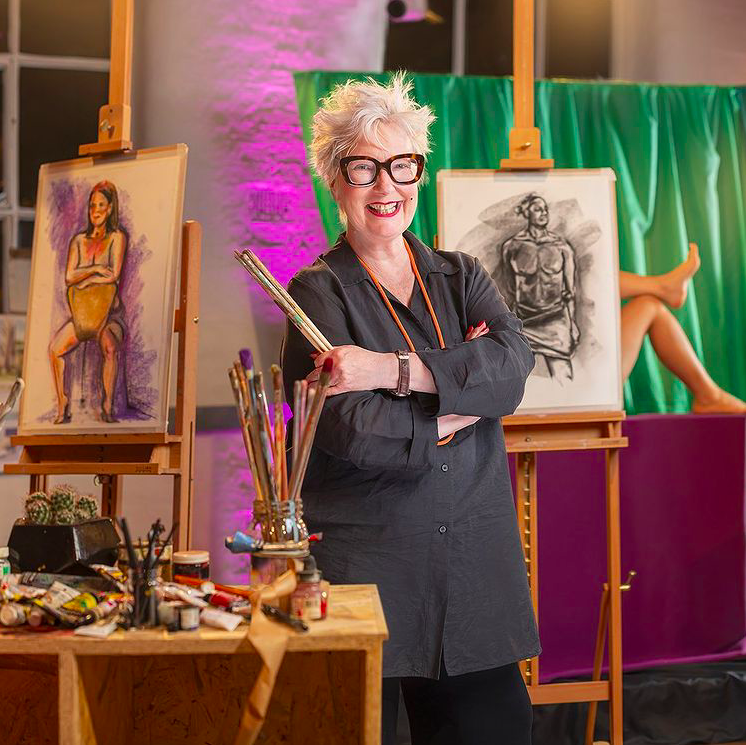 Jenny Eclair is a comedian, artist, writer and television host. She was a life model in London in her 20s and has recently hosted ‘Drawers Off’, a drawing class competition in which each artist also takes their turn being the life model. She has written various books which touch upon the lives on models and artists. Buy her novel ‘Moving’ which focussed on artist and illustrator Edwina Spinner, here.

Did you know that our writer Verity Babbs has a comedy video series ‘Art Laughs’ where she interviews comedians about an art work of their choice? Check out her episode with Jenny Eclair here. 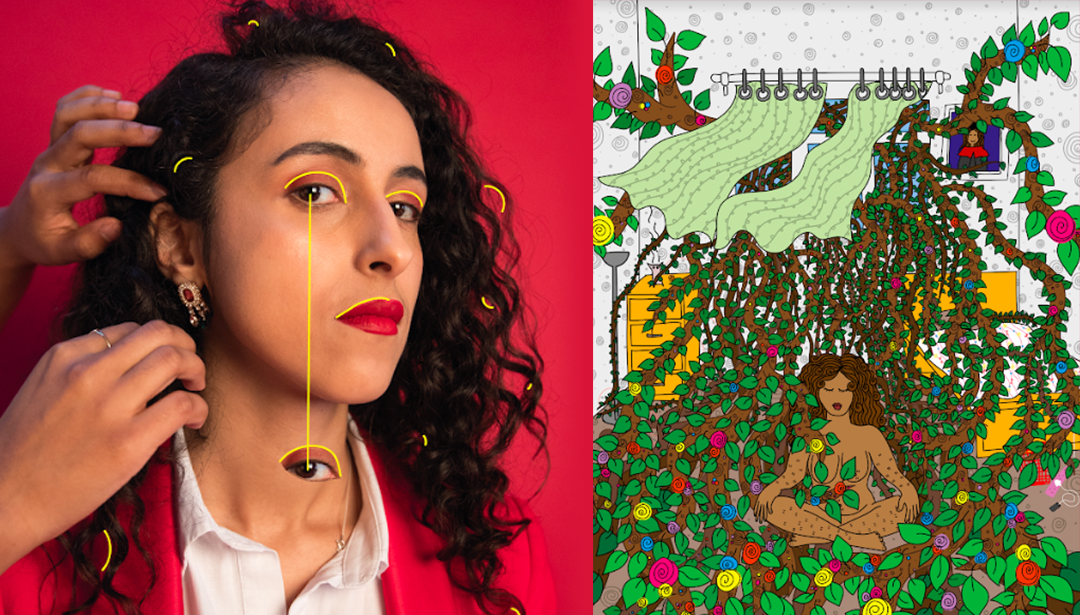 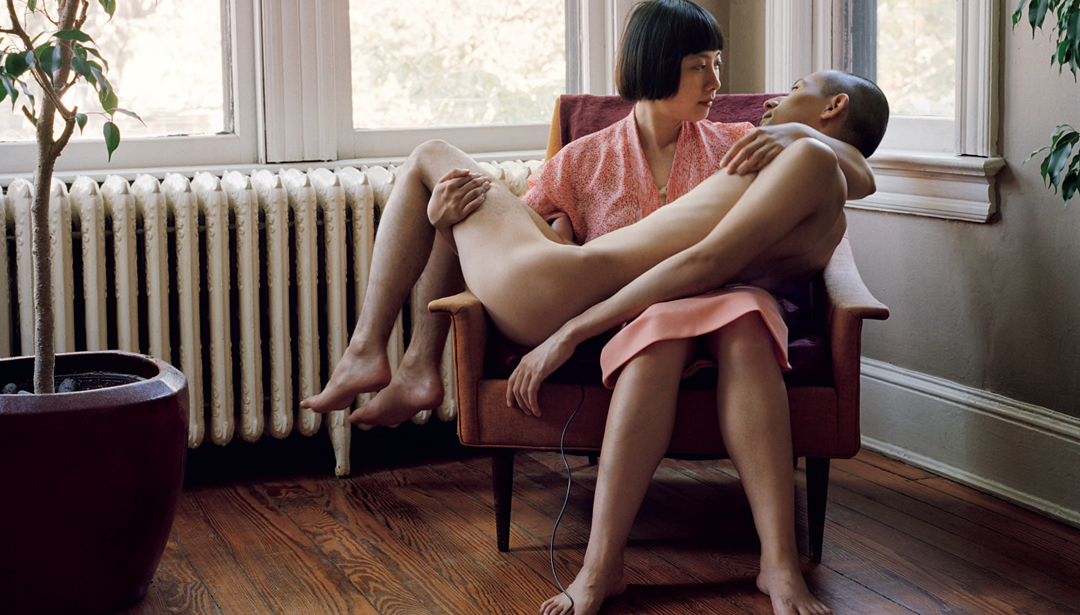 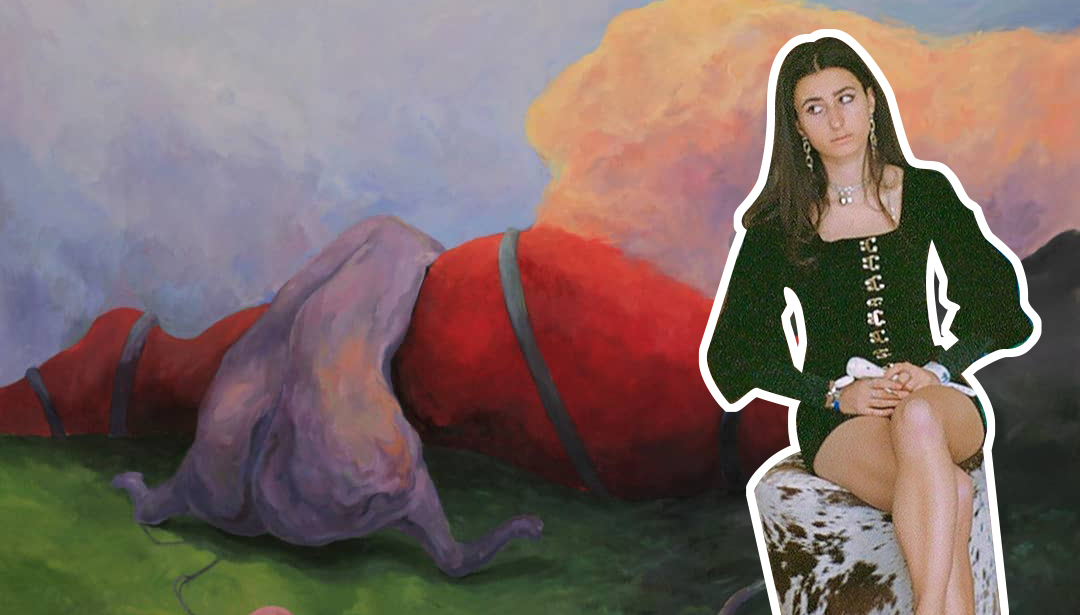