The collector and patron Peggy Guggenheim is an iconic character, who helped put modern art and female talent on the world’s stage. Find out more about the self-described “art addict” here.

Her father died on the Titanic

Marguerite “Peggy” Guggenheim was born into a fabulously wealthy family on August 26, 1898 in New York , the daughter of Benjamin Guggenheim and Florette Seligman. Her uncle was Solomon R. Guggenheim, an art collector and owner of the iconic museum in New York. In 1912 at the age of 14, Peggy’s father tragically died a hero on the Titanic. He is even depicted in the Academy-Award-winning film.

She shaved off her eyebrows as a child

Throughout her life Peggy liked to reject her bourgeois upbringing and considered herself the “black sheep or the enfant terrible ” of the family. She liked to express her rebellion through her appearance, apparently shaving off her eyebrows in high school to shock her family and peers.

The Sunwise Turn, A Modern Bookshop was a bookshop in Manhattan, New York City owned by Mary Horgan Mowbray-Clarke and Madge Jenison, where Peggy began an internship in her early years. Mowbray-Clarke was the wife of a sculptor and Jenison was an admired author and activist. The bookstore served as a literary salon and often held small art exhibitions for emerging artists. It was also a hub for socialist ideas to flourish and a place for creatives to gather such as F. Scott Fitzgerald, Alfred Kreymborg, Maxwell Bodenheim, Theodore Dreiser, Robert Frost, Harold Loeb, John Dos Passos and others. At the time, she was living off an inheritance, and instead of being paid with money, she was paid in paintings from the exhibitions.  Peggy credited the shop with spurring her love of collecting.

She brought Jackson Pollock to the masses

In 1938, Peggy opened Guggenheim Jeune, her first gallery, in London, displaying surrealist, abstract and other modernist movements and styles of art. During this time she set herself a target : “I put myself on a regime to buy one picture a day” which she achieved with her inheritance and art circles. The first work she bought was Jean Arp’s Shell and Head (1933) of which she said, “I fell so in love with it”.  In addition to presenting works by established artists like Pablo Picasso, Georges Braque, and Constantin Brâncuși at the Guggenheim Jeune, Peggy’s shows included pieces by up-and-coming artists at the time, like Robert Motherwell, Mark Rothko, Hans Hoffman and Clyfford Still. She discovered Jackson Pollock when he was a humble carpenter in Solomon Guggenheim’s museum at this stage of her life. Peggy later commissioned Mural, which launched Pollocks successful career in 1943. She gave him his first exhibition in 1950 at the Museo Correr in Venice. Guggenheim would later describe her “discovery” of Pollock as her “greatest accomplishment!”.

The Louvre stuck their noses up at her collection

By today’s standards a collection of art by names such as Picasso, Miro, Margritte, Man Ray, Dali and Klee would be extremely lust worthy. However, at the time it was seen as too ‘out there’ and the Louvre refused to house it during the Nazi invasion. Peggy was then forced to smuggle her collection the United States as “household goods”, hidden among sheets and dishes.

Her interior decorating taste was just as wacky as her fashion

Peggy’s flair for avant-garde style did not only apply to her fashion sense. Her dramatic designs also extended to the interior of her galleries. The Cubist gallery had blue walls, turquoise floors, and the art on pulleys. In the Surrealist gallery there were flashing lights, curving walls, amorphous wooden furniture designed by architect Frederick Kiesler and recordings of trains that would echo throughout the gallery.

She had an interesting love life

As well being known for her collection of 20th Century artwork, Peggy is also known for her interesting love life, rumored to have gone to bed with over 1,000 men and occasionally women. She liked to write about the people she slept with and made it very public, which was crazy for a woman at that time. Her two marriages were to artists, Dadaist Laurence Vail and Surrealist Max Ernst, amidst a liaisons with the likes of Samuel Beckett and Constantin Brancusi. In her autobiography she explains that, when she was young, her many boyfriends were too respectable to have sex with her; but she had discovered (at 23) photographs of frescoes from Pompeii: “They depicted people making love in various positions, and of course I was very curious and wanted to try them all out myself.”

Along with art, travel and men, her other passion in life was dogs. Her dogs along with her butterfly sunglasses became an emblem of the flamboyant collector who she gave interesting names to such as Cappuccino, Hong Kong, Gypsy, Emily, Butterfly, Baby, and more. When she died her ashes were scattered in a corner of her sculpture garden at the Palazzo Vernier besides her dogs ashes. So, today, in addition to visiting the ground-breaking figure’s grave, visitors to the Peggy Guggenheim Collection can also pay their respects to the other important Guggenheims: her 14 late Lhasa Apsos. “Here lie my beloved babies,” a plaque above her beloved dogs tomb reads.

7 Artists Putting a Modern-Twist on Landscapes 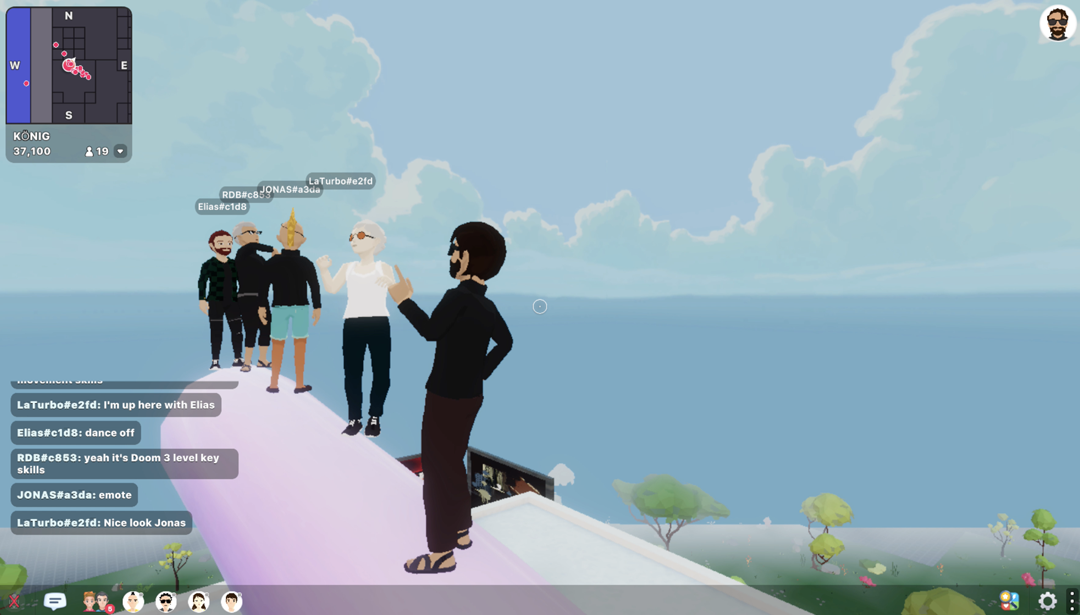 "The Artist is Online" Is Online At König Gallery