Pop culture is teeming with examples of gorgeous and glam gallerinas, and art girl stereotypes to match. Like the model or the actress, the art girl has become a perennial cultural figure. But like the model or the actress, there’s much more than meets the eye.
While models and actresses have a pretty fixed cultural script (not that it’s true!), the art girl is a bit harder to pin down. In fact, the art girl is like a smoothie from your fav juice bar that you’ve never managed to recreate at home: she’s elusive, mysterious and a blend of contradictions.
Still, art girl stereotypes are definitely out there. They’re floating around in TV, movies, media and everything in between. From Charlotte in Sex and the City to Marnie in Girls, we have our fair share of stand-out gallerinas in pop culture.
But the thing about art girl stereotypes, and stereotypes in general, is that they aren’t always true. We consider ourselves a pretty reliable source on the matter, so take it from us. In the spirit of full transparency, we set out to rate and debunk the top art girl stereotypes. Here’s what we found.

1) She has great style

By far the most common of art girl stereotypes, this one is pretty spot on. Even the New York Times knows it. It’s hard to say if good style is a requirement of the job, or if the art world just naturally attracts stylish women. Probably, it’s a little bit of both. Either way, one thing is sure: gallerinas are the best dressed women in the game.
While fashion people tend to be bold and daring, wearing all the latest trends each season, art people tend to fall into one of two camps. Camp one: the artists. Here you’ll find more quirky, individual style that cares little about trends and even less about what other people think. Camp two: the gallerinas / museum workers. Here you’ll find lots of perfectly tailored silhouettes, flattering cuts, and avant-garde styles that aren’t on-the-nose trendy.
Our verdict: 100% true

2) Daddy pays for everything 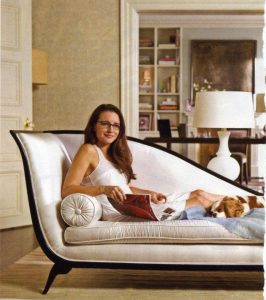 It’s hard to imagine how Charlotte pays for that Upper East Side apartment on her gallerina’s salary.
This one is tricky. With their effortless poise, patrician good looks and classy wardrobes, it’s tempting to assume that all gallerinas are born into money. But of all the art world stereotypes, this one is probably the least true.
Traditionally, art world career have carried the stereotype of being reserved for the independently wealthy. Like with every stereotype, there are of course women who fit the bill. (Think the protagonist of My Year of Rest and Relaxation). But do a higher percentage of art world women actually get financial support from their families than in other industries? I haven’t run the numbers, but I doubt it. Most likely, the flawlessly elegant art girl you see busted her ass off for years, skimping on rent and avocado toast until a combination of luck and talent got her a big break.
Our verdict: 25% true

3) She lives on coffee and cocktails 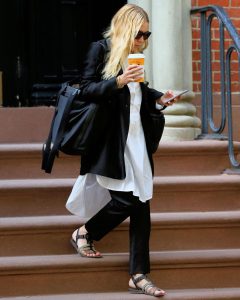 Maybe it’s Sex and the City, maybe it’s just life. Whatever it is, it’s hard to picture a gallerina ingesting anything other than a cold brew, a cosmo, or the occasional white asparagus at Basel. With the art world social scene being what it is, coffee and booze easily become a lifestyle. Between late nights at openings and early mornings (and long, stressful days) at the gallery, it’s only natural to crave a little pick-me-up and wind-down every now and then.
Plus, according to art girl stereotypes, gallerinas are notoriously thin and willowy. Sure, it’s a bit controversial, but we’re going to go there. Maybe it’s the stress of the job, maybe it’s unspoken pressure, or maybe it’s something else, but when I think gallerina, the woman that comes to mind isn’t exactly plump and jolly. More like an Olsen twin.
At first, it seems that observation confirms this art girl stereotype. Walk into an art fair and you’ll find yourself surrounded by caffeine-guzzling runway models, or so it feels. The media definitely doesn’t help. There aren’t tons and tons of art girls in pop culture, but they’re pretty much all long and lanky. But there’s a caveat, and it’s called confirmation bias. It means that what you’re looking for, you’ll find. Shift your mindset to searching for art girls who don’t have a Barbie doll BMI, or who skip the cold brew for a morning matcha, and you’ll start to see a totally different picture of the art world.
Our verdict: 50% true

4) She’s aloof and kind of intimidating 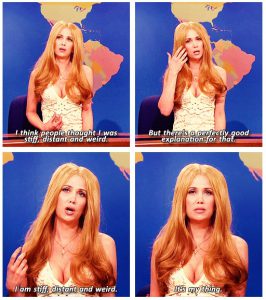 Your typical gallerina isn’t exactly bubbly. Sure, she’s social and well connected, but she’s probably not the most approachable person in the world. She knows how to turn on the charm when the situation calls for it (read: making a big sale), but day-to-day, she might be a victim of resting bitch face syndrome. I haven’t crunched the numbers, but if we analyzed the IG posts or LinkedIn avatars of art girls vs. the general female population, I’m sure we’d find a lot fewer smiles.
But of course, every rule has its exceptions. Sex and the City’s Charlotte is a great example—she’s no Carrie, but she’s not a stone cold bitch, either. If we were sitting next to each other at the airport gate and I asked her if the flight had started boarding yet, I’m sure she’d tell me and be nice about it. They might not be the face of the art world, but there are definitely some Charlottes out there.
Our verdict: 75% true

5) Underneath her glam exterior, she’s a hot mess 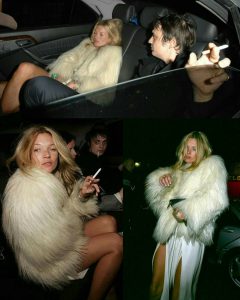 This is another dicey art girl stereotype, but surely one worth investigating. Take pop culture. Marnie is a great example of an art girl who seems super composed on the outside, but has a massive shitstorm of unresolved issues churning under the surface. I won’t name any names, but sometimes I feel like I’m constantly bumping into this type of art girl IRL, too.
Personally, I’m convinced there’s some truth behind this art girl stereotype. Take it with a grain of salt, but here are a couple possible explanations:

All in all, the jury is out on this one. I’ll give it a 50% truth ranking, with a hefty margin of error.
Agree? Disagree? Did we miss any art girl stereotypes? Be sure to let us know! 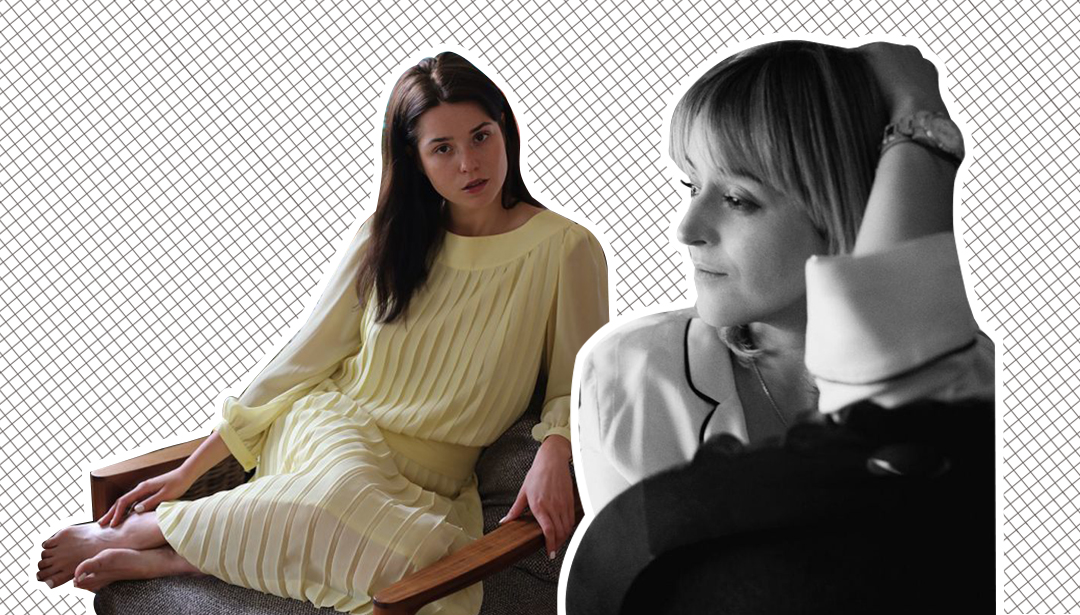 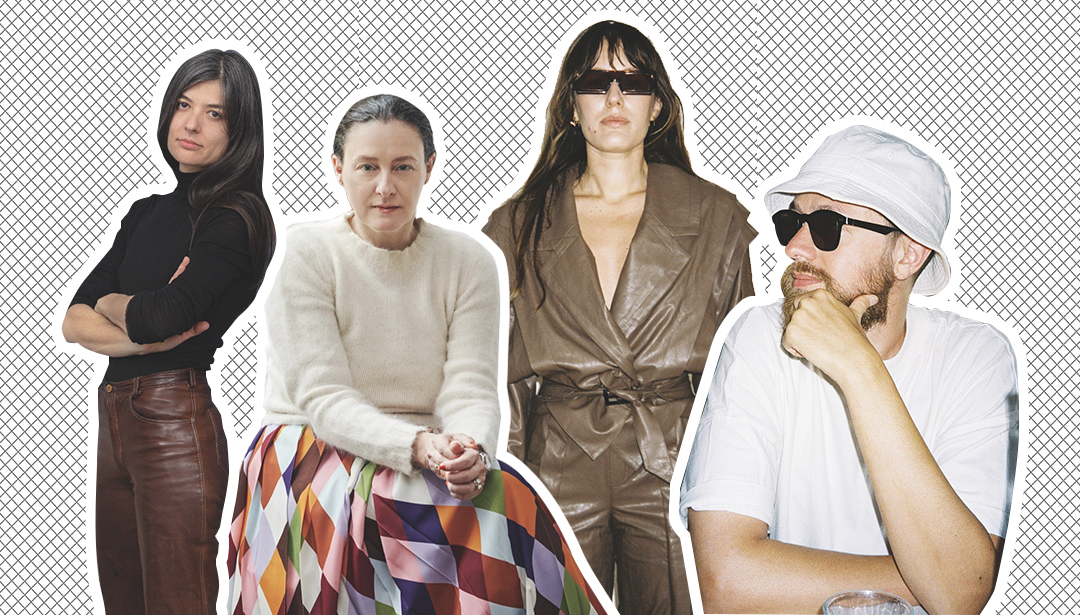