Raise your hand if January has been the longest month of your life. At one point, I accidentally wrote January 923rd in my journal when really it was… the thirteenth. I’d really like to see some research done on this long-ass January phenomenon, but while we’re waiting for the facts, we might as well do so on the couch, gently half-snoozing as LED light dances across our faces. Friends, I’m talking about Netflix.
To say that Netflix has been on a roll lately is a bit like saying that 2018 was hard, or that Berlin is sceney, or that Oreos are addictive (guys, they put stuff in there so that you literally… can’t… stop… eating). A massive understatement.
Unlike in the past, when everyone watched the same two shows and went to see the same movies, the selection today is an unlimited buffet. And not even a cheap Chinese buffet that’s probably 90% MSG! These days, there’s so much quality content to stream that you could binge-watch until May, never leaving your couch, and still not run out of award-winning programming. Pretty sure that’s what they call progress.
But since sitting on your ass watching TV for the next three months isn’t very realistic, a girl’s gotta curate her watchlist carefully if she wants to have a social life, a relationship, a job, and maybe even exercise and sleep every once in a while.
Lucky for you, we did the grunt work for you. Lo and behold, here’s what we’ve got queued up while we’re patiently awaiting beach season.

Struggle: The Life and Lost Art of Szukalski

The story behind this documentary, produced by Leonardo DiCaprio of all people, is as strange and difficult to grasp as the artist’s last name for the non-Polish among us. The “greatest artist you’ve never heard of,” Szukalski is a self-proclaimed genius and, like many self-proclaimed geniuses, a bit of a character, as you’ll see in his interviews. After gaining recognition young, Szukalski lost the bulk of his artwork in World War II and fell into obscurity. Now, he has been rediscovered in L.A., a place he calls “the cultural Siberia of America.” Whether or not Szukalski is the Michelangelo of our day, you’ll have to judge for yourself, but if you like an obscure, art-related and dramatic documentary, you’ll want to add this one to your watchlist.
Marguerite

We love an obscure biopic, but a quirky AND French AND obscure biopic? Impossible to pass up. A very, very bad singer chases blindly after her craft, regardless of what those around her say. It makes for a sublime and surprisingly touching dramedy. This film is cringey and hilarious, but at times, it hits a little too close to home: who hasn’t been secretly terrified that they’re terrible at their passion but nobody has the guts to tell them?

A black hole of sunshine and adorable baby animals trapped in the body of a petite Japanese woman, Marie Kondo elevates cleaning to an art form. This isn’t your mom’s home makeover show; the most surprising thing about Tidying Up is how quickly a simple closet clean out evolves into a full-on, soap opera-caliber therapy session. I mean, we all have that type-A friend who swears that cleaning the entire house is cathartic, but does anyone actually believe them? Well, turns out there’s some truth to the very dubious claim. Watch this show on a Sunday morning and you’ll see for yourself—you’re guaranteed to be off the couch, folding all of your sweaters into perfect little squares like a crazy person in no time.

Did you read and love The Little Prince as a child? If yes, this is the perfect feel-good documentary to half-watch as you fold your sweaters into perfect little squares. If not, skip ahead.

I’m not sure if the Chanel Haute Couture show qualifies as one of the biggest events in human history, but then again, neither does the Kentucky Derby or the Westminster Dog show. But it’s all a matter of perspective. Start with Episode 6, CHANEL Haute Couture Fashion Show.

If you haven’t seen this movie yet, ghost on your Bumble date and pop some popcorn—shit’s about to get arthouse. One of the pivotal works of cinema of our time, The Danish Girl stars Eddie Redmayne, British heartthrob whose range is so great he can play a disabled physicist genius (Theory of Everything), a sexy, waifish revolutionary (Les Misérables), and now, a transgender artist. In The Danish Girl, an artist couple’s relationship is tested to the max when the husband begins to transition into a woman. The result is arresting; you’ll be mulling this film over for a long, long time.

Before there was Hedi Slimane there was Yves. This biopic is sexy, filled with gorgeous clothes from the late 1960s and early ‘70s and gorgeous people… what more could you want? You could want a plotline, which, granted, this movie somewhat lacks, but the glitz and glamour more than makes up for it. Perfect to play while you get ready for a night out.

For fans of Sophia Coppolla’s iconic Marie Antoinette (with an even more iconic soundtrack, btw), here’s another swanky and debauched look into the Ancien Régime’s final days. Léa Seydoux from Blue is the Warmest Color and Spectre is back as Marie Antoinette’s lady-in-waiting who charms her way into the queen’s inner circle… and maybe even into her bloomers (you’ll have to watch to find out!). It might not sweep the awards circuit, but it’s not often that you get to watch a sultry period piece that isn’t centered on a hetero relationship, so it’s got that going for it.

If your ideal Friday night doesn’t include being scared shitless, watching two conventionally hot people slowly fall in love, pondering the future of humanity or crying into your Ben and Jerry’s, this is just the thing for you. Designer Kyle Ng travels around the world hunting down the stories behind street wear, delivering a docuseries that’s juuuust thoughtful enough to keep you intellectually engaged—and to stave off the guilt of wasting hours of your life in front of your laptop screen (that’s why I can’t, despite my sincere desire, watch Keeping Up With the Kardashians).

If, on the other hand, you like a little salt in your popcorn (read: you will be crying into your popcorn), this one’s for you. Nina Simone needs no introduction; dive deep into this jazz icon and American Civil Rights Movement activist’s music, life and legacy in this documentary.

If you were to make a movie about your life, what would it be about? Filmmaker, writer and film critic Sandi Tan did just that with Shirkers, an auto-biopic about a different movie, also called Shirkers, that she made with her friends as a teenager in Singapore. The country’s first indie, this sweet nostalgia flick takes a turn for suspense when George, the girls’ mentor, collaborator and friend, makes off with all the footage from their film—and disappears. Tan’s exploration of the past will make you think back on all the unsolved mysteries lingering in your own childhood—watch out, you might call up your middle school camp crush to demand he explain why he never replied to your last letter.

Velvet Buzzsaw is the weird Netflix love child of The Price of Everything and The Texas Chainsaw Massacre. “All art is dangerous,” the movie’s tagline goes—tell that to the next person who calls your career “pointless” or “unnecessary”! This gory thriller makes the case that us art world people are literally guardians of humanity’s wellbeing.
Set in the L.A. art world, glossy and flush with money, Velvet Buzzsaw follows a very stereotypical art critic—in an early scene, he tells an artist that quitting drinking has been bad for his career. But this isn’t The Square; shit gets weird when the protagonist stumbles upon a cursed body of work that kills those who come near it. What first appears to be a random, campy flick eventually reveals a rich commentary on the hollow, money-obsessed contemporary art world: “we’re trending on Instagram!” is the first reaction when a woman is found dead in a pool of blood by a Koons-like metal ball sculpture. And then, of course, the classic punch line: “people thought she was part of the exhibit.”

Monty Python might not be your first go-to for a night in of Netflix and art, but the founders of modern comedy also do a good art world sketch. If you’re into their very distinct brand of absurdist humor—and it’s not for everyone—you’ll love the art world satire sprinkled throughout their sketch show. Start with Episode 1 to discover what happens when Picasso makes a masterpiece… while biking across Europe.

Several expectations you might have based off this show’s title are: a thriller about mail-order brides; a biopic about Melania Trump (sorry guys, she’s Slovenian); a Vice exposé of human trafficking in the shady world of Matryoshka doll factories. In fact, it is a 30-minute Netflix original comedy starring Natasha Lyonne of Orange is the New Black and American Pie. What starts as a New Yorker’s hip birthday party quickly devolves (or evolves?) into a probing, cerebral investigation of time and mortality. Yeah, I didn’t see that coming either.

This is a show that poses as many questions as it answers. Questions like: why do the characters have British accents but live in a place that looks a lot like America and go to an American school? Why is the main character ashamed of having a hot, cool sex therapist mom when any high school kid on this planet would be all over that? His mom eventually becomes his ticket to popularity, because duh, high school kids are obsessed but clueless when it comes to sex. The question is, why does he go to such lengths to keep her a secret, other than the fact that every sixteen year old is super embarrassed by their parents? But if you’re willing to suspend your disbelief (and maybe consume some, ahem, substances before you begin watching), this show delivers lots and lots of laughs. 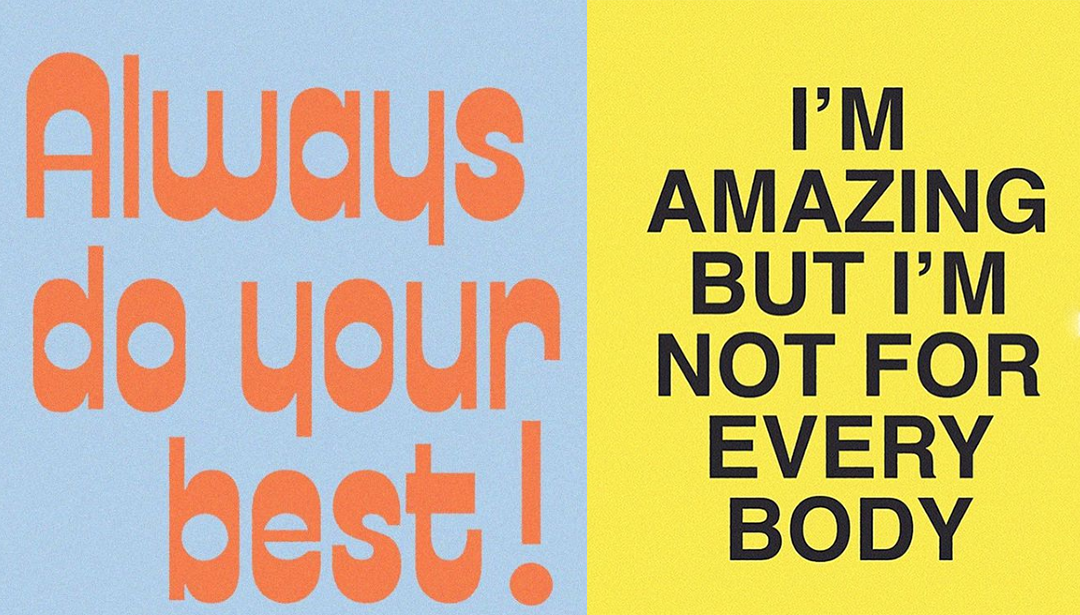 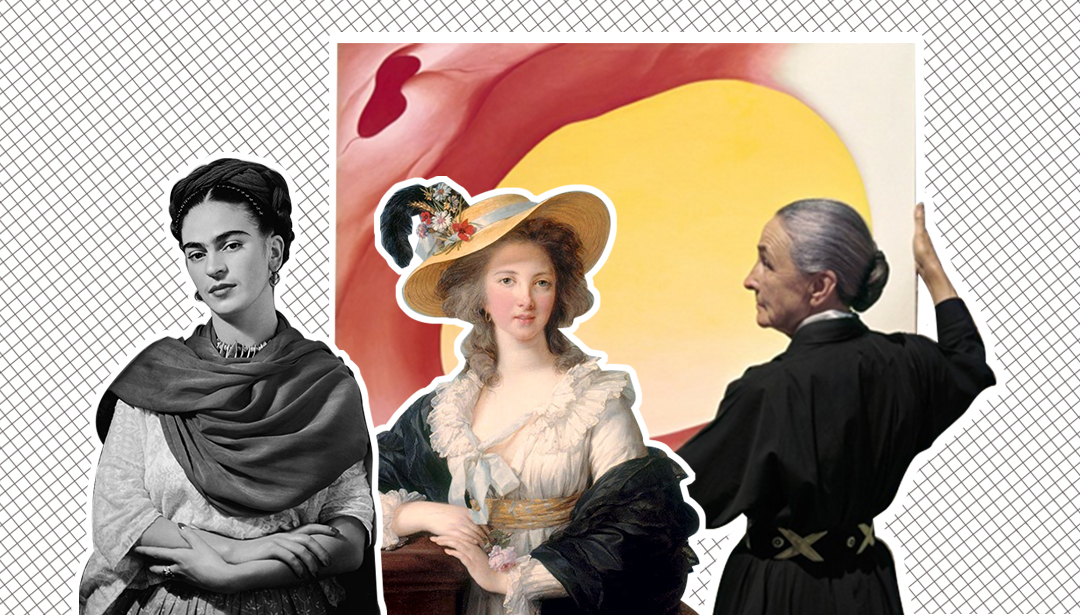 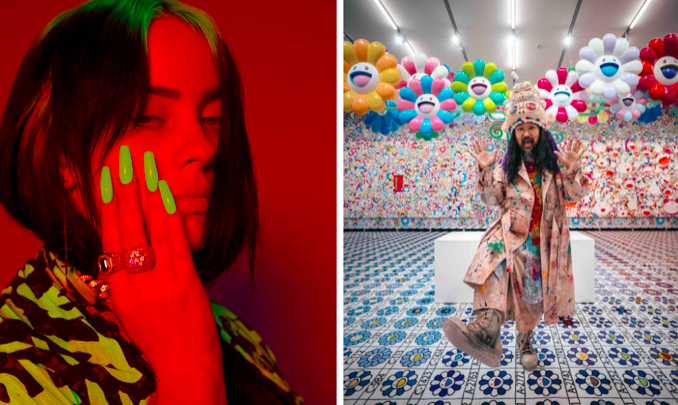