More often than I care to admit, at some point in the afternoon between my third cup of coffee and, if there’s a deadline involved, my third nervous breakdown, I hit the proverbial wall. With my motivation and sanity in shambles all around me, I ask myself the logical next question: do I attempt to finish x, y, z important task, or do I admit defeat and surrender the next 2-3 hours of my life to Netflix?

We all know what the most attractive option is in this scenario—very serious and scientific studies show that three times out of four, Netflix succeeds in crushing our purest resolutions to actually be a functional adult for once and get shit done (preferably before your boss sends you the dreaded passive-aggressive email, “just checking in”).

But! What if there was a way, you might ask, to combine pleasure and productivity? Since 99.9% of the world’s jobs don’t involve compiling Netflix guides (like mine does today… I know you’re jealous, I would be too), I thought I’d take this opportunity for a little humanitarian action and put together the definitive Netflix binge guide that lets you feel at least a little productive while dropping into the bottomless void of online streaming. I sincerely hope you get something out of this list—expertly curated by self-appointed Netflix connoisseur, yours truly—whether it’s piquing your interest in a new historical figure or perfecting the art of pairing a bomber jacket with literally anything, courtesy of Karamo of Queer Eye. You’re welcome!

Abstract: The Art of Design – “Watch this, if you have any art in you, you will enjoy”—the cryptic Netflix comment says it all. Celebrated graphic designer Paula Scher’s episode is a must-watch, but each one offers a glimpse into the process of a different type of designer. A must-watch for any art and design aficionado. 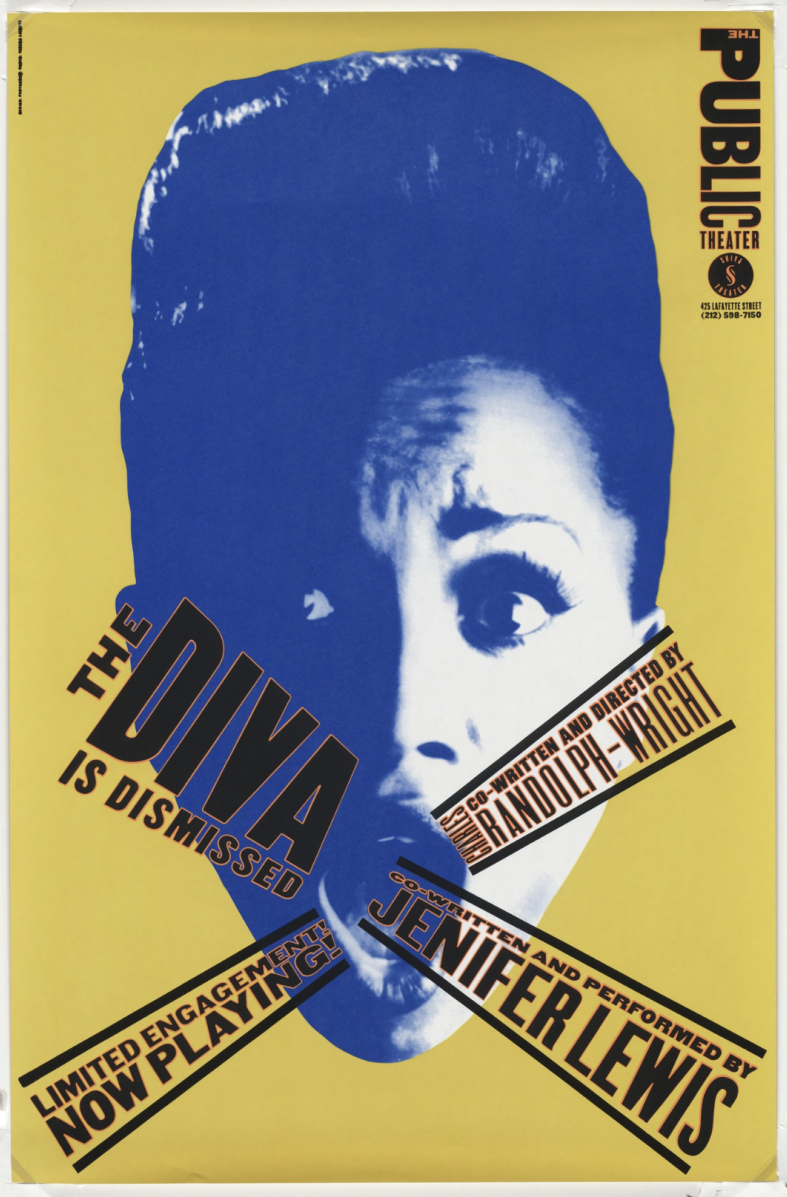 Chef’s Table – If you’re not already convinced that cooking is a form of art that demands as much technique and creativity as any other, this show will convert you in the first episode. Come for the food, stay for the beautiful cinematography and glimpse into world cuisine and culture. And if the cooking doesn’t inspire you (could it be time to diversify your 100% Postmates diet?), the chefs’ life stories and philosophies will. Start with the episode on Dominique Crenn, the first two-Michelin star chef in America and, in the eloquent words a friend of mine, “such a fucking babe”—her food is also highly visual and poetic.

Woman in Gold – Based on the true story of a woman on quest to reclaim the artwork, including Klimt’s ‘Portrait of Adele Bloch-Bauer I’, stolen from her family by the Nazis, this film has an impressive cast: Helen Mirren, Ryan Reynolds and Katie Holms. It got mixed reviews, but the story itself makes it worth the watch. 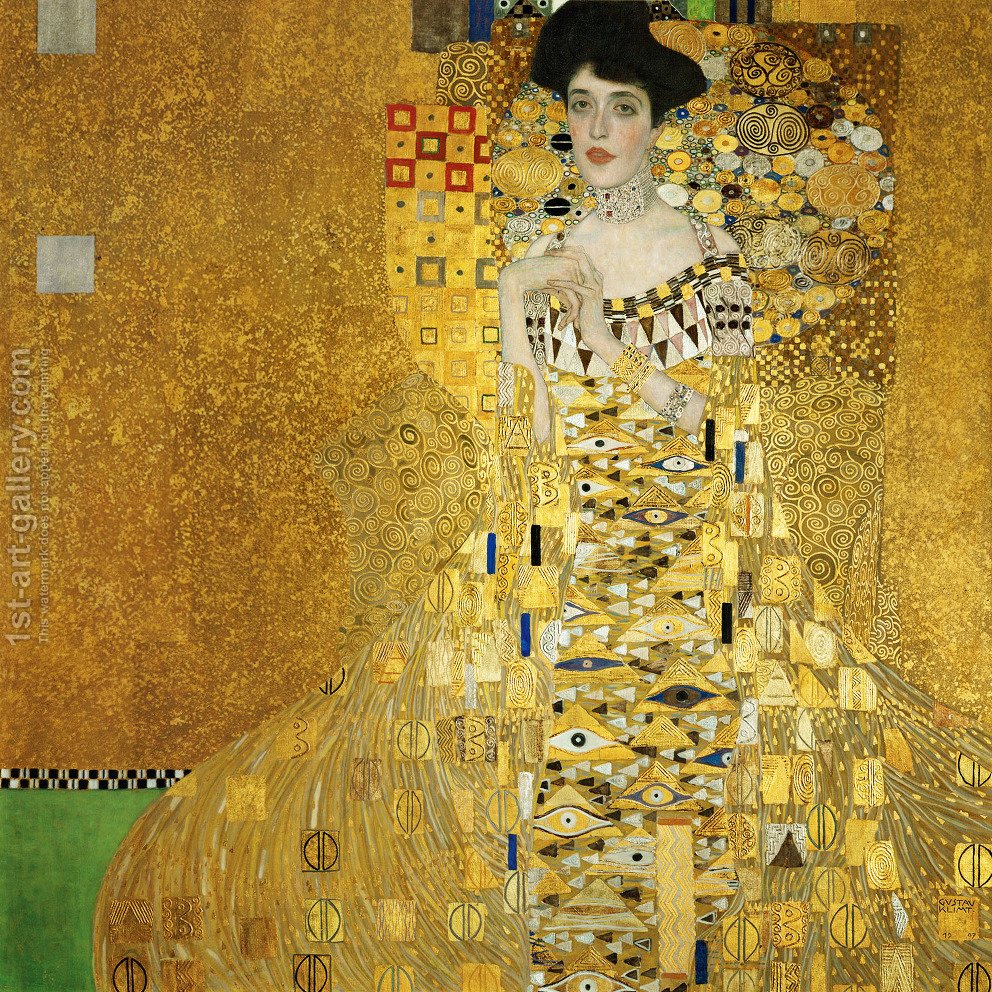 Manolo: The Boy Who Made Shoes for Lizards – If you’re curious about the story and artistry behind Carrie Bradshaw’s favorite shoe, this documentary delivers all you could want and more (though obviously, if Sex and the City were on Netflix this list could end right here and now). If that’s not enough to draw you in, the documentary also features a diverse assortment of art and fashion world personalities: Anna Wintour, Paloma Picasso, Candace Bushness, of course, Sophia Coppola, and—drumroll please!—Rihanna, the reigning queen of the universe. 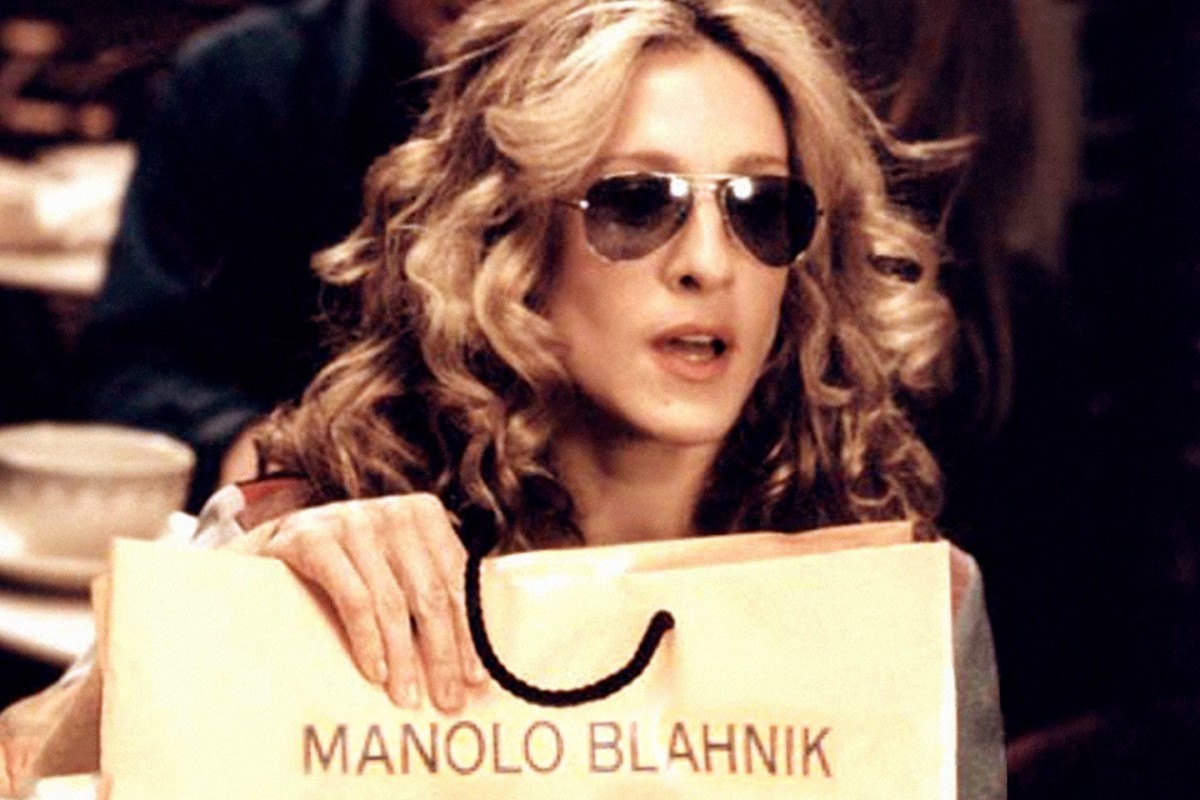 For when you need a little inspo

Queer Eye – The hit reality show inspiring watch parties, listicles and vicious Twitter debates, Queer Eye features a team of five fierce and fabulous gay men who travel around America, starting with the deep South, transforming closets and lives with their wardrobe, cooking, decorating, grooming and lifestyle prowess. Queer Eye isn’t just the most entertaining makeover show you’ve ever seen—it also open up difficult conversations between people on all ends of the political continuum. If a black gay man and a conservative Christian can come to a mutual understanding in a tightly edited 50-minute episode, there just might be hope for this world after all.

Juana Inés – Sor Juana Inés de la Cruz has been my historical girl crush since I was around thirteen (which tells you something about the type of kid I was, but that’s another story), so I practically peed myself when I saw that Netflix made an original series about her life. A lesbian feminist nun fighting oppression in 17th-century Mexico, Sor Juana was a self-taught scholar, scientist, philosopher and composer… oh, and she wrote sexy poetry in her spare time. So yeah, you can probably dash off a few more emails before lunch.

Franca, Chaos and Creation – This lovely little documentary follows fashion legend Franca Sozzani as she takes Vogue Italia to unprecedented heights during her three-decade tenure as Editor-in-Chief. Early in her life, Franca decided the idyllic bourgeois lifestyle she was born into—husband, children, house, vacations—wouldn’t be enough for her. After climbing to the highest rank of Vogue, she made a name for herself recruiting the most visionary photographers and giving them free reign, daring to make editorial choices no one else would, transforming the magazine from a predictable, commercial publication into a showcase of high art.

A socially and politically conscious voice in a notoriously frivolous industry, Franca believed that all the most contentious issues of the day were fair game for fashion, and she wasn’t afraid to make a splash with features and special issues on domestic abuse, racial discrimination in the industry (the legendary Black Issue) and the BP oil spill, as well as many other hot topics.

For reasons beyond my comprehension (get on it, Netflix execs), Franca is one of the only fashion documentaries or biopics about a woman on Netflix (Iris is another gem; Coco Before Chanel isn’t currently streaming). But then again, the irony of being an industry obsessed with women, run by men, has always run deep in fashion. That said, don’t watch Franca out of feminist duty—watch it for its poignancy (the interviewer and filmmaker is Franca’s son) and the visual treat: luscious 1960s footage of Versace runways, feather boas and go-go boots weaving through the streets of London, lifestyle porn in the form of old film footage of Italian villas, seaside resorts and ski mountains, and last but not least, a montage of the most iconic vintage Vogue Italia spreads that any collector would kill for. I really can’t say enough good things about this film, but if I keep going I feel like I should at least be compensated for the free marketing. 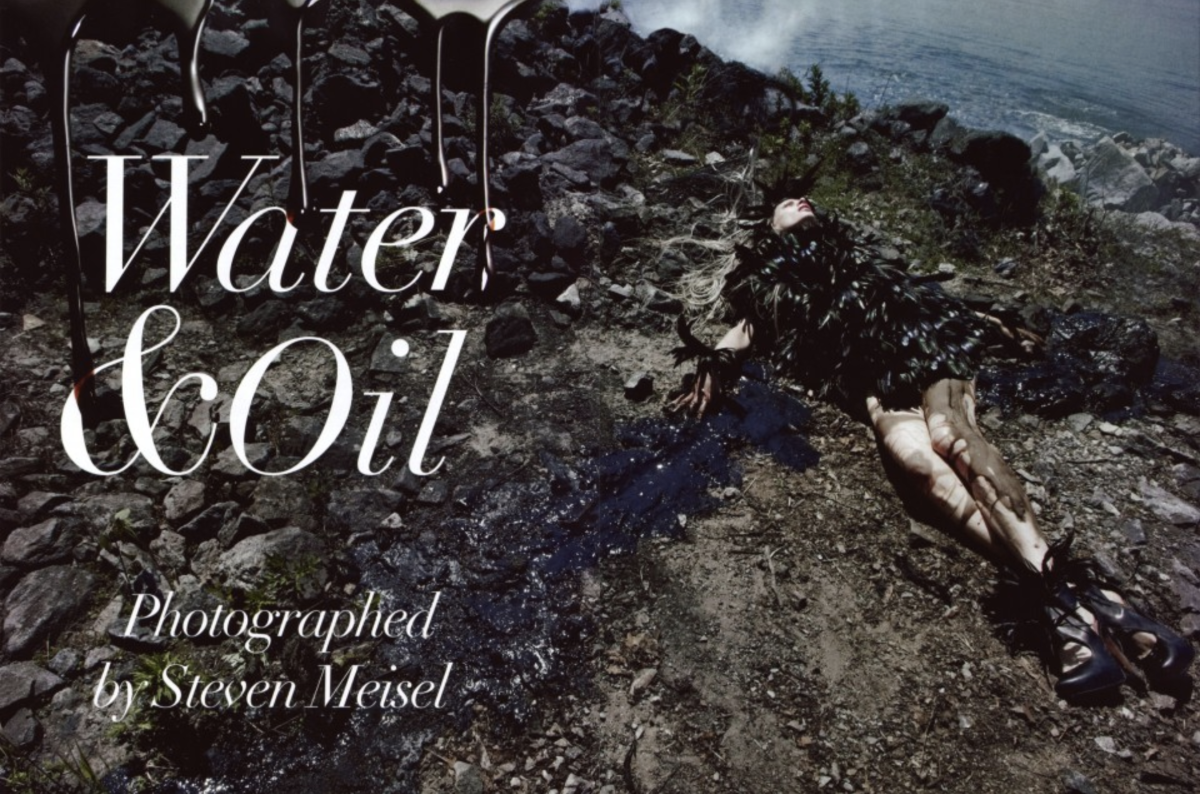 Big Eyes – One of my favorite underrated indie flicks, this Tim Burton film follows Amy Adams as Margaret Keane, an American pop painter whose husband took credit for her work, as she tries to gain recognition for her art. It might have a tinge of Lifetime movie to it, but the ending courtroom scene is so satisfying that you’ll instantly forgive the corniness. 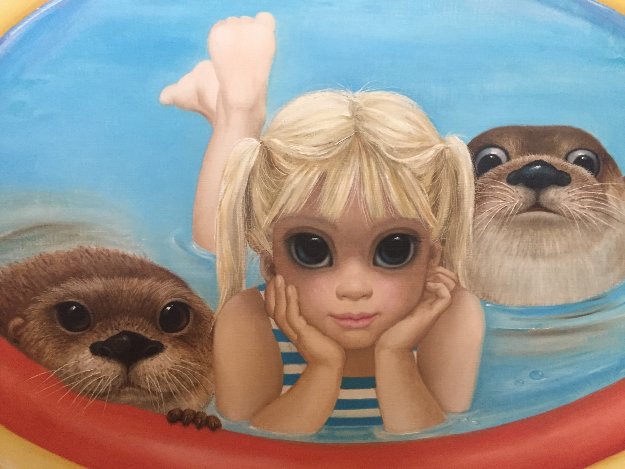 Girlboss – Love her or hate her, Sophia Amoruso created a popular brand, NastyGal, and a burgeoning media outlet, Girlboss, and all at an age when most of us are trying to figure out what we want to be when we grow up, fine-tuning our personal style one questionable wardrobe choice at a time (I went through a floral grandma dress, fur coat and quasi-mullet phase and I don’t want to talk about it), agonizing over whether or not we should cut bangs or move to New York. If you don’t end up hating all the characters, you’ll love the show for being a riot and a half.

Moving Art – Okay, so the title is a little misleading—this show isn’t exactly about art, but stay with me. Each ~25 minute episode is an insanely gorgeous montage of technicolor panoramas of the most beautiful places in the world, set to equally transcendent classical music. A perfect reminder of how lovely and harmonious the universe actually is when three big sales fall through in a week, a handler dented the centerpiece sculpture of a show opening tomorrow, and on top of it all, you managed to spill red wine on your new white Opening Ceremony dress—and it wasn’t even on sale. But don’t take my word for it—one Netflix review even claims this show healed their body of chronic inflammation.

Marie Antoinette – Get lost in Sophia Coppola’s dream world of luxury, delicious cupcakes and even more delicious hot younger lovers with this quirky period dramedy. It might not be Coppola’s best work as a filmmaker (Lost In Translation takes the cake every time, don’t @ me), but the costumes alone make it worth a (re)watch. But proceed with caution—the realization at the end that you are not, in fact, an eighteenth-century princess and on top of that, you have four more spreadsheets to fill out by East Coast end of the day… is brutal.

For when you just need a laugh

Absolutely Fabulous – When all else fails, we all need a last-ditch solution up our sleeve that’s a little, ah, extreme. Enter: Absolutely Fabulous, or as my Brit friends delightfully call it, Ab Fab. This outrageous sitcom follows the lives of two grown-up fashion girls who can’t (or won’t?) wake up and realize the 70s are over. Basically, if Austin Powers was a functional alcoholic celebrity publicist. I can’t explain why it’s funny, but it’s so funny. 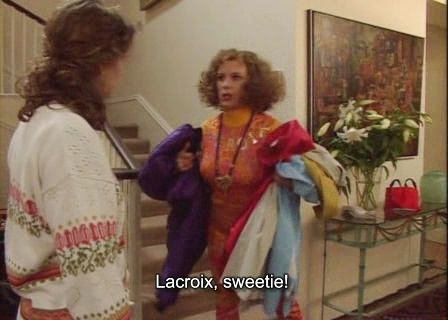 Grace and Frankie – Two frenemies in San Diego are forced to bond when their husbands leave them—for each other. Juicy plot and uproarious jokes aside, Hollywood is notoriously harsh on older women—it’s rare for a show to feature one in a leading role, and two is practically unheard of—which makes this show something of a future cultural artefact. This is a great one to watch with a glass of wine and a girlfriend so you can debate which of you is Grace and which is Frankie (a delicate and complex question that depends entirely on the mechanics of the friendship… you might be a Grace in one duo and a Frankie in another. This is a topic that deserves its own article, truly). It’s a recipe for endless laughs and surprising insights into the dynamics of your closest friendships.

For when you want to rekindle the rush of your first love (for film, that is)

These titles need no introduction—if you haven’t heard of them, I can’t really help you (read: this is the part of the dinner party where slip away to the bathroom for a quick Google search). Just a gentle reminder that these old favorites are there for you, steadfast and true like a black jumpsuit on a day when your whole body feels like it’s made of love handles, ready to wrap you in their cinematic cocoon of comfort whenever you need it most.

Mamma Mia! (get pumped for the sequel!!!)

…and some arthouse classics…

Blue is the Warmest Color

…and some classic classics:

The Godfather, parts I and II

Happy watching! Set your “out of office” auto email response and I’ll catch you back here in three months 😉 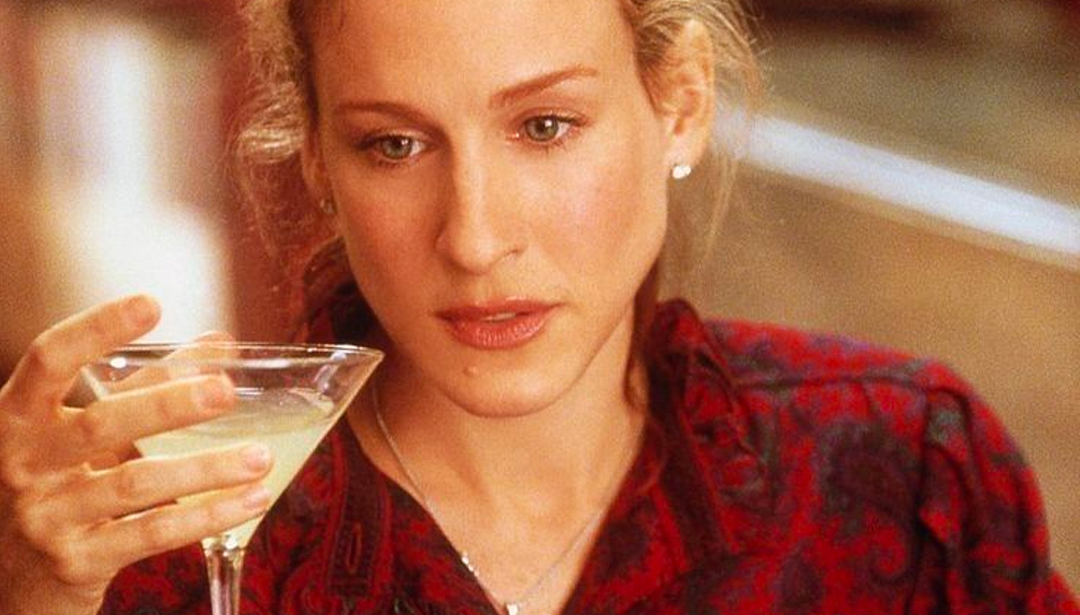