Desserts for most of us are guilty pleasures or a metaphor of human desire, either just the evocation of shared memories. For centuries the subject of candy and desserts has been present in literature, arts or daily vocabulary. We might think this is just a piece of cake (idiom presumed to be invented in the 1870s during slavery in the southern states of America) but if we pay attention to involuntary memory triggered by taste and smell, as described by Marcel Proust in his book In Search of Lost Time, we might understand that our experiences are more than longing for sweets. At the same time, the visual representation of food echoes pleasure and seduction while sugar is also linked to modern capitalism.

These days, the Internet is full of enjoyable visual feasts, but the artistic fascination for cake is not new:

American artist Wayne Thiebaud has been best known for painting cakes, tart slices or candies for more than half a century. He initially worked as a graphic designer and cartoonist before starting his career as a painter in the mid-1950s. Characterized by gestural brushwork and color contrast, his work has been constantly influenced by the commercial aesthetics of the cafeteria-style, reimagining the traditional still-life genre.

New York–based artist, Gina Beavers is reconceptualizing the popular imagery found on social media through eye-catching, bas-relief paintings formed by thick layers of acrylic medium. Her work presents recurring subjects of everyday life, highlighting the gap between digital and physical. At the same time, Beavers’ approach to questions of consumption or desire reflect our contemporary culture.

Johanna Dumet is a Berlin-based French artist who studied fashion design before becoming a self-taught painter. Her work is vibrant and playful, covering classic themes like modern still life and tablescape on large canvasses. Sugary is often a central subject in her oil paintings, and it might be linked to the fact that Dumet worked in a Berliner cafe where she baked delicious cakes prior to becoming a full-time artist.

Peter Anton is an artist who lives and works in the USA known for his hyperrealist sculptures of candies and pastries. His work stems from his passion for food, as before starting a sculpture, he eats it in order to familiarize himself with the subject. For Anton, food isn’t just about life, it’s about emotion and the connection to our personal memories.

Félix González-Torres was a Cuban-born American visual artist who created nineteen candy pieces that were featured in museums around the world, while visitors were encouraged to pick them from the floor and eat them. The piece has a performative dimension and is linked to the artist’s late lover, Ross Laycock, who died of AIDS-related complications. The candy stack represents the slow degradation of Ross’s body.Text by Maria Nitulescu 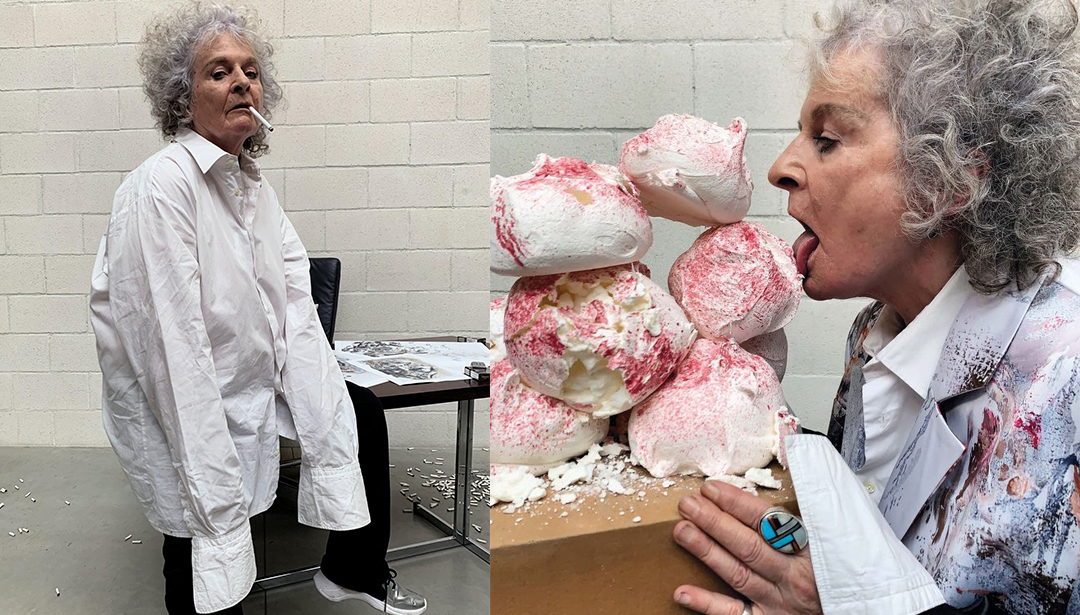