The art world lost a true great this summer as we said goodbye to Venezuelan-American artist Luchita Hurtado. Unlike many artists, Luchita (28 October 1920 – 13 August 2020) first found art world success in her 90s, and she embraced it until the very end. Often focusing on the female form and landscapes, Luchita’s work is feminine, dreamlike and timeless all at once. A true inspiration, her work has been exhibited in the Hammer Museum and Serpentine Gallery. So, here’s everything you need to know about Luchita Hurtado.

She Grew Up In Venezuela And New York City

Luchita was born in Maiquetia in Venezuela but her family emigrated to New York City when she was just eight years old. However, she kept close ties to her Latin roots. She would remember her mother Teolinda swimming in the Caribbean ocean, something she credits as giving her a connection to the natural world.

She Had A Passion For Art From The Start

While her mother believed she was training to be a seamstress, Luchita instead enrolled at the Washington Irving girls’ school to study fine art at the age of just 14. Proving that she had an artistic passion from a very young age.

She Worked For Conde Nast

Luchita began working on a freelance basis as an illustrator for Conde Nast in New York in 1945. At thist point she had just divorced her first husband Daniel Del Solar, and used the job as a means to support herself and her son.

She Moved In Pretty Artsy Circles

She Has Focused On The Female Body

Luchita’s famous I Am paintings focus on her body from skewed angles, looking down at her female form and showing patterned rugs beneath her feet. Another series portrays bodies that blend into mountains, illustrating the connectedness of the body to the earth. She is even quoted as once saying of her body: “This is a landscape, this is the world, this is all you have, this is your home, this is where you live.” Powerful stuff.

She Mixed With Other Women Artists

Luchita eventually settled in Los Angeles where she mixed with some pretty impressive female artists. The LA Council of Women Artists was founded in 1971, comprising artists including  Judy Chicago and Miriam Schapiro. Luchita quickly became involved and had her first solo exhibition in 1974 at the Women’s Building in LA.

When Ryan Good was going through the estate of her artist husband Lee Mullican she found paintings signed by LH, leading to an interest in Luchita’s work. So art girls, if you haven’t been discovered yet, there’s still time…

Towards The End Of Her Life She Focused On Rebirth

In 2019, following new interest in her work, Luchita had an institutional retrospective at London’s Serpentine Gallery called I Live I Die I Will Be Reborn. As part of this exhibition she showed new work that focused on rebirth, perhaps a reflection on her life and what may lie ahead. 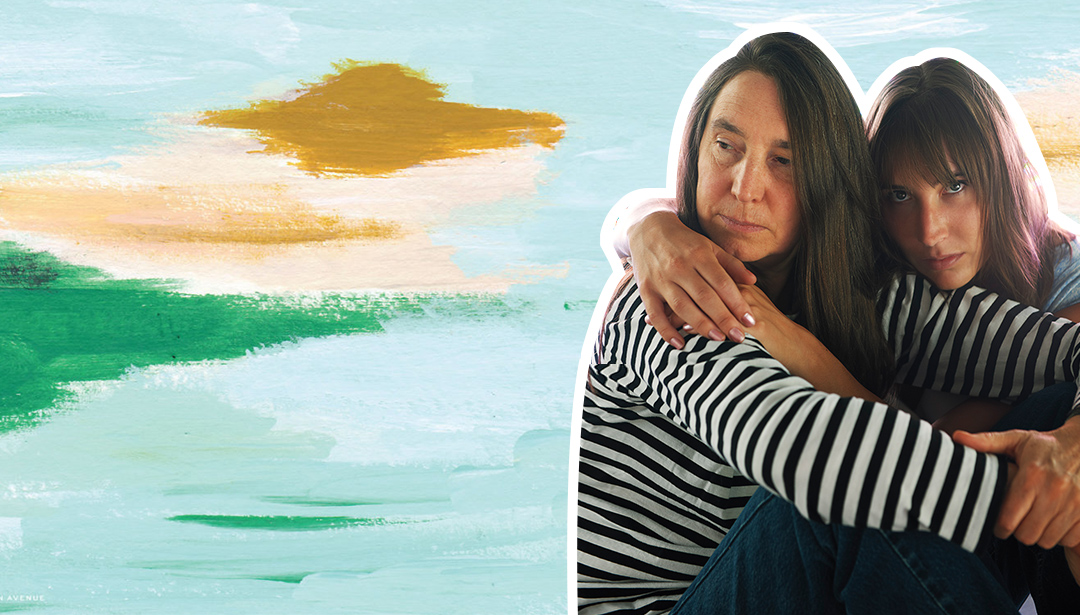 No, Motherhood Doesn't Kill Your Career