This weekend, under the stage name THE CARTERS, power couple Beyoncé and JAY-Z dropped their latest music video for Apeshit. They also dropped a surprise album called Everything is Love on Tidal (sorry iTunes users).
This music video was surprisingly shot in the Louvre museum in Paris, one of the world’s most renowned art museums, and it’s a tribute to art, as it features many famous artworks in the museum as a backdrop for booty dancing and posing with cooler-than-thou style.
Here are the most memorable pieces to spot in the music video.

Naturally, this is the exterior of the museum, the glass and metal pyramid designed by Chinese-American architect I.M. Pei, but here, we have Jay-Z showing how proud he is that they managed an overnight takeover of the museum, which no other rap couple could do, obviously. 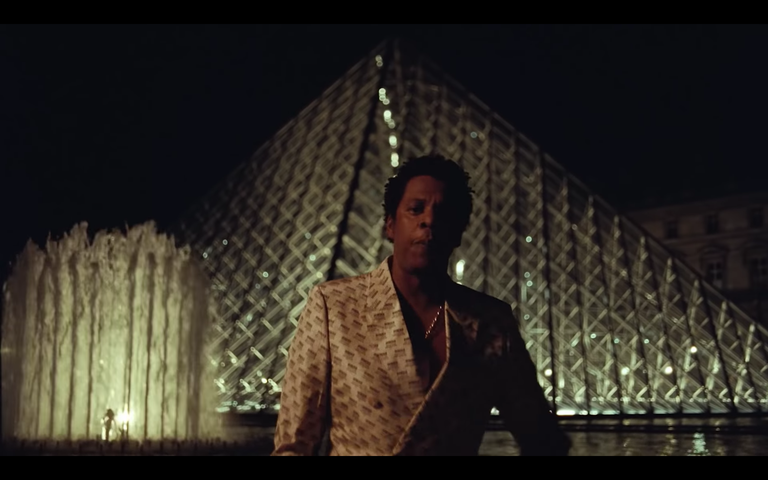 2    The Coronation of Napoleon

This painting is by French artist Jacques-Louis David, and was painted in 1807. As the artist was the official painter of Napoleon, it shows the coronation of Napoleon I at Notre-Dame de Paris. Maybe it signifies their own crowning as the king and queen of hip hop? 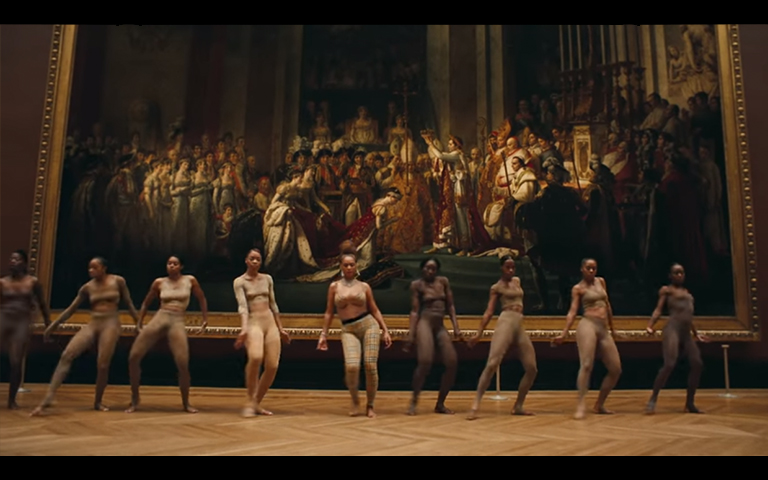 She needs no introduction but Leonardo da Vinci’s most famous artwork miraculously made its way into this music video for its intro and outro. This is still a mystery, as she’s played out but seems to represent some special love for them both. Maybe they plan on buying the Salvador Mundi? Ha. 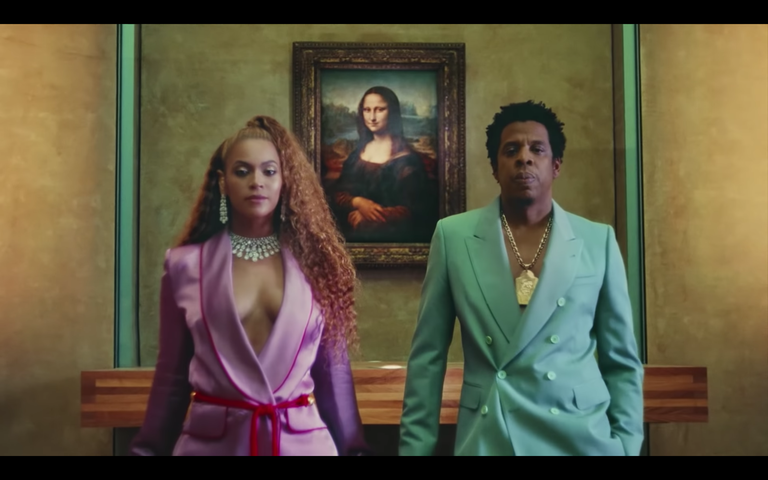 It’s one of the most iconic and historic sculptures at the Louvre. The Winged Victory of Samothrace (which is also known as the Nike of Samothrace), is a marble Hellenistic sculpture created around the 2nd century BC, which is where Beyonce spends a significant time singing and dancing. She truly is an angel. 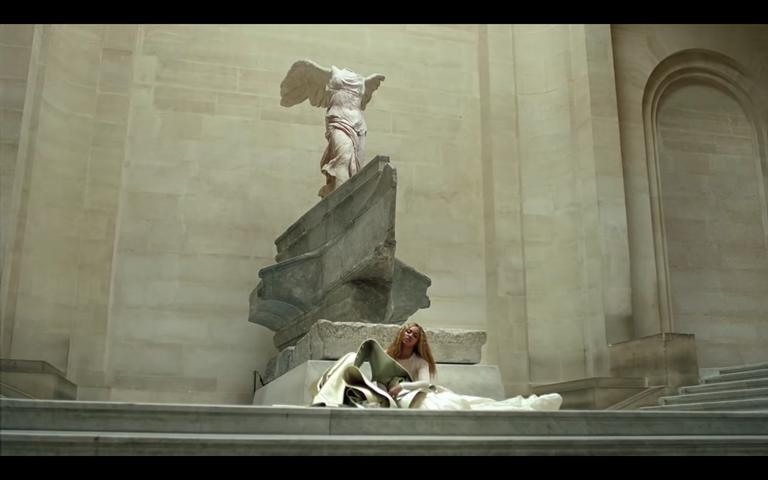 Though it’s lit by a black light, this famed marble statue is by Alexandros of Antioch and is a masterpiece of ancient Greek sculpture, and is probably one of the most famous ones. Aphrodite is the goddess of love, beauty and procreation, and here we see the couple holding hands. 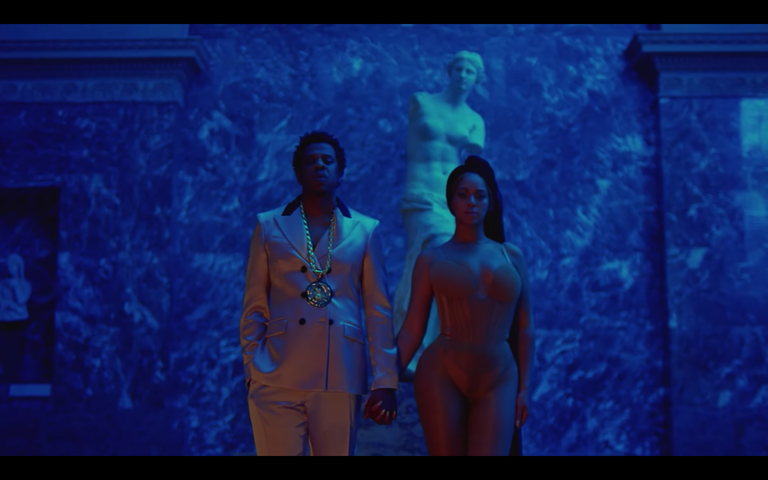 Here is a peaceful shot of two dancers connected by a headpiece sitting in front of a painting by Jacques-Louis David, which was painted in 1800. The portrait shows the Parisian socialite Juliette Récamier in a white dress, which is considered “the height of Neoclassical fashion,” and the dancers below are also wearing white (though they seem way more woke). 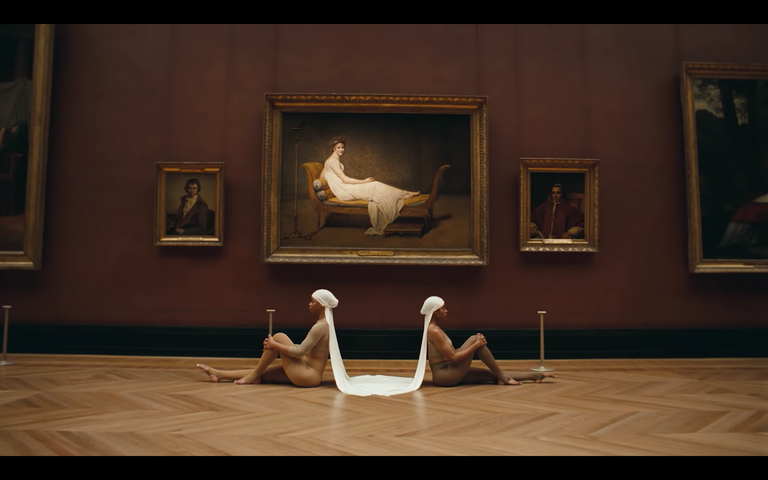 7   The Great Sphinx of Tanis

Lastly, no trip to the Louvre is complete without a trip to the ancient Egyptian tombs downstairs, where this famous sphinx sits like a big piece of immovable furniture. One of the largest sphinxes outside of Egypt, it was found in 1825 BC in the Temple of Amun in Egypt, and is inscribed with the names of famous pharaohs. 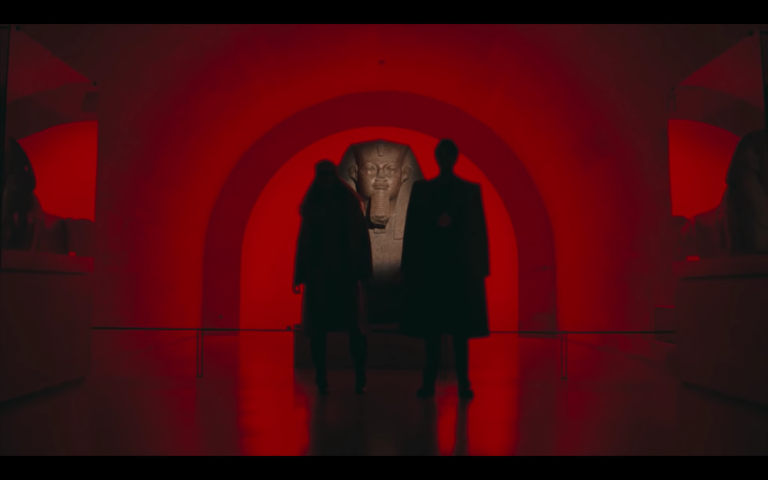