What do art girls and superfoods have in common? At first glance, not much. One is a creative lady with some clout in the art world, be it as an artist, muse or gallerina, and the other is a trendy (read: overpriced) product you can find at Whole Foods or your local bio market and will cure you of your insomnia, indigestion, fatigue and heartbreak and probably give you superpowers like mind-reading and teleportation.

But look again—there might be more there than meets the eye. Both enjoy a cult following among the rich and famous, both are a bit elusive but easy to fall in love with once you track them down, and both usually have a bit of kick. Coincidence? We think not.

To investigate this matter further, we did a little digging match famous art girls with their spirit superfoods, the one that matches their unique allure and the one they’d def be blowing their hard-earned cash on. Agree? Disagree? Think we missed your fav art girl… or your fav superfood? Don’t hold back—@ us. The world needs to know. 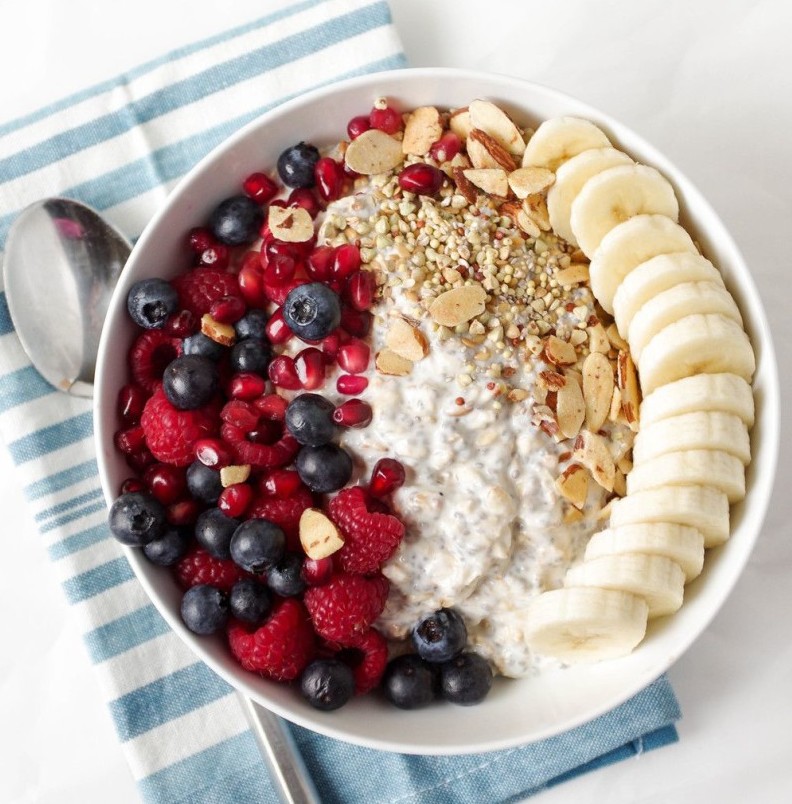 Bright, colorful and photogenic, Frida Kahlo and acai bowls are a match made in art girl heaven. Just like everyone and their mother has seen photos of sunny blondes in bikinis in Maui or Southern California posing with an acai bowl loaded with fruit after a morning of surfing and nuzzling dolphins (or so they would have you think), colorful shawls and unibrows have become shorthand for everyone’s favorite Mexican painter (sorry, Diego).

Even the color palette of Frida’s notoriously vibrant wardrobe—all those gorgeous Mexican shawls, dresses and flower crowns—echoes slices of tropical fruit spread tantalizingly across a delicious blend of acai and banana, topped with granola, coconut flakes and a sprinkle of agave (are you drooling yet?). 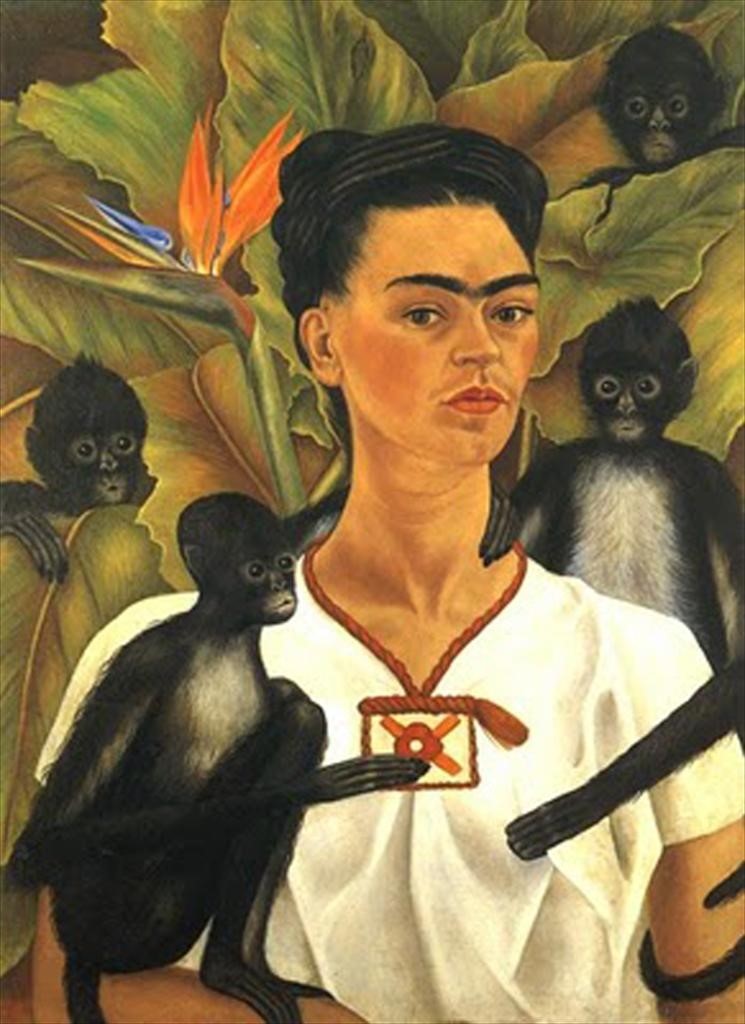 And much like Frida’s work, acai has much more to give you than likes on an Insta. Packed with antioxidants, eating acai bowls on the reg can help your cholesterol, boost your brain function and might even help fight cancer, or so they say. And everyone who loves Frida Kahlo knows that she was a famously cerebral artist; beneath the otherworldly, bizarre appearance of some of her more out-there self-portraits lies a wealth of symbolism and depth. So next time you hear someone calling acai bowls basic and overrated or calling Frida the unibrow girl, I give you my personal permission to give them a little smack. Gently, of course. 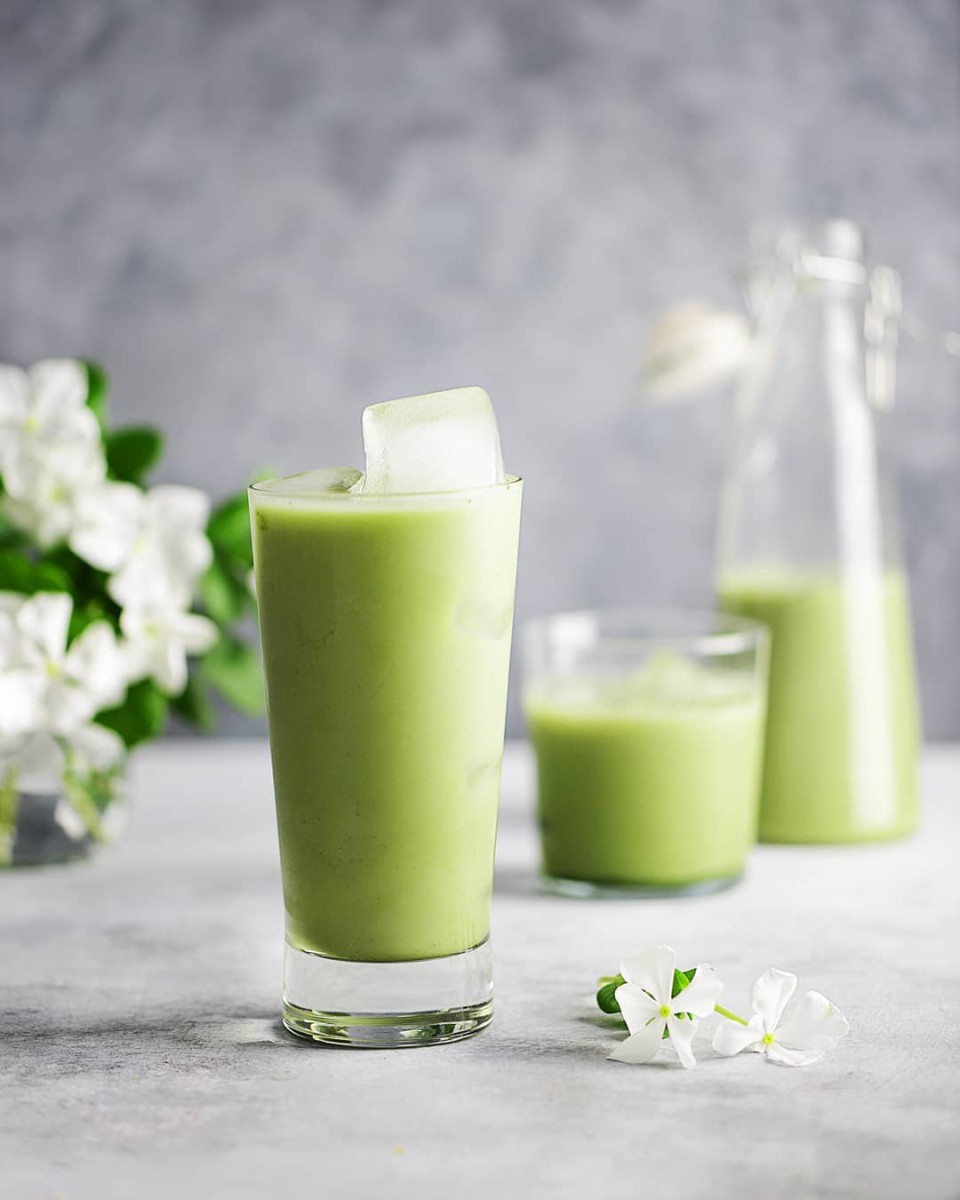 Besides the obvious—they share a birthplace—the hottest new coffee alternative and the woman famous for supposedly breaking up the Beatles have more than a couple things in common. Both have a calm and peaceful outward demeanor—Yoko is famous for her anti-war, pro-love message, and before it was sold in every thotty cafe in New York and LA in latte form, Zen Buddhists used matcha in tea ceremonies. (Tea ceremonies aren’t exactly an occult practice, but it’s not a huge stretch from a sacred ceremony vibe to Yoko’s album Yes, I’m a Witch Too, which, by the way, would probably sound great while sipping matcha.) 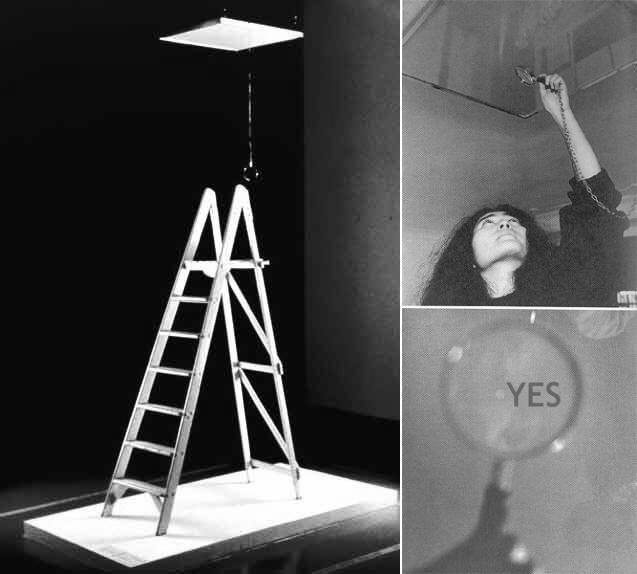 But despite their v zen exterior, both Yoko and matcha are secretly pretty feisty underneath. We all know that Yoko’s magnetism was enough to draw the famously flighty John Lennon away from the Beatles by showing him how to open up sides of himself he previously never got to express. And all through life’s ups and downs, her art and music career has been going strong, and she’s showing no signs of slowing down even past eighty. What’s her secret? Maybe it’s matcha, which packs as much caffeine as coffee but gives you a long, steady and clean-feeling buzz instead of the jittery high and crash. 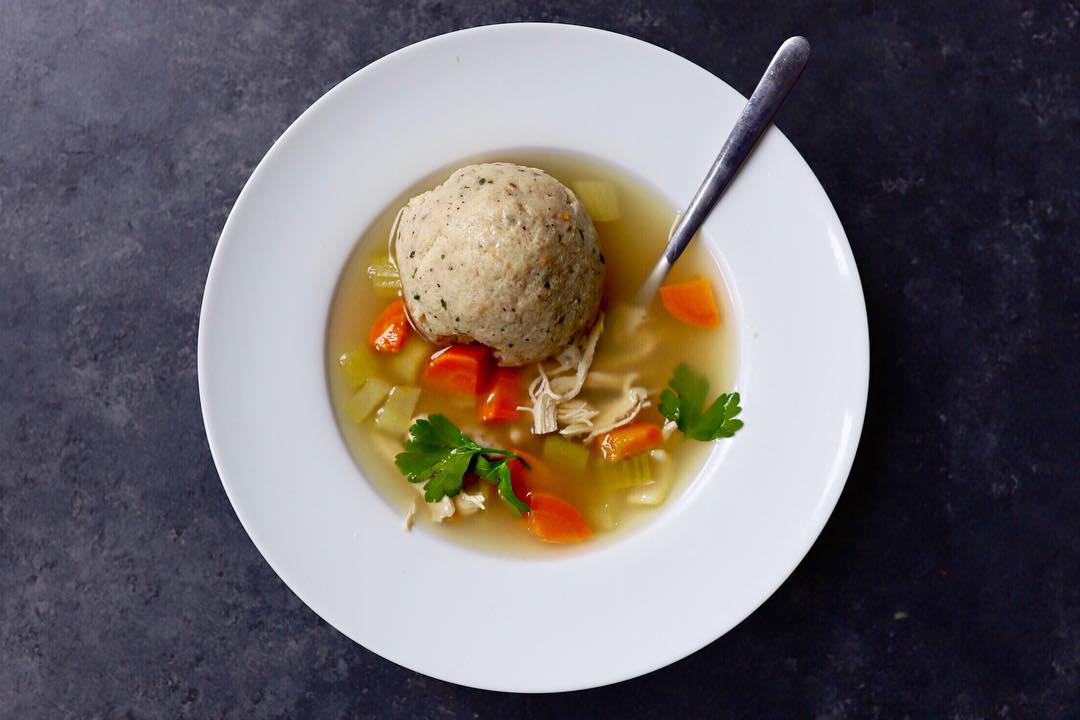 Bone broth, like Mary Cassatt, has been around for a minute, but also like Cassatt, even though it’s a staple, it’s not exactly the sexiest item on your shopping list and often gets overlooked for its flashier cousins.

Bone broth is incredibly nutritious, but unfortunately, it’s also exactly what it sounds like: broth made from boiling animal bones for hours. Not exactly your Instagrammable acai bowl.

But if you’ve ever used bone broth as a base for your stew, soup or curry, you know that it has flavor for days and basically makes the psychological difference between microwaving soup in a can for one late at night in a new city where you know no one and sitting in your grandma’s country kitchen, wearing a sweater she crocheted for you and being served chicken noodle soup.

Not to mention, once you discover bone broth, it will become a humble kitchen essential that will long outlive us all—in fact, the ayurvedic cooking tradition has already been using it for centuries, so consider it vouched for. 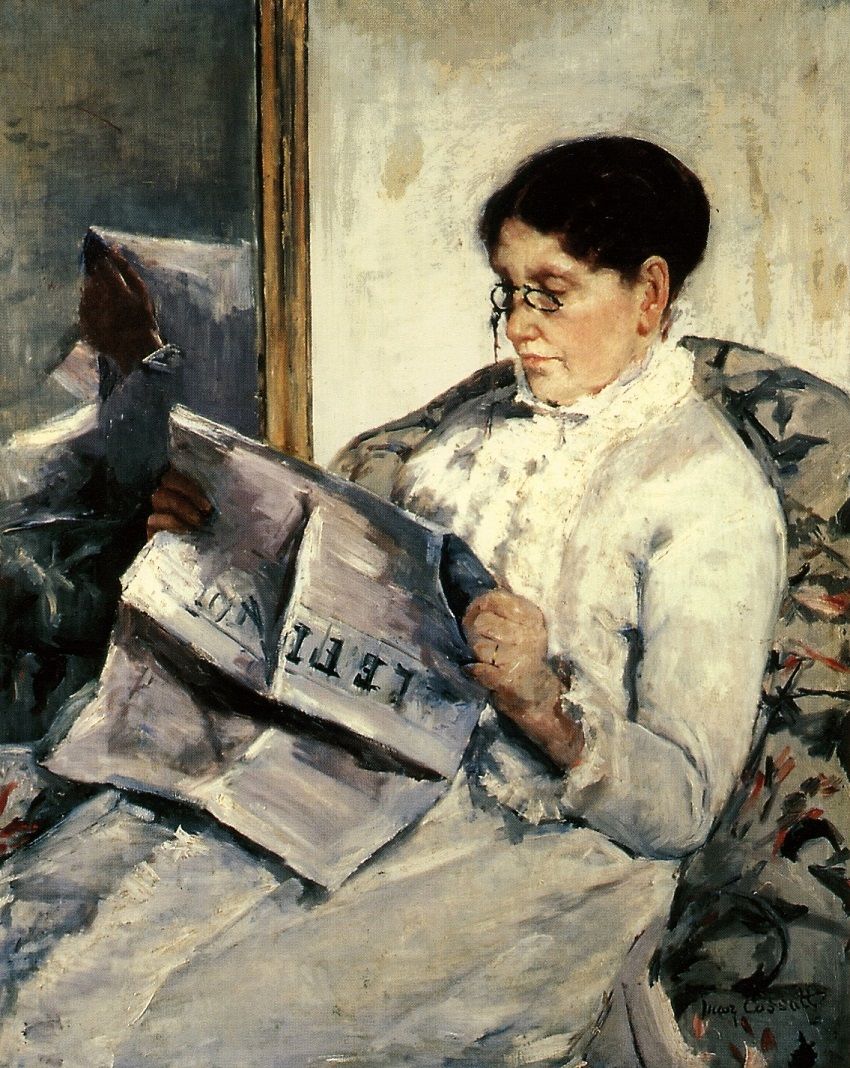 Like bone broth, Mary Cassatt, one of the giants of the impressionist movement and one of the first feminist artists, often gets overlooked for her flashier counterparts. Why look at 100 paintings of mothers holding babies in soft pastels when you can check out, say, Yayoi Kusama or Marina Abramović? But Cassatt was one of the O.G. girlgaze artist, taking active part in the first waves of feminism in the 1840s and 1880—long before Gloria Steinem and Simone de Beauvoir were even born—and spread the image of the “New Woman,” an educated and socially engaged lady with a mind of her own, in her paintings, painting these women from a woman’s perspective. This alone makes her well worth adding to your artistic repertoire, don’t you think? 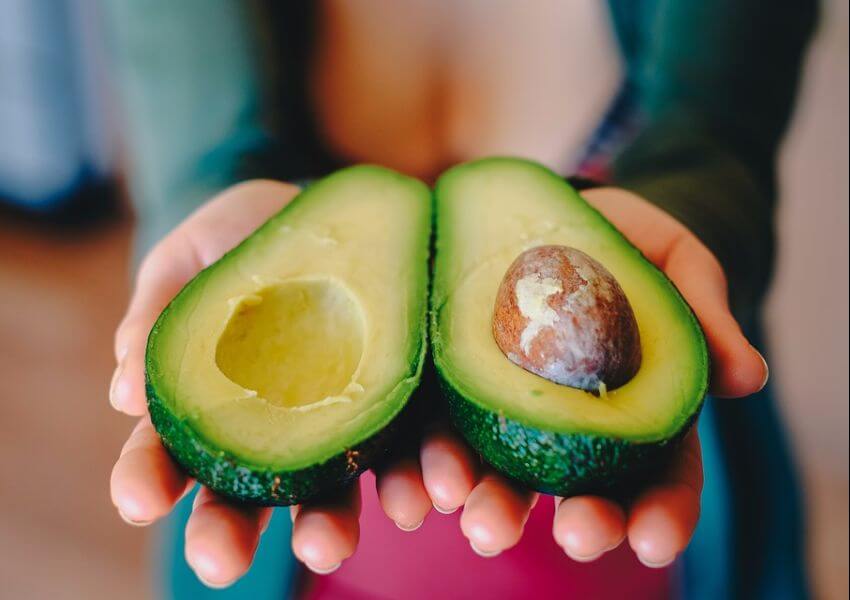 If the worlds of art and superfoods were a high school, these two would hands-down be prom queens. Both have withstood the test of time—the Mona Lisa just might be one of the oldest known art girls (most other famous classical and Renaissance artworks depict figures from mythology, like Botticelli’s The Birth of Venus, but the Mona Lisa is a real lady, Madam Lisa Giocondo of Florence), but as the subject of one of the most famous paintings in the world, she’s far from a has-been—more than 6 million people still pay her a visit each year. 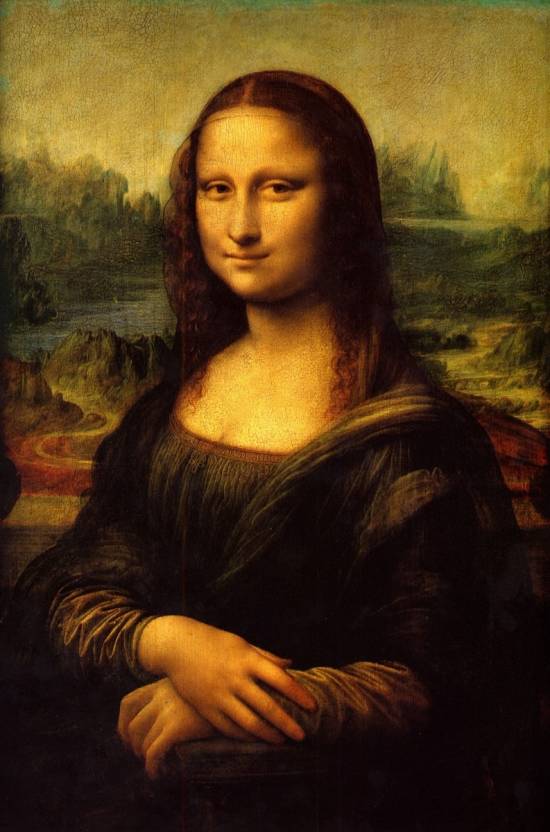 Kind of like the humble avocado, one of the first superfoods to explode onto the health and wellness scene, the creamy fruit embraced by hungry vegans and carnivores alike. When the Mona Lisa was stolen in 1911, it caused a world-wide uproar, not unlike the world’s reaction when word of avocado shortages sweeps the globe—chaos, crime and panic. It’s not hard to see why: both are sweet, rich, decadent and a little enigmatic. The Mona Lisa has managed to keep everyone guessing about her cryptic smile for centuries, and to this day, as far as I know, no one has cracked the code of what makes avocados so addicting. Whoever figures it out will be a very rich woman, but for now, best get back to hoarding avos for the next shortage. 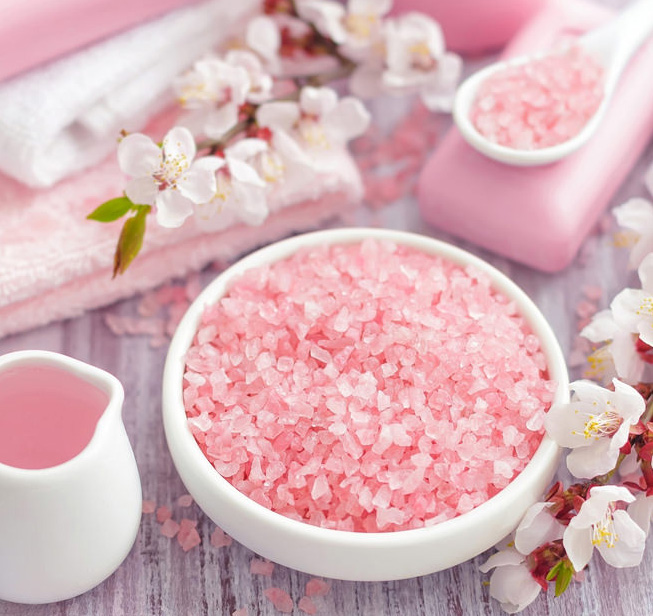 You’ve definitely seen both of them before, but you might not recognize them on the street. At the 1865 Paris Salon, it was Meurent’s image that shocked audiences and the jury; she posed for the infamous prostitute in Manet’s Olympia, as well as some of his other famous works like Luncheon on the Grass.

But though the world knows her best for stirring up the buttoned-up Paris art scene, Victorine was quite the Renaissance man, a musician and an artist whose works also showed at the Salon alongside all the famous impressionists on top of being a model for famous impressionists like Degas and Alfred Stevens. Sadly, she never got her due. 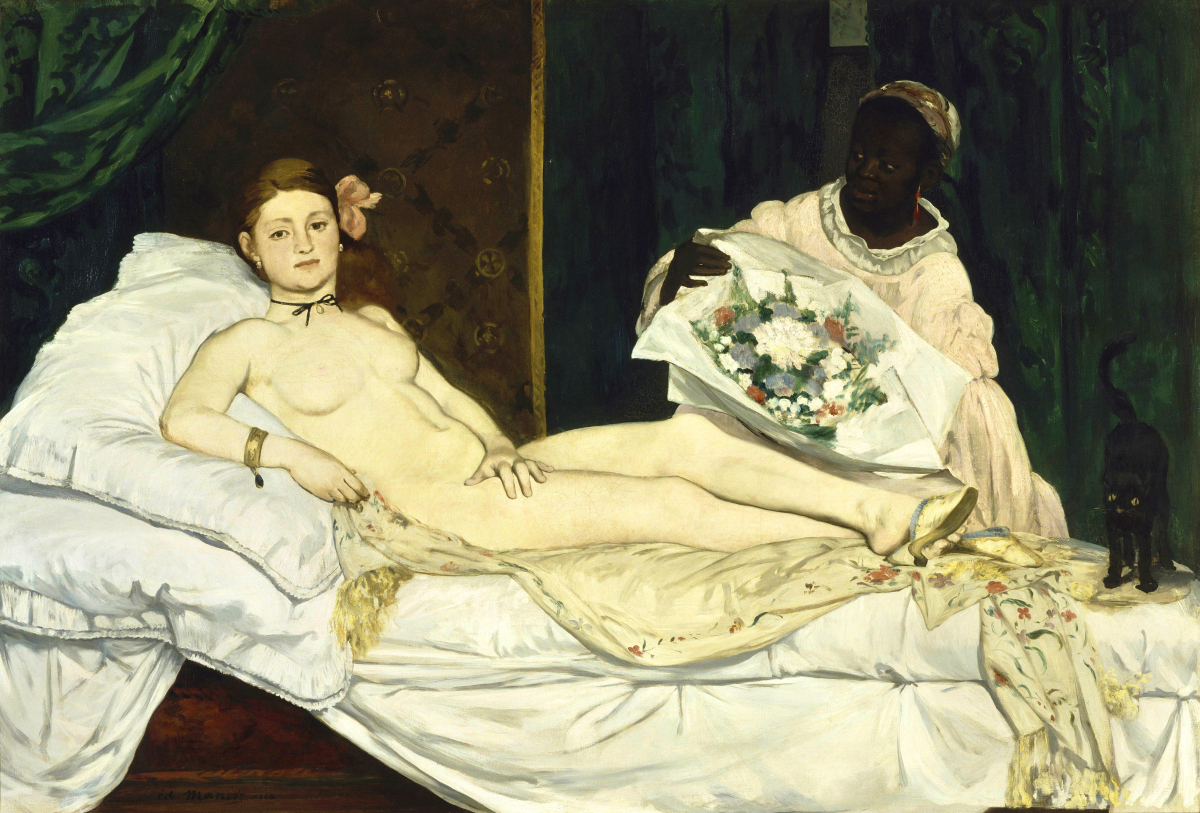 Kind of like Himalayan sea salt. You see it on bougie ingredient lists and in grocery stores, beaming coyly down at you from between the humble table salt and pepper grinders. It’s probably in 90% of the dishes at your favorite vegan/bio haunts, but no one really gives it the time of day as a proper superfood. Why?

You might think: why buy pink salt when you can just buy… salt? For, like, a third of the price?

What you might not know is that pink Himalayan sea salt, unlike its Kosher cousin, helps keep you hydrated, balances your electrolytes and pH levels, prevents cramps, strengthens your bones and boosts your metabolism. Kind of the Renaissance man of table condiments, if you ask me. You can put it in your bath, sprinkle it in a cup of water to drink, serve food on a giant slab of it, buy a lamp made out of it or even hang out in a giant salt cave to detox. The more you know. 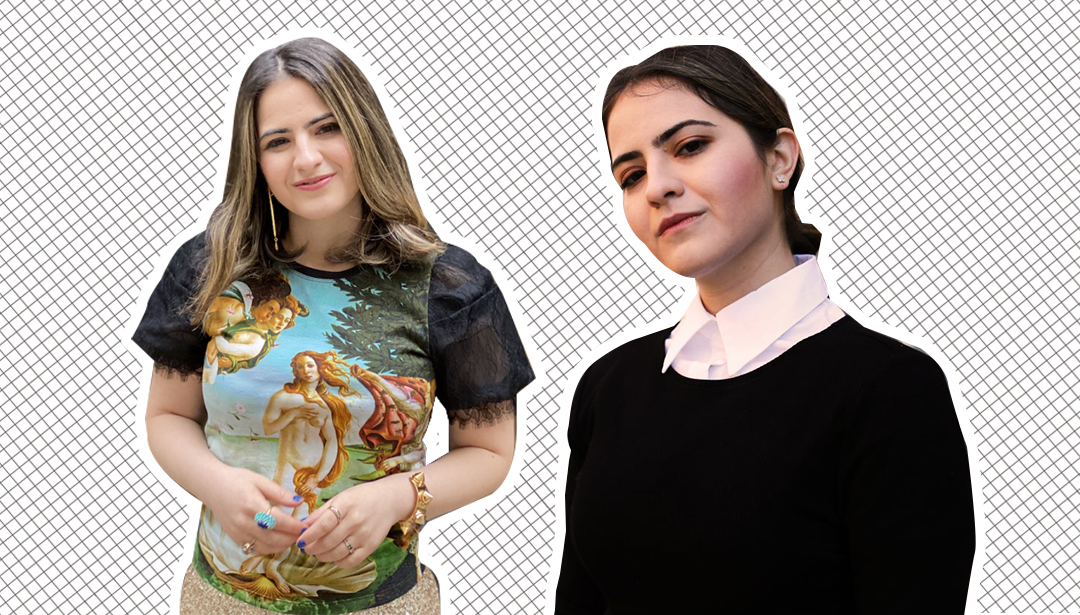