Multi-disciplinary artist Urara Tsuchiya found herself on residency in Italy when the lockdown took place. With experience making costumes and videos, it was her sculptures that our eye. Urara manipulates ceramics into sexual liaisons, animals and underwear. We spoke to Urara about what she’s working on now, and what she’s doing in quarantine. 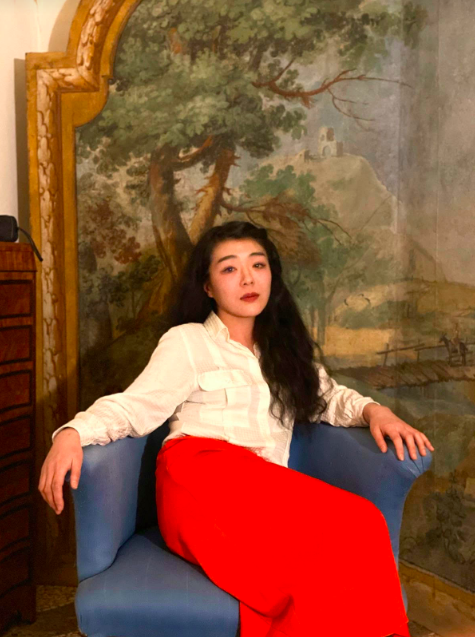 What got you into making art?

I always liked to make things since I was a child – I did lots of nerdy crafts and sewing projects and drawings – then I was also into reading fictions and films. I didn’t really get into art till I did an art degree at goldsmiths, even then I thought I’m not good enough to come up with conceptual works and took a pattern cutting course so I can maybe become a pattern maker to make a living. Then I was working for Monster Chetwynd for a while to help with costumes and be in her performance and met friends who I collaborated with to do events etc. It took me ages to feel confident making art or develop my own medium, but it’s fine.

Your work is mixed media, do you have a favourite art form?

I like working with ceramics at the moment, because you learn so many new things and it’s also difficult to get a good result… but it’s really exciting to open the kiln to see how it worked. I also like using textiles and making clothes but I used to make other artists work with lots of sewing, so with ceramics it’s nice that people leave you alone a bit! 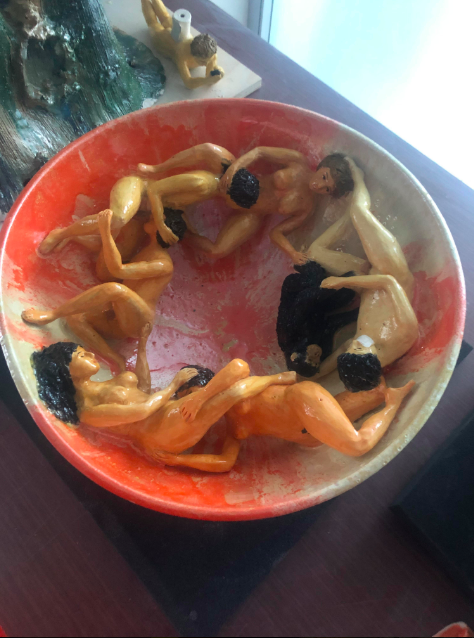 What are you working on right now?

I just finished a residency from mid January- mid March in Faenza at a ceramic workshop called Faenza Art Ceramic Centre – it’s a residency organised by ADA in Rome, where I produced a new body of ceramic works for their solo show in March (the show was supposed to be on 25th but with a situation in Italy it’s postponed till things gets better). It was a crazy time to do a residency as the numbers of cases just went up so much everyday and everyone’s life had changed completely in a matter of two weeks in March – but I’m happy production is finished. Now I’ll stay put here for a bit and work at bnb for now to do small projects for Golsa gallery in Oslo and just for friends. Maybe make my friend’s new cat as a present.

Can you tell us a little about your ceramic underwear?

I made it originally for a frieze hotel room installation for Union Pacific last year, like people on holiday just having underwear scattered on/around the bed. Then I was also thinking of text messages from a roommate, that how he had to physically pick up my dirty underwear from the washing machine – or a rumour about this guy used to take the underwear of the women he slept with to take it to his gf as a present – or my friend telling me the image of Japan in the media while back like it’s cool how you can buy schoolgirls used underwears in a vending machine…it’s also a good thing to make so if the gallery wants more I can just say we can sell their underwear if they think we don’t have enough! 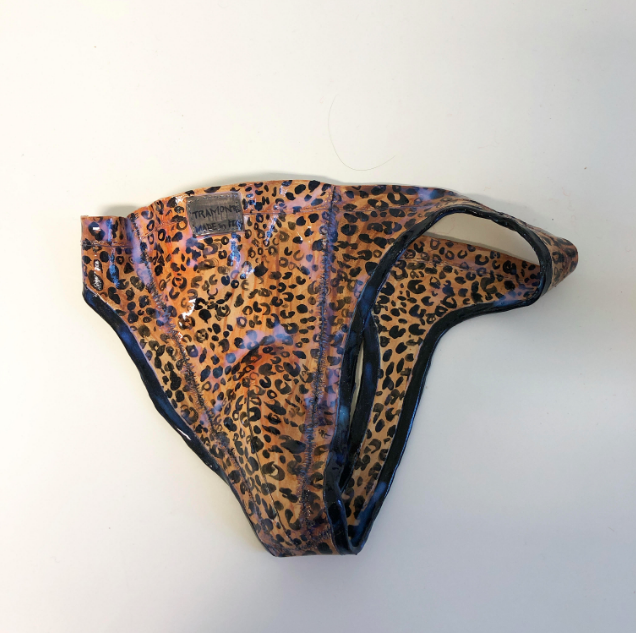 Who and what are your inspirations?

My friends and films I watch, conversations, unsettling experiences

What advice would you give to young women wanting to pursue a career as an artist?

I’m not sure – it took me ages to feel confident in what I do – or to feel comfortable to say I’m making art – when people ask me I say I’m making some clothes and pots… but I think it’s good to just focus on what you really like and do it a lot, and don’t worry about what anyone else thinks! 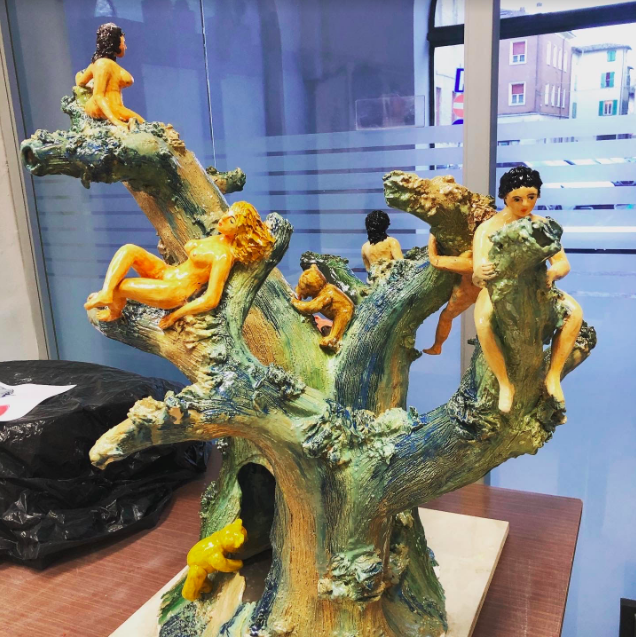 I will stay in Italy for the next few months!! And hope that everyone can stay safe – it’s a terrible time for everyone.

What is your favourite thing that you’ve made

I like everything – the video I made with Ben Toms is one of my favourites – and the tree with bears as I made it recently in Italy! 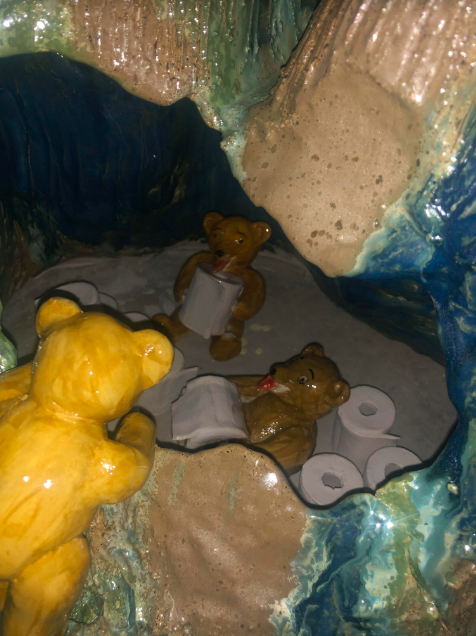 What are you making during quarantine?

I’ll do some sewing and knitting and maybe just small ceramics.

What are you doing to keep sane? 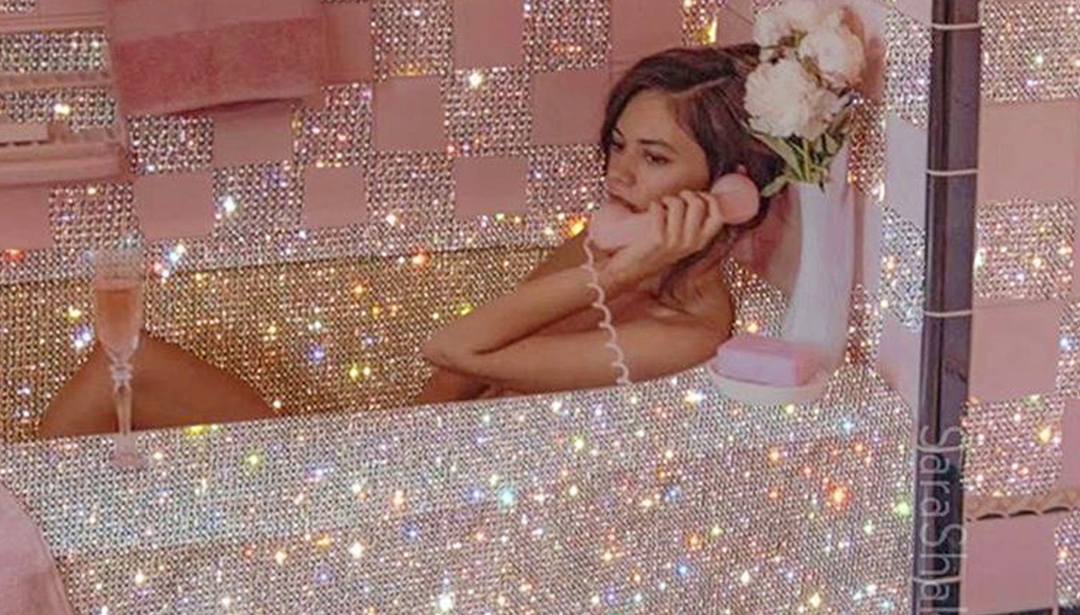 How to dip your toes into the freelance world