“Unless this artist is Ai WeiWei, no one should bother dealing with a so-called difficult artist. Difficult artists are not nice artists.” This is what one friend said to me after I sent a mass WhatsApp message to all my gallerist and artist liaison pals asking for tips on how to deal with difficult artists.

It’s true, nobody wants to have to deal with tricky artists, but sometimes we have no choice. Not all artists are happy, smiley, easy-going people. Artist scan be divas, sensitive and downright rude. Of course, these comments are mass generalisations, but many gallery girls across the world have experienced situations where no matter what they do, their artists are refusing to see the bright side. That my friends, is where we come in, as we’ve rounded up a list of ways to make even the moodiest artists turn that frown into a smile

“Show them that their concerns make sense to you”, one curator said to me, “No matter how crazy.” If the artist sees that you are generally taking the time to listen to what they have to say, they are more likely to be on your side in the future. Respect goes both ways, if you respect them, they’ll respect you.

Pretend To Understand, Even If You Don’t

Hug those who need a bit of fresh energy. Don't we all? #unicorn #girls #lifeishard #tough #artworld #fun #painting

Artists live in their own worlds, (ones that are foreign to us) so often what they are trying to explain won’t make sense. Instead of arguing with them, let them think that you get where they are going, even if it seems insane.

Thanks for the ???? #collector #generosity #artworld #fun #puppy #lunchtime

…and feed it viciously. “Turn on the charm”, explains an artsy friend, “But don’t go too heavy. Go for appreciation, the more exaggerated your reactions, the more they’ll believe you (ironically).” Point taken.

Give Them Credit For Your Ideas

Never trust a hot art advisor 🙂 Tag all the gorgeous advisors iut there, also as we plan a little feature on those everyone should have in their radar. image via @cartoonanxiety #artadvisor #smokinghot #collector #girls #seduce #fun

If you’re collaborating, supply them with an endless range of material. If they like what you put to them, let the door open and give them freedom. By giving them all the credit for the ideas you lead them to, they’re likely to make it their best work, and generally have pride in making it. What’s more, they’ll be on side with what you wanted them to do in the first place, it’s a win-win!

Artists are working on their own timescale. Deadlines and normal working hours are alien to them. And, although it’s hard, try to not bombard them with questions about when they will deliver X, Y and Z, it will freak them out. Be gentle with them, or you may scare them away.

Creative people hate routine and predictability. Catch them when they’re not expecting you, then you’re more likely to get honest answers from them. 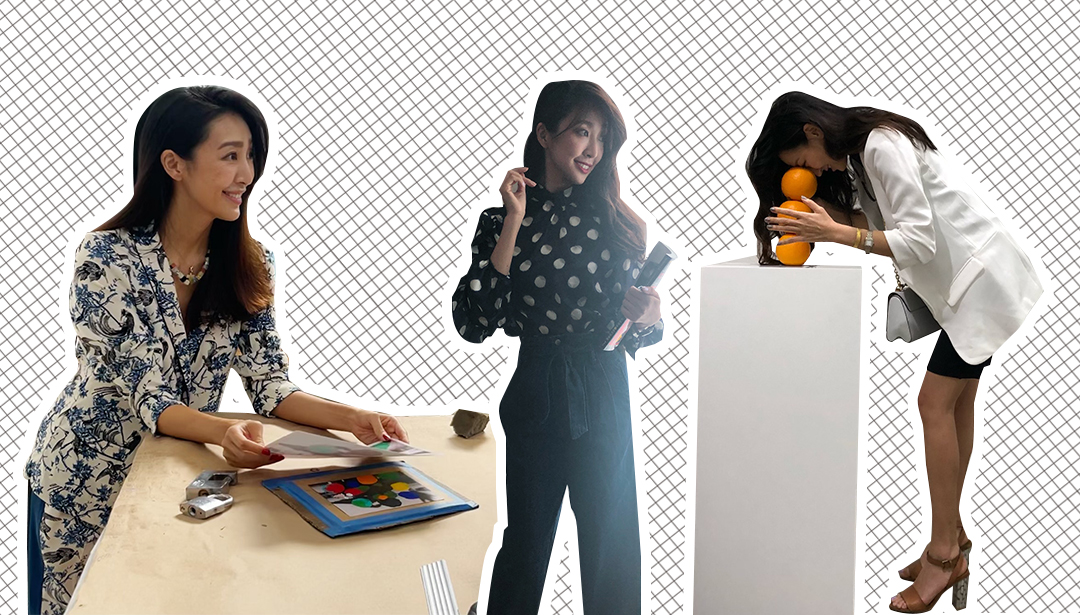 She Is Tokyo's Art World Powerhouse