Let’s talk about weirdos. The world is full of them. From the horse girl in elementary school to the Hot Topic-reppin’ teens with purple hair, we all knew our fair share of weirdos growing up. But weirdos don’t disappear when you enter the adult world—they just go into hiding. 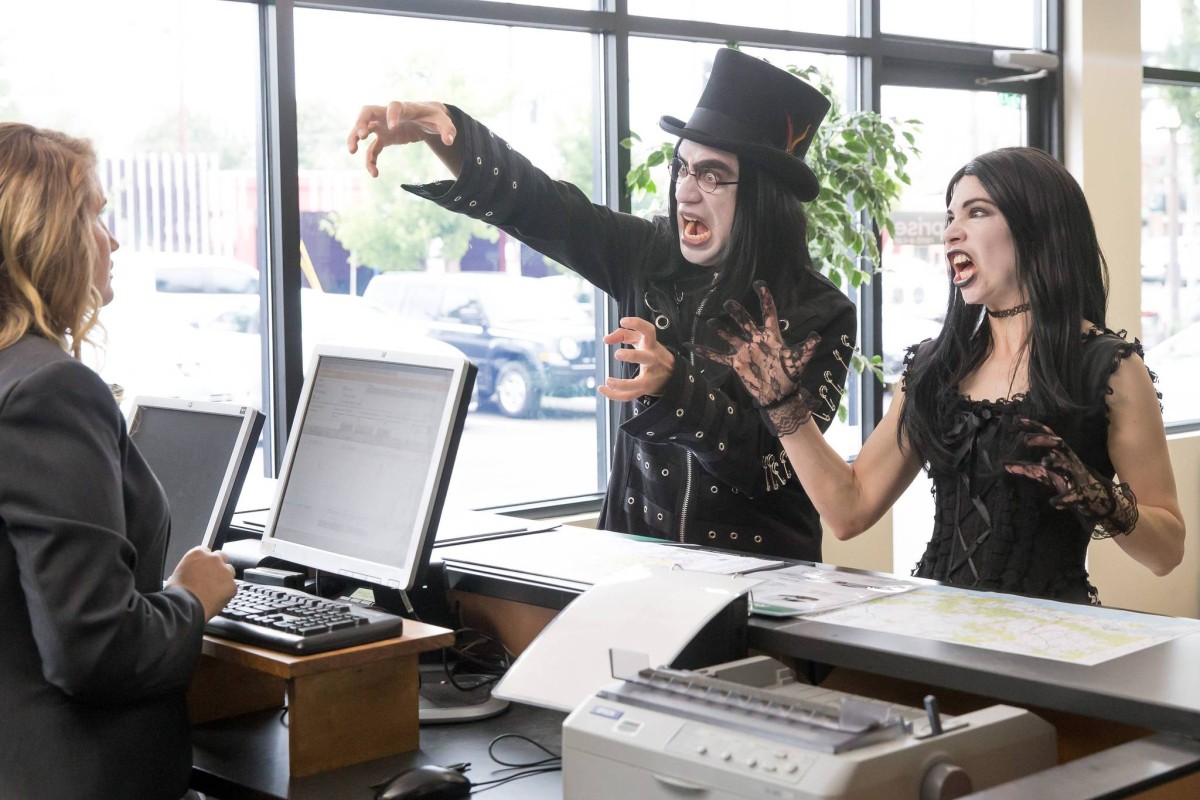 Weirdos rent a car, from Portlandia.

It might be the girl at work who seems completely normal but secretly bumps bands like Morbid Angel and Mayhem. It might be your neighbor who keeps a huge stash of Yugioh cards under his bed. Don’t believe me? Portlandia did a whole bit on weirdos, which is all the proof you really need. Don’t know any weirdos? Maybe you’re the token weirdo of the friend group.

For several pretty obvious reasons, weirdos tend to congregate in the art world. By nature, the art world welcomes all of society’s freaks and misfits. If “just because something is popular doesn’t mean it’s good” is a useful reminder for the majority of the population, for the art world set, a better saying would be “just because something is popular doesn’t mean it’s bad.” I’m willing to bet that around a third of my readers were that Hot Topic-wearing kid in middle school. Or at least went through a goth phase, a gamer phase, or some other weirdo phase.
The joke, of course, is that it’s not a phase. It’s never a phase. (Unless we’re talking about the Keto diet—then hopefully it is a phase. That shit’s not good for you). But talk to any former horse girl and you’ll discover that she still has a major soft spot for horses, although the demands of adult life forced her to stop neighing in public long ago. 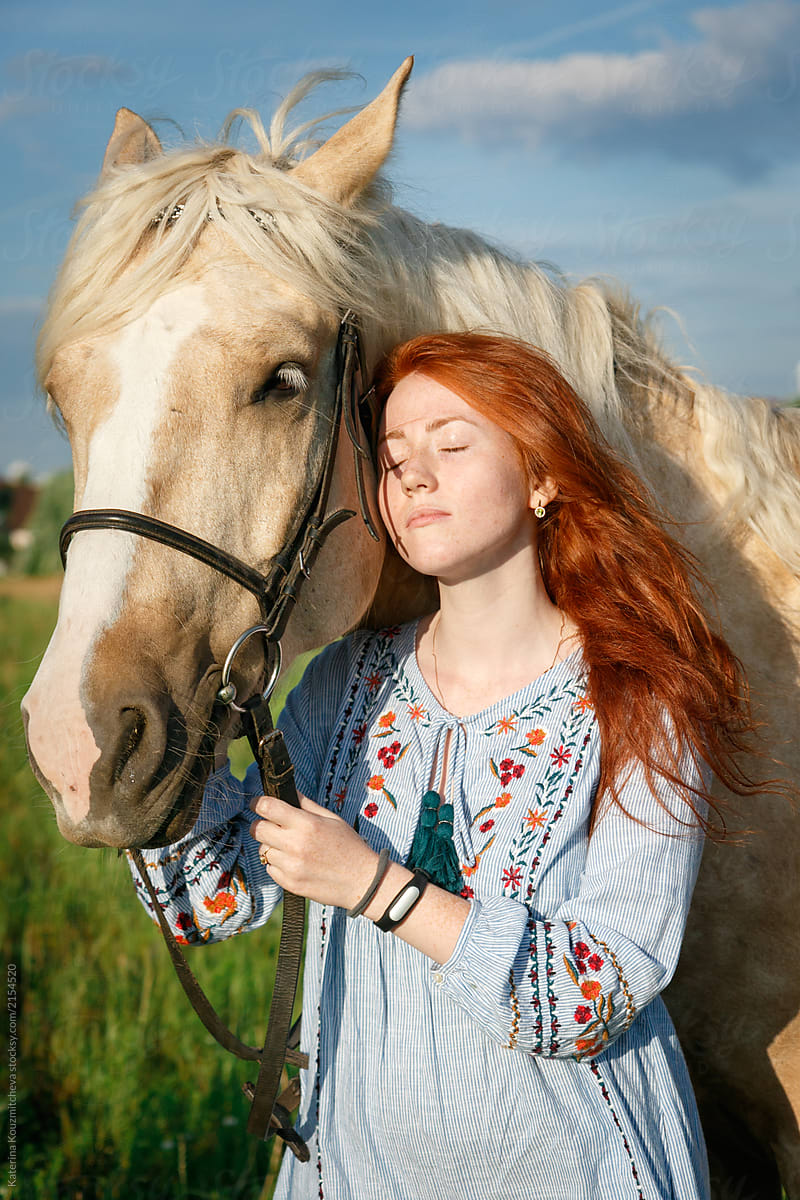 I’m also willing to bet that, if scientific research were conducted, it would discover that a huge percentage of weirdos grow up to be artists. From living in a fringe fantasy world to creating art, it’s a logical leap. Freud believed that artists were just people who managed to channel their psychological issues into a socially acceptable and visually appealing outlet. The only difference between an artist and a neurotic is one of degrees. Through his talent, the artist is spared a spiral into complete weirdoness.

It’s only a theory, but it might help us begin to understand the eccentric characters that abound in the art world. But since every theory needs evidence to support it, let’s check out some case studies. Behold, a collection of our favorite weirdo artists throughout time. 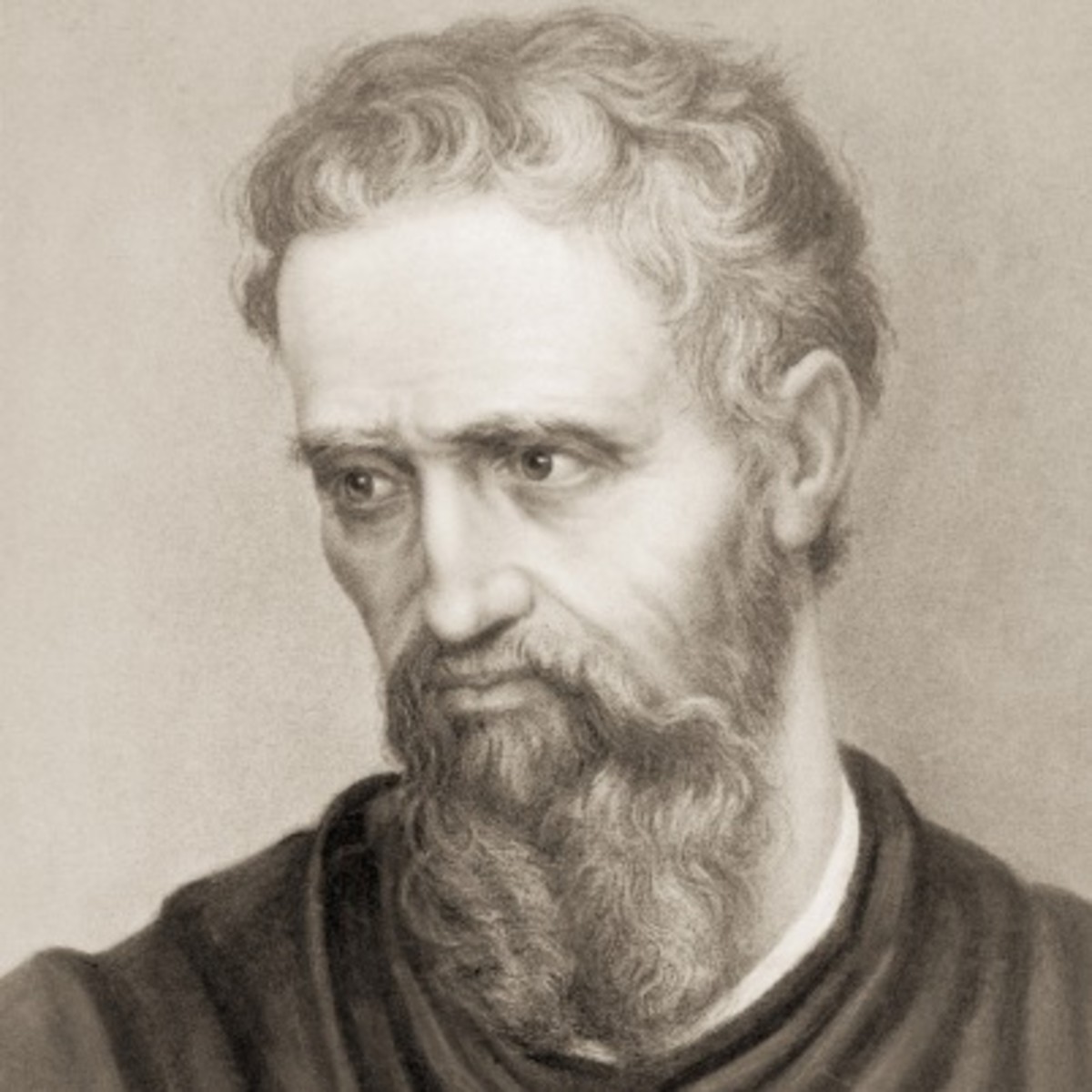 Why so puzzled, Michelangelo? Maybe he’s wondering how many weeks it’s been since his toes saw the light of day.

While weirdo artists are no doubt a timeless phenomenon, one of the oldest weirdo artists that we have on record is none other than the Renaissance master himself, Michelangelo.
Many artists try to pare down their daily routine to focus on their craft, but Michelangelo took it to extremes. According to a very credible source (Google), Michelangelo wasn’t huge on personal hygiene. Apparently, his house was about as clean as a frat basement after their biggest party of the year. He rarely showered, never changed his clothes and even slept with his shoes on, so long that his feet would be peeling when he finally took them off. Sorry—that’s the grossest thing you’ll read in this article, I promise.
And why didn’t it occur to this genius that a little shower might do him good? Unfortunately, my personal medium is out of the office today, so I have no way to contact the ghost of Michelangelo. My own speculations will have to do.
Maybe he had a thing for avoiding unnecessary luxury. Apparently, he was quoted saying that no matter how rich he became, he would always live like a poor man. Maybe he wanted to stay in touch with the squalor of the human condition as fodder for his artwork. And maybe he was just doing what Daddy told him—his father said that never showering would keep him healthy. He lived until 89, so maybe there’s something to it after all. 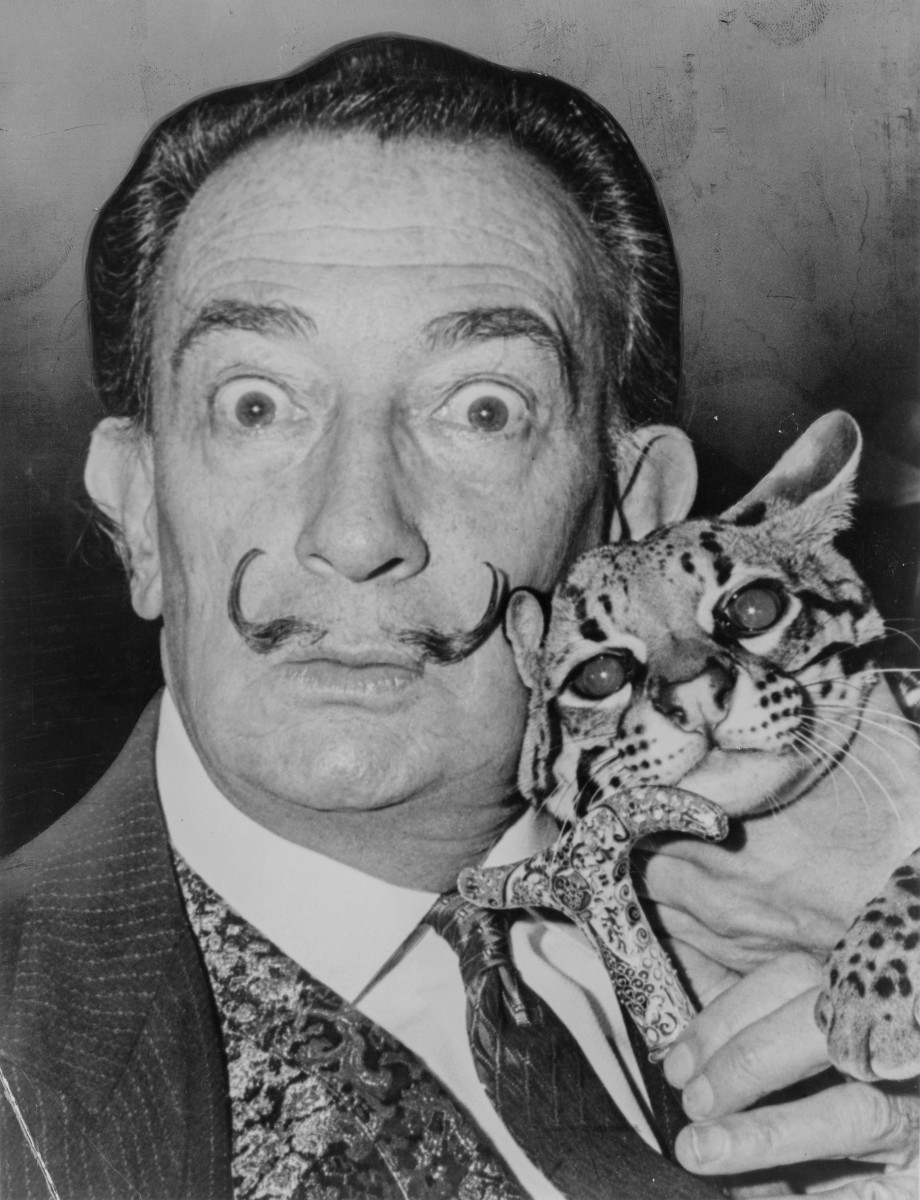 No list of weirdo artists could be complete without Salvador Dalí. The weirdo artist of all weirdo artists, his weirdoness pervaded his whole personality. Ladies and gentlemen, no part of this man was not weird.
I’ll outline just a few of his quirks. For starters, he stole pens. Not a hugely weird offense by all standards—just your typical hotel room behavior. But when fans would ask Dalí for an autograph, he would just keep the pen.
Not convinced? Here’s another. Complain all you want about bougie Palm Springs grandmas and their tiny, yappy dogs, but Dalí did them one better. He carried his pet ocelot with him when he went out on the town. Then, of course, there’s his weird moustache, the telltale sign of the weirdo. He also spoke about himself in third person, paid his restaurant bills by doodling on the receipt, and once gave Mia Farrow a dead mouse in a bottle. Anything in the name of art. 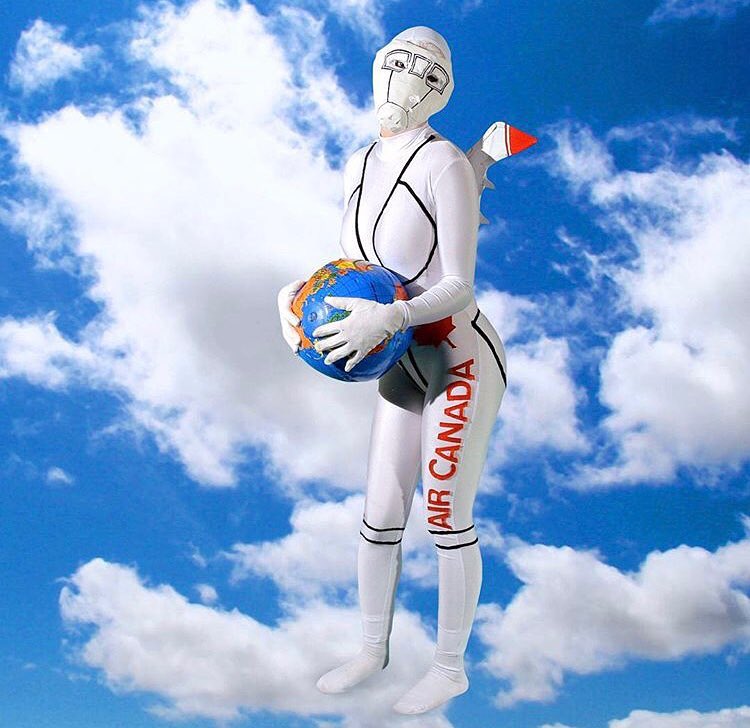 Digital artist Maya Ben David’s brand of weirdness is the closest to your stereotypical weirdo. Her IG feed is a testament to niche Internet fandoms, geeky references and all-around weirdness. Her roots are firmly planted in weirdo soil: best known as the original (because apparently there have been copies?) sexy Air Canada girl, she first made a name for herself appealing to a sexual fetish for anthropomorphic machines. Just another day in the age of Reddit. 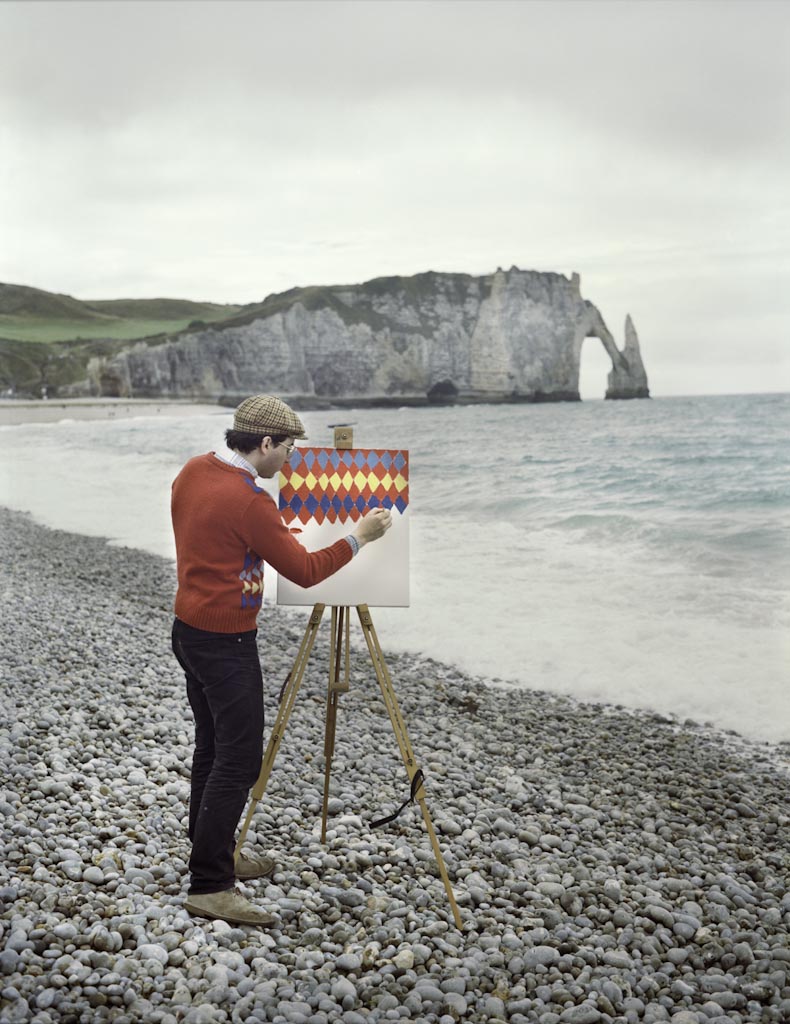 This painter/photographer duo seem to have a pretty vanilla practice: they travel to scenic places for a little classic plein air painting—but with a twist. The difference? In der Beek posts up in front of a beautiful beach, a desolate church, or a virgin forest, only to paint… the pattern of his t-shirt. Schubert captures the result in a series of hilarious—but undeniably weird—photographs. 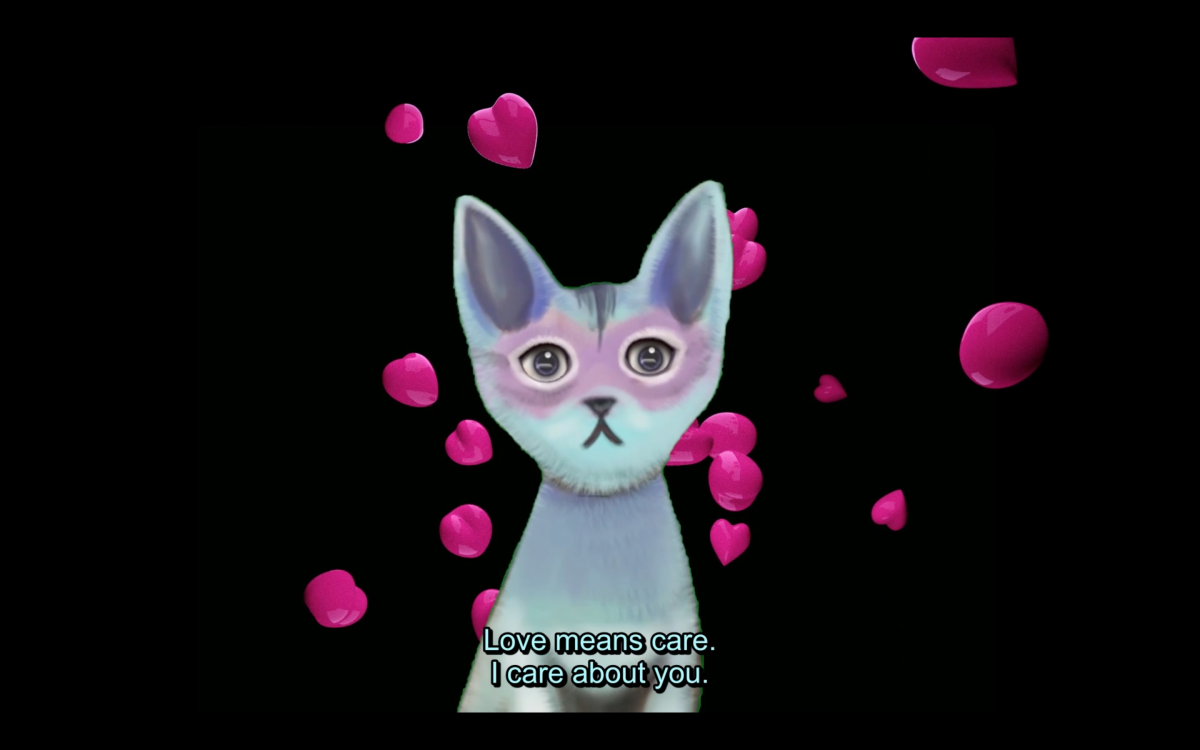 According to her website, this Turkish-American artist has been “drawing nonstop since 1979, does that make her a true artist?” We’ll save that debate for another article, but artist or not, Yoldas is a true comedian—and, as her work will attest, a true weirdo.
Take her 2016 piece, The Kitty AI: Artificial Intelligence for Governance. Yoldas dreamt up a pretty bizarre premise to explore some very pressing questions of technology and politics. Kitty AI is the first non-human governor, whose impressive, computer-generated capacity for compassion helps her rule with a human touch. As weird as the idea may seem, Yoldas uses Kitty AI to help us think (and laugh) about most of the problems facing Millennials. 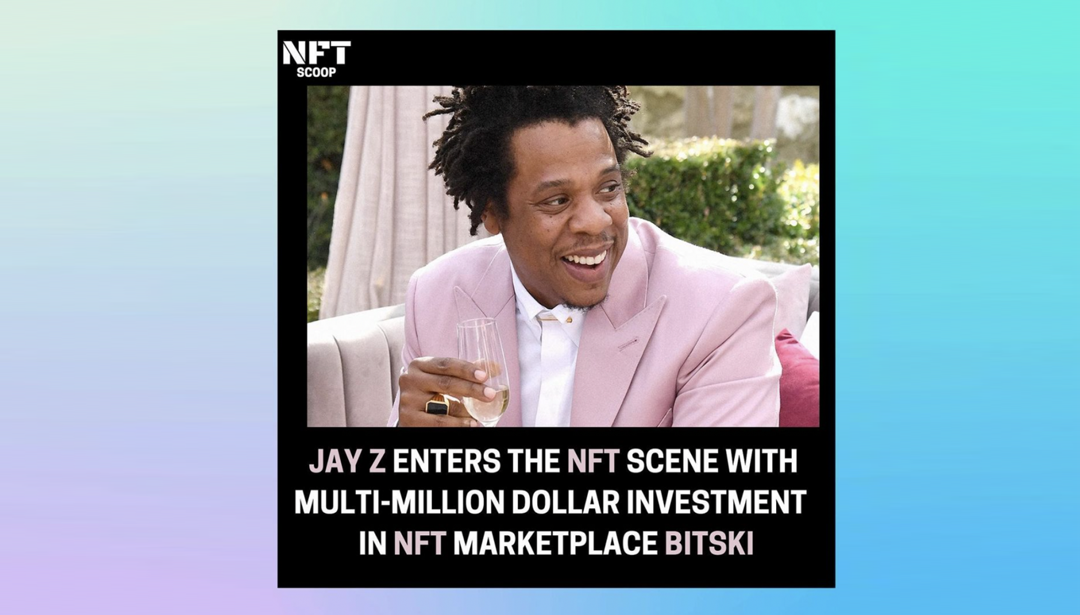