If Feminist Art were Vogue, Judy Chicago would be Anna Wintour. Ruling sovereigns of their chosen spheres, art and fashion, both women changed the rules of the game forever—but the similarities stop there. “My career is a kind of lesson plan for what it takes to push through the obstacles of those whose stories are not considered important,” Chicago told Tate Modern in an interview one year ago in June. And push through obstacles she did, proving what many thought was against all odds something that now seems so obvious I can’t believe I have to (literally) spell it out: a woman can be an artist.

But Chicago wouldn’t want us to lose sight of the not-so-distant past, one that she lived through and fought to overturn, when female artists were considered second-rate, if not a complete joke. To keep pushing history in the right direction, let’s raise our glasses to the reigning queen of Feminist Art. In honor of her 79th birthday, here are five things to know about Judy Chicago. 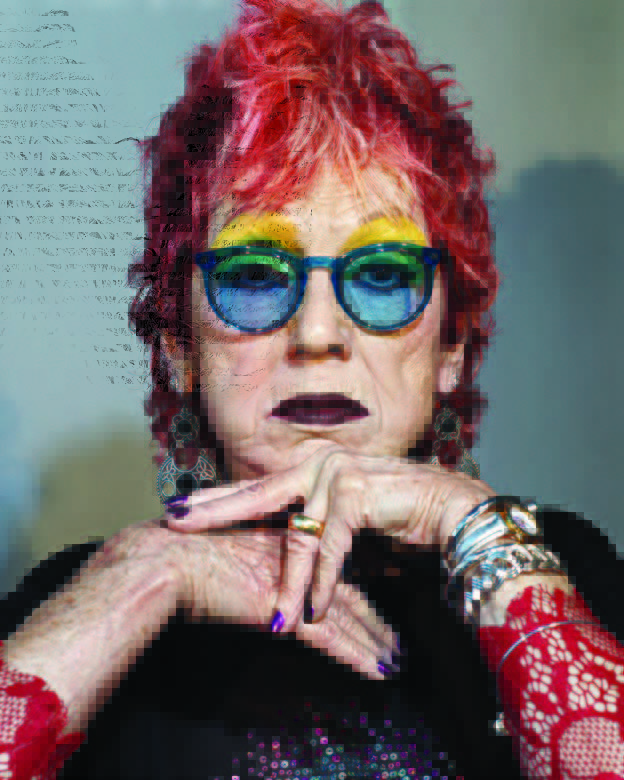 Early in her life, Chicago learned that just because everyone agrees on something doesn’t mean it’s true. Her parents were adamant Marxists at the height of the Red Scare in America, forcing young Judy to reconcile the fair and kindhearted people that her parents were with the evil caricatures of communists being fed to her at school. She grew up with a healthy skepticism of societal beliefs, which later helped her shatter the macho status quo of the LA art scene.

After finishing graduate school at UCLA, Chicago plunged headfirst into the cesspool of sexism that was the 1960s LA art scene. To keep up with the Ferus Gallery boys, the cool crowd of art bros that dominated the art scene, she gave up her college painting style (heavy on ‘feminine’ colors and symbolism that her professors hated) and went all-in with formalism and abstraction. Though her work was just as good if not better than the men’s, she never received the critical attention she so desperately longed for. Finally, enough was enough. Once Chicago stumbled upon the world of radical feminist thought in the 1970s, her life and her art would never be the same. 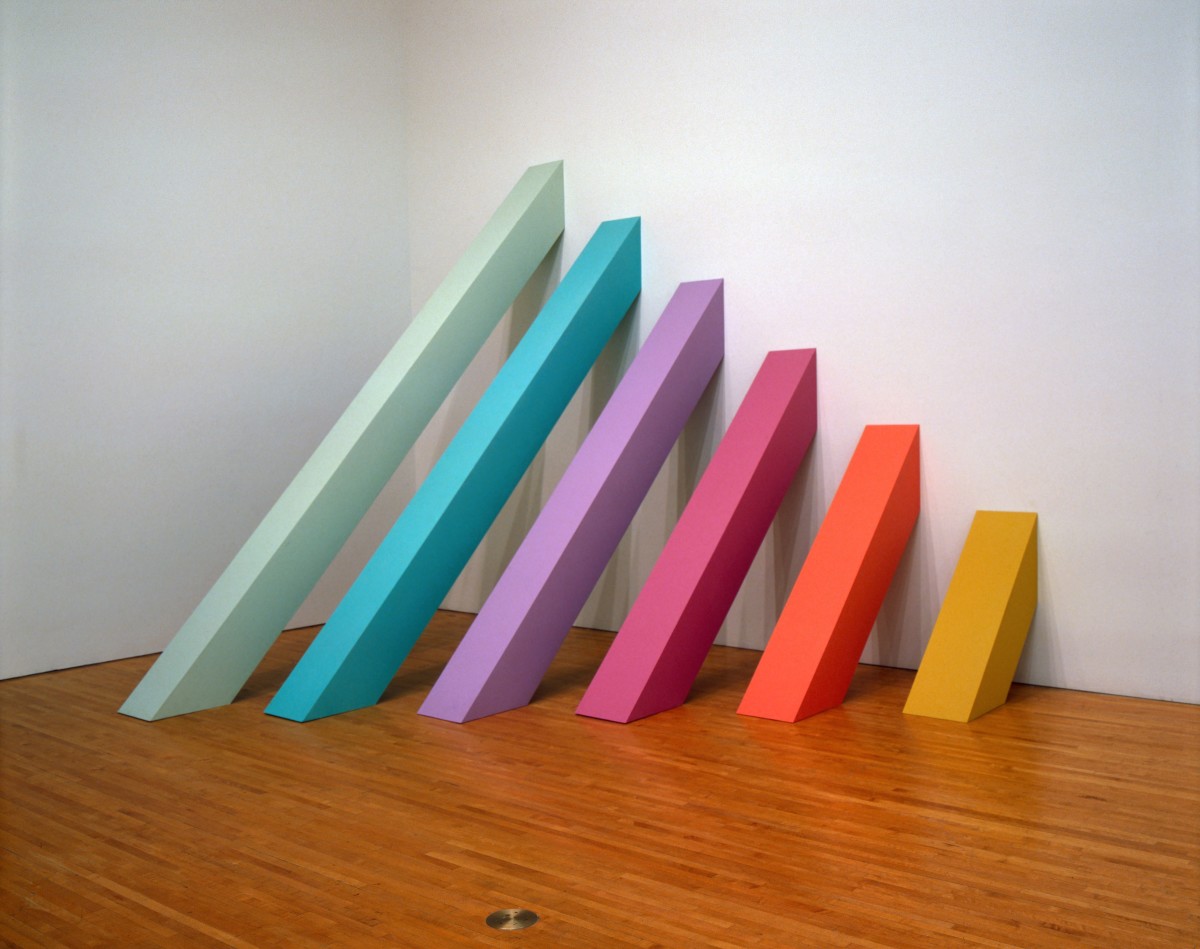 In 1972, Chicago and fellow artist Miriam Schapiro decided to renovate a run-down Hollywood mansion—but not to flip it for a tidy profit. Together with a group of local artists and students, they turned the house into an avant-garde installation that fell somewhere between whimsical and dystopian. “Womanhouse” was Chicago’s first feminist initiative, which would later include Womanspace, a gallery in Downtown LA, and the Feminist Art Program at Cal State Fresno.

In her memoir, Through the Flower: My Struggle as a Woman Artist, Chicago wrote, “Women had embedded in houses for centuries and had quilted, sewed, baked, cooked, decorated and nested their creative energies away. What would happen, we wondered, if women took those same homemaking activities and carried them to fantasy proportions?” 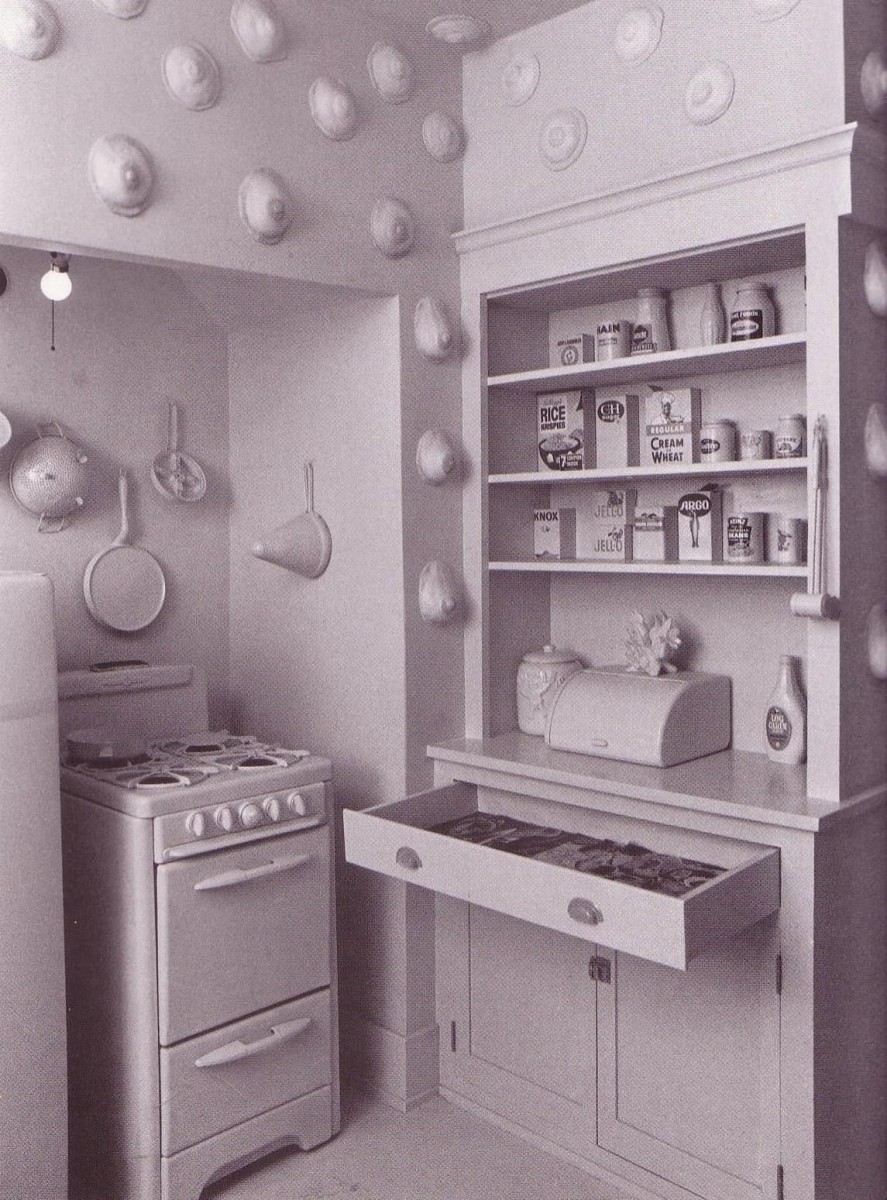 Each of the 17 rooms became an immersive art piece, complete with live performance, pointing out the absurdity of women’s forced captivity in the home for most of history. Highlights include the kitchen with eggs-turned-breasts sliding down the walls and the garish “Menstruation Bathroom” (Chicago’s contribution), which looks exactly how particularly bad first-day period cramps feel. In the month that “Womanhouse” was open to the public, more than ten thousand people to see it (more than 300 per day!), proving that public taste was way ahead of the critics—and that Chicago was a woman way ahead of her time. 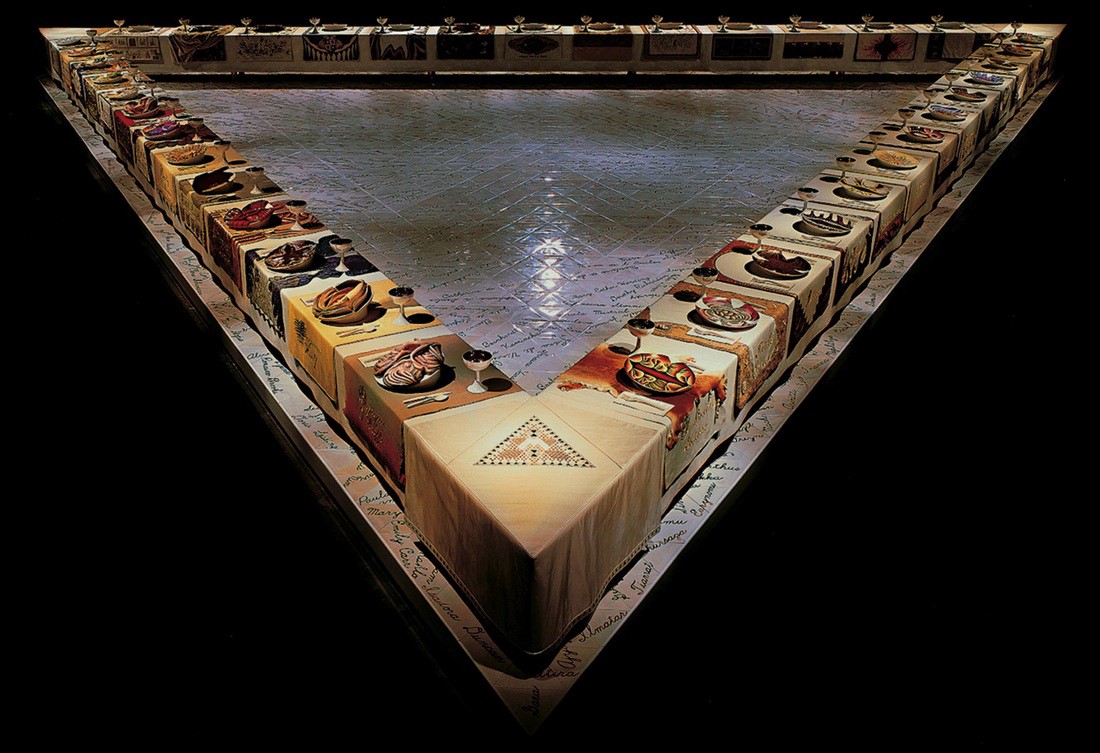 If you’re going to have just one of Chicago’s pieces in your dinner party name-drop arsenal, it should be “The Dinner Party,” a massive installation finished in 1979 after more than 400 volunteers worked on it for 6 years. It opened at the San Francisco Museum of Art and is currently on view at the Elizabeth A. Sackler Center for Feminist Art at the Brooklyn Museum, which houses a large collection of Chicago’s work. A feminist reboot of “The Last Supper,” the piece celebrates, as she puts it, the people who have historically done all the cooking, using a total of 39 place settings spaced out over triangle-shaped table. The piece is dense with symbolism and art history references, so on the off chance you’re not an Art History major with a concentration in Women’s Studies living in Brooklyn, you can still get the full dinner party experience with a guided tour straight from the artist herself in this 40-minute video.

The best thing about “The Dinner Party” (other imagining Judy Chicago, hair probably dyed at least three different colors, sitting at a table with china painters, drinking coffee, complaining about the patriarchy and discussing how to make the perfect shade of purple—watch the video!) is its positive take on feminism. By highlighting badass women in history, Chicago wasn’t trying to erase all the men but to give the fairer sex, in the words of fellow feminist queen Solange, quite literally a seat at the table. In the Judy Chicago worldview, women are not superior to men but equals that should be treated as such, a moderate view that sets Chicago apart from the (understandably) more radical feminist thinkers of her day. Surprisingly for a woman who calls herself an artist and a troublemaker (she once took a group of her students dressed up as ‘cunt cheerleaders’ to the Fresno airport to meet Ti-Grace Atkinson), her feminist vision is founded on peace and harmony, a lesson we should all carry forward today. 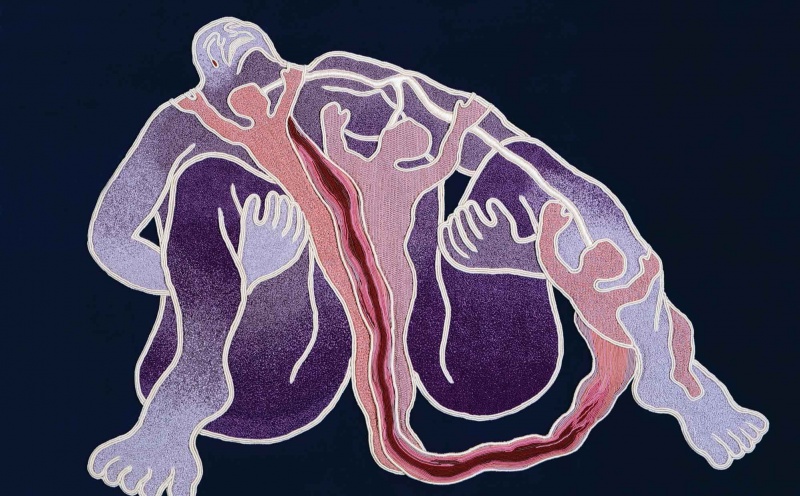 The best way to sum up Chicago’s attitude towards the art establishment is to quote legendary writers’ agent Peggy Ramsay, famous for coining the phrase that we’ve all muttered under our breaths and texted our girlfriends: “fuck the critics.” When “The Dinner Party” first opened, most (male) critics dismissed the piece as thinly veiled political kitsch, not ‘fine’ art. As Chicago points out, the lack of female artists with mainstream recognition is inexcusable (Have you heard of Élisabeth Vigée Le Brun, Marie Antionette’s court painter? Me neither, until I started researching this piece). It just goes to show that the establishment is not to be trusted with protecting female artists’ legacies.

“One of my goals was to make sure that my work would not be lost,” Chicago told the New York Times in 2018. “And I did not make an assumption that all would be taken care of.” We can all take a moment to admire her hustle. Helen of Troy might have had a face that launched a thousand ships, but Judy Chicago has the talent of a top-notch artist, the grit to stay true to herself no matter who says she can’t or shouldn’t, and the swagger to pull off leopard print, purple lipstick and tinted glasses—and all at the same time. Those, my friends, are the trappings of a true icon. We can only hope that as the balance of power in the art world continues to tilt in our favor and more and more women help shape public awareness of the arts (ahem), Chicago will feel more confident about leaving her legacy in good hands. 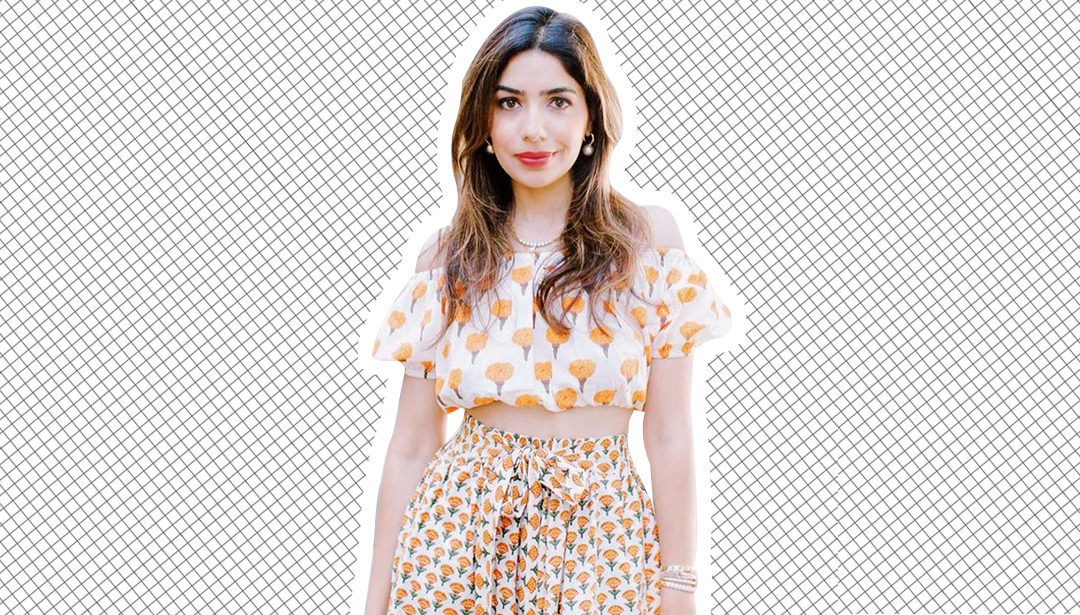 #GoodNews - Ever Heard of An Optimism Doctor? 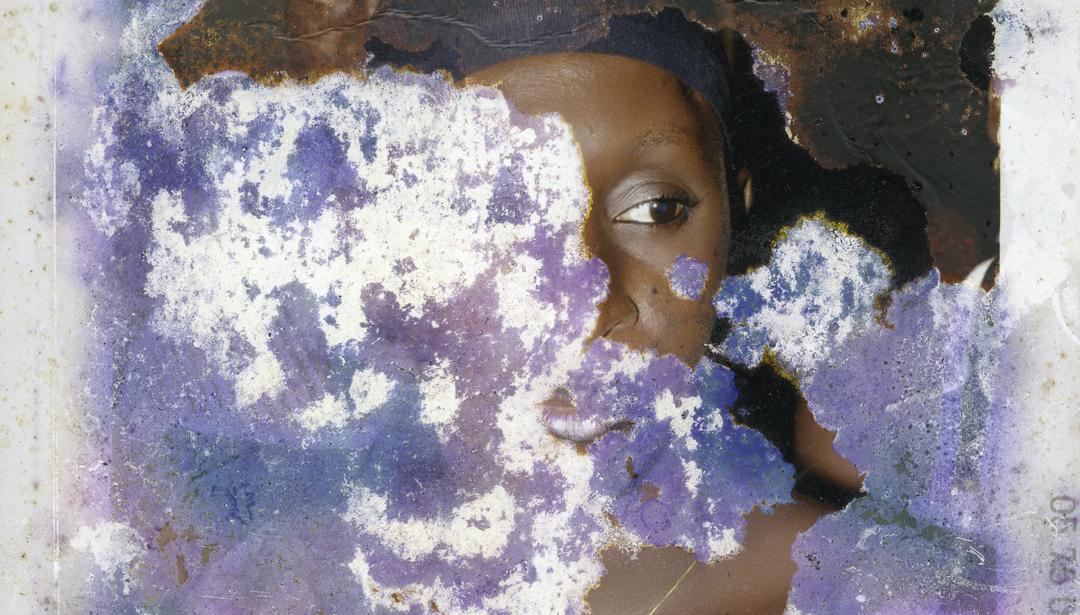