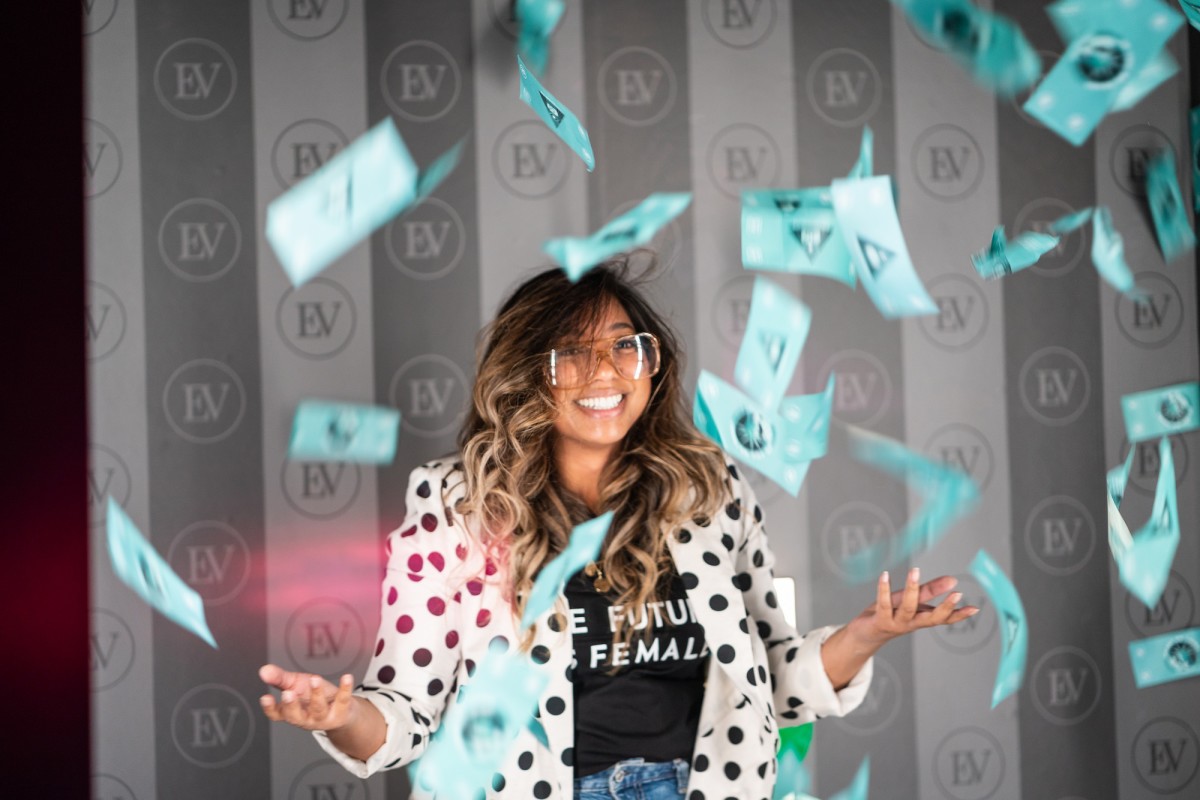 With the rise of pop-up selfie museums, one woman in San Francisco said she felt they had no narrative and were a bit “soulless,” so she is creating a snarky, feminist pop-up for women called That Lady Thing, which runs August 5 to 8 in San Francisco.

The museum invites guests to collect fake dollar bills in the “money gap” room, rock climb “the corporate climb” and cross a ball room called the “sea of objectification.” 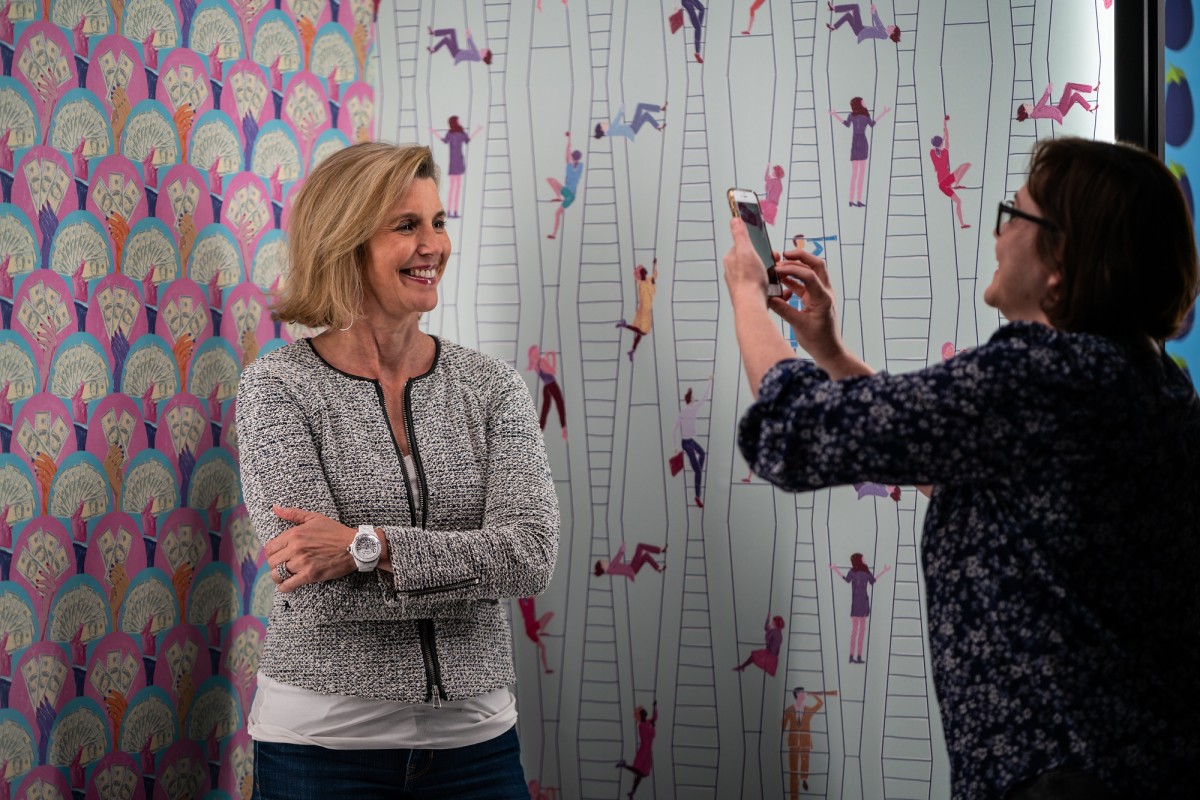 “We have made something candy colored but there is irony in what we’re doing,” she Jamie Shaw, the founder. “We’re trying to make something women will genuinely respond to because of the substance, not because of the look of it.”
Take the “money maker” room, which is filled with fake dollar bills and a fan, so the money blows around like a tornado, which is meant to tap into the wage gap (on average, women make 20% less than men for doing the same jobs). 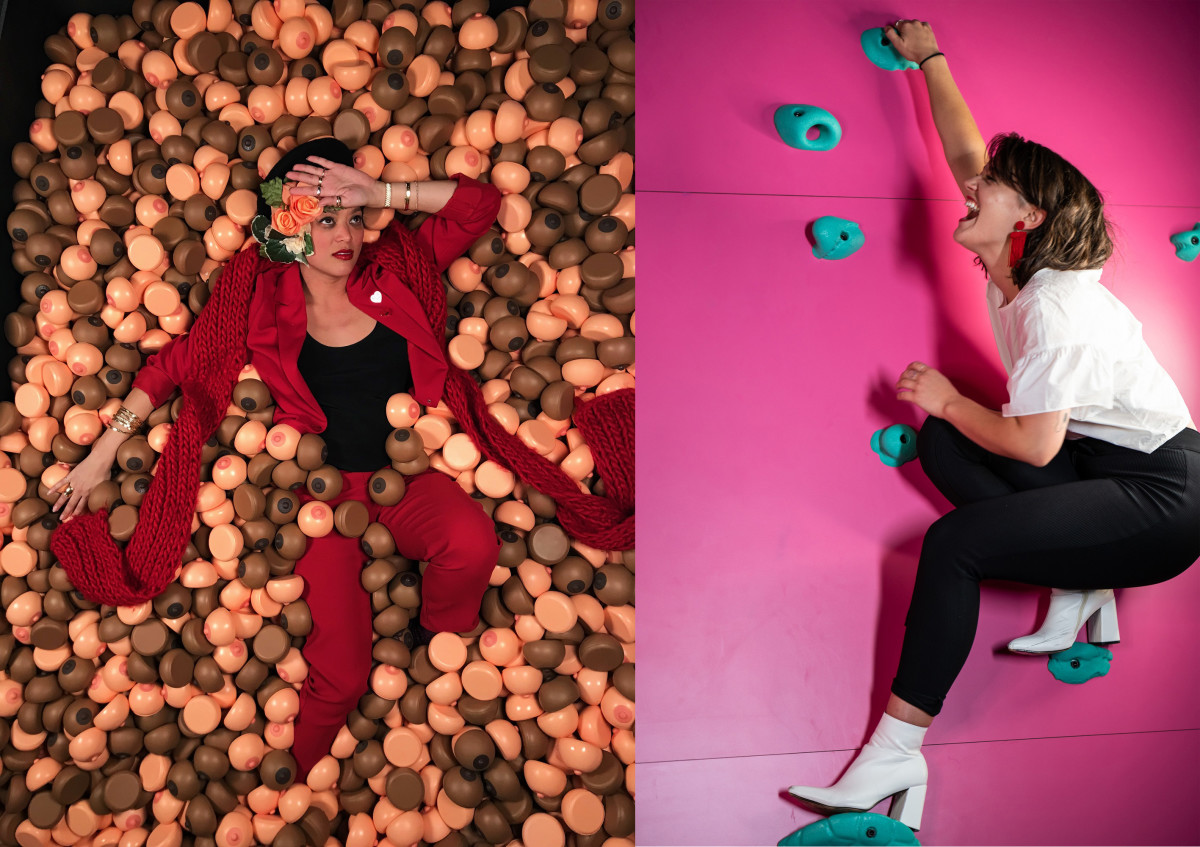 “Women don’t hit their peak earning potential until we’re well into our careers,” said Shaw. “Women retire with little money, many grow up with ‘that’s the man’s thing to do,’ but women live longer than men. This financial conversation is what women have been left out of.”
Text by Nadja Sayej
Photos via ruemag
#San Francisco #Selfie Feminists #That Lady Thing 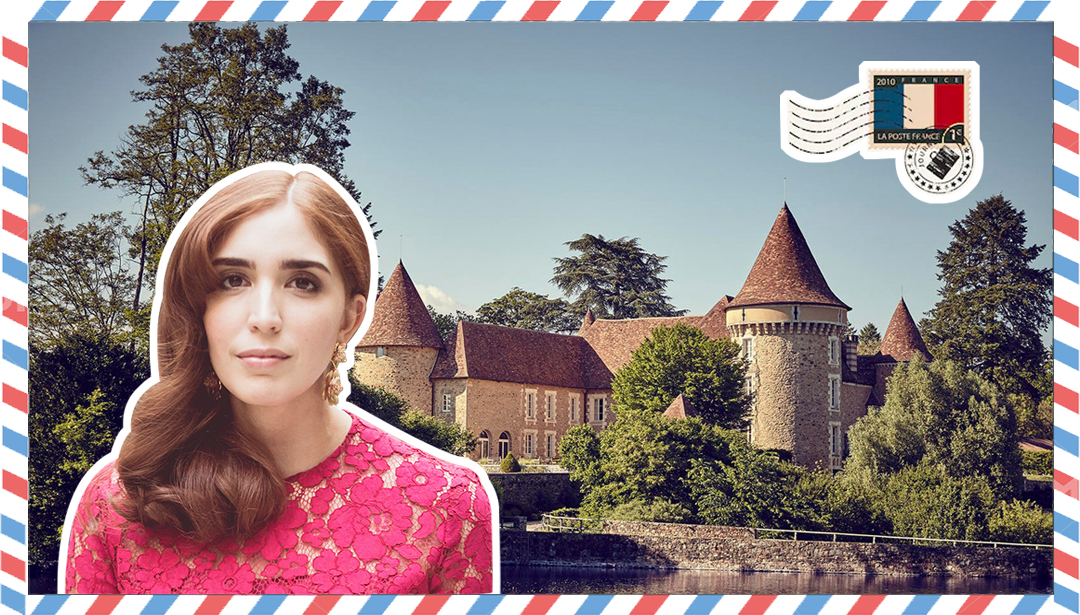 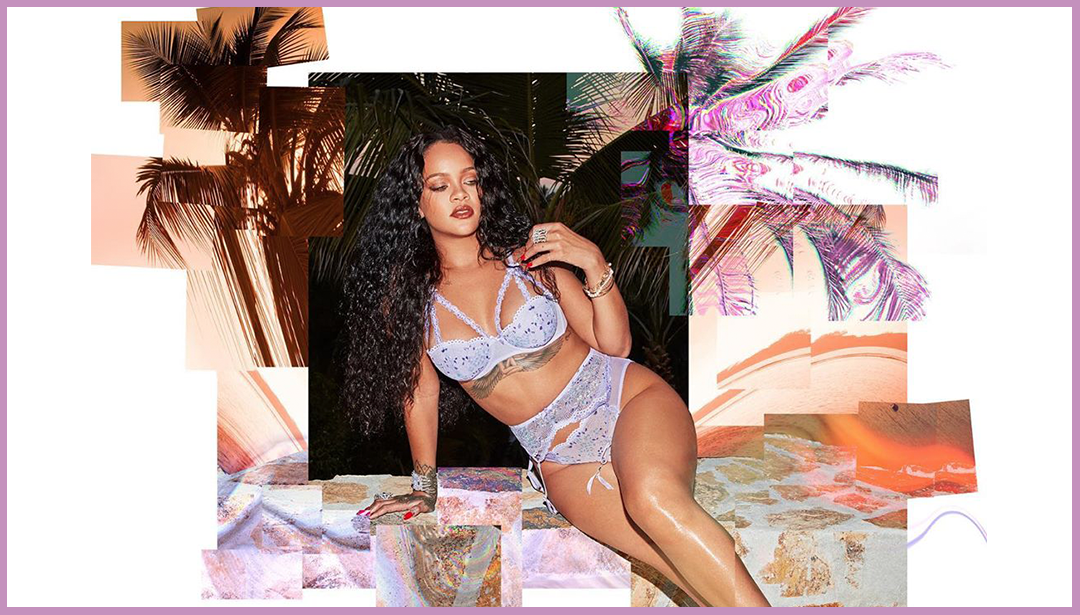