Who doesn’t wish that the secret to painting this century’s Mona Lisa or churning out a novel that gets you written up as the “voice of a generation” was as simple as waking up before 5am or starting your day with a cup of coffee made from exactly sixty beans? Most days it feels much, much easier to count out hundreds of beans than open my laptop and type one sentence that doesn’t send me on a compulsive Google rampage of law school admissions rates.

Deep down, everyone knows that catching and holding onto the creative muse takes much more than drinking fifty cups of coffee a day—not that it stopped Balzac from trying (the man also died of caffeine poisoning, so copy his methods at your own risk). At the end of the day, artists, well, they’re just like us: people who set up daily rituals and follow them the best they can to do the work they need to do. 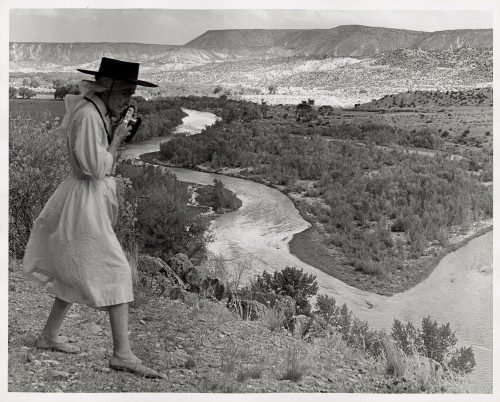 To start the day like Georgia O’Keeffe, wake up at dawn, light a fire (or a candle, for those of us who don’t live in a rustic villa) and sit in bed, quietly contemplating simultaneous gravity and meaningless of your existence while the sun creeps over the horizon of the picturesque New Mexican desert countryside you can see through your panoramic window. Then get up, to go your studio (or the back of your Ford, where O’Keeffe apparently did some of her best work) and get to work painting. Nude. 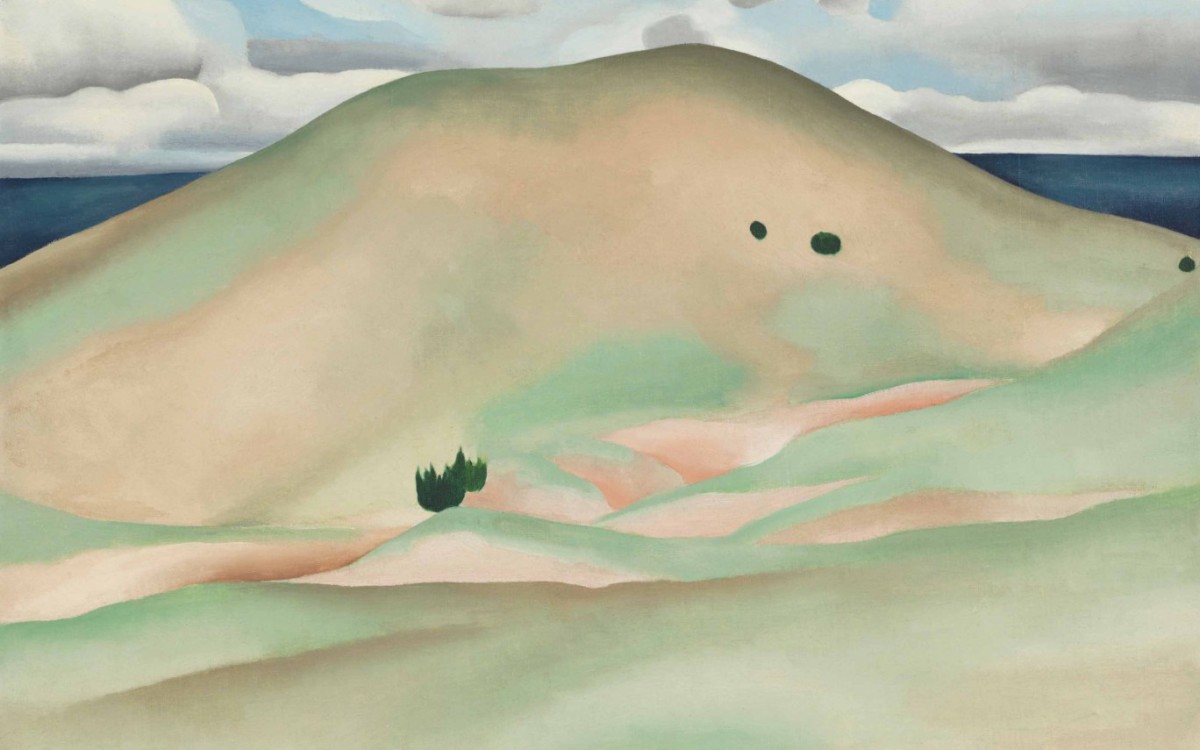 On the other hand, you could just call it a day before you go through all the trouble of standing up, getting dressed, or any of those other ridiculous demands modern society makes of us. As writer Edith Sitwell once said, “All women should have a day a week in bed.”

On your way to the kitchen, make a not-so-quick stop in the bathroom. Spend a couple minutes in despair over how especially manly your moustache looks this morning, then resign yourself to your fate with a sigh so loud and mournful that Diego wakes up. Pull your hair back tight and start braiding it into plaits, weaving in colorful yarn and flowers. Add lipstick, blush and nail polish, all in matching shades of magenta that go perfectly with your traditional Tehuana shawl. Once your unibrown is perfectly shaded, you’re ready to face the studio and the world. Still don’t know who this iconic painter is? Feel Fri-da take a wild guess… 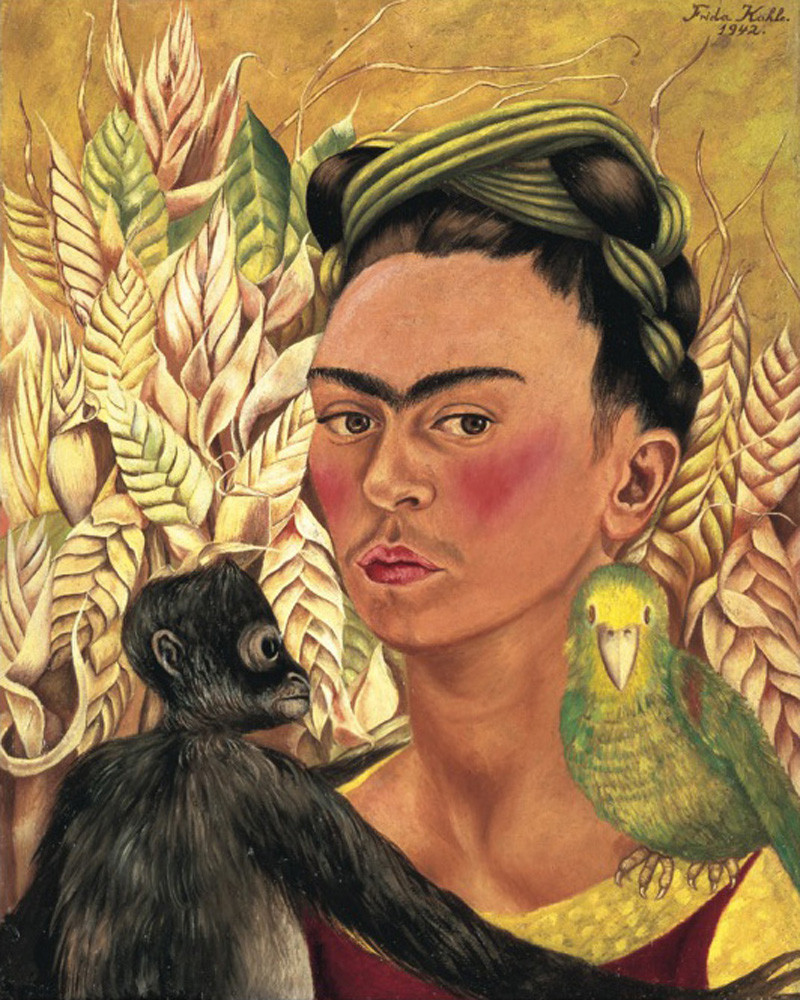 Self-Portrait with Monkey and Parrot (1942).

If there’s one thing this world can agree on, it’s the sweet, sweet pleasures of caffeine in the morning. Artist or mortal, there’s a lot of truth to the famous cliché: but first, coffee. Go ahead, have another cup. I’ll wait.

When your toes are shaking and your teeth are banging together so loud your cat looks concerned, it’s finally time to get to hit the studio. If, like Maya Angelou, you can’t stand to work in your house, grab a dictionary, your sacred text of choice (she used a Bible), a deck of cards and a bottle of sherry and head to the “tiny, mean” hotel room that you rent just for this. Sprawl out on the bed and type away all morning, pausing for a little inspiration when you need it—the Bible, not the sherry! That’s your reward when you hit your daily word count. Her rules, not mine.

If you’re a bit of a show-off (creative temperaments and big egos unfortunately have a tendency to coexist, but don’t take my word for it—date a couple art bros and see for yourself), don’t even think about sitting while you work. Virginia Woolf always wrote standing up (in a room of her own, naturally) to prove to her artist sister, who painted standing, that her craft was just as demanding. Petty sibling drama, maybe, but she probably had really good posture.

In case of emergency

When the inevitable creative block strikes, instead of beating yourself up over it (or whining about it on social media—sorry to break it to you, but even though creative anguish may seem very romantic and bohemian to you, it’s actually incredibly boring to everyone else) make like Maira Kalman, who had a laissez-faire approach to creating that involved a little healthy procrastination. Take a walk, ride the train to the end of the line, pick a random café to sit down, order a cappuccino and watch as the great river of humanity flows by. When all else fails, clean your apartment. Inspiration may or may not strike in the process, but hey, at least you have a clean apartment. 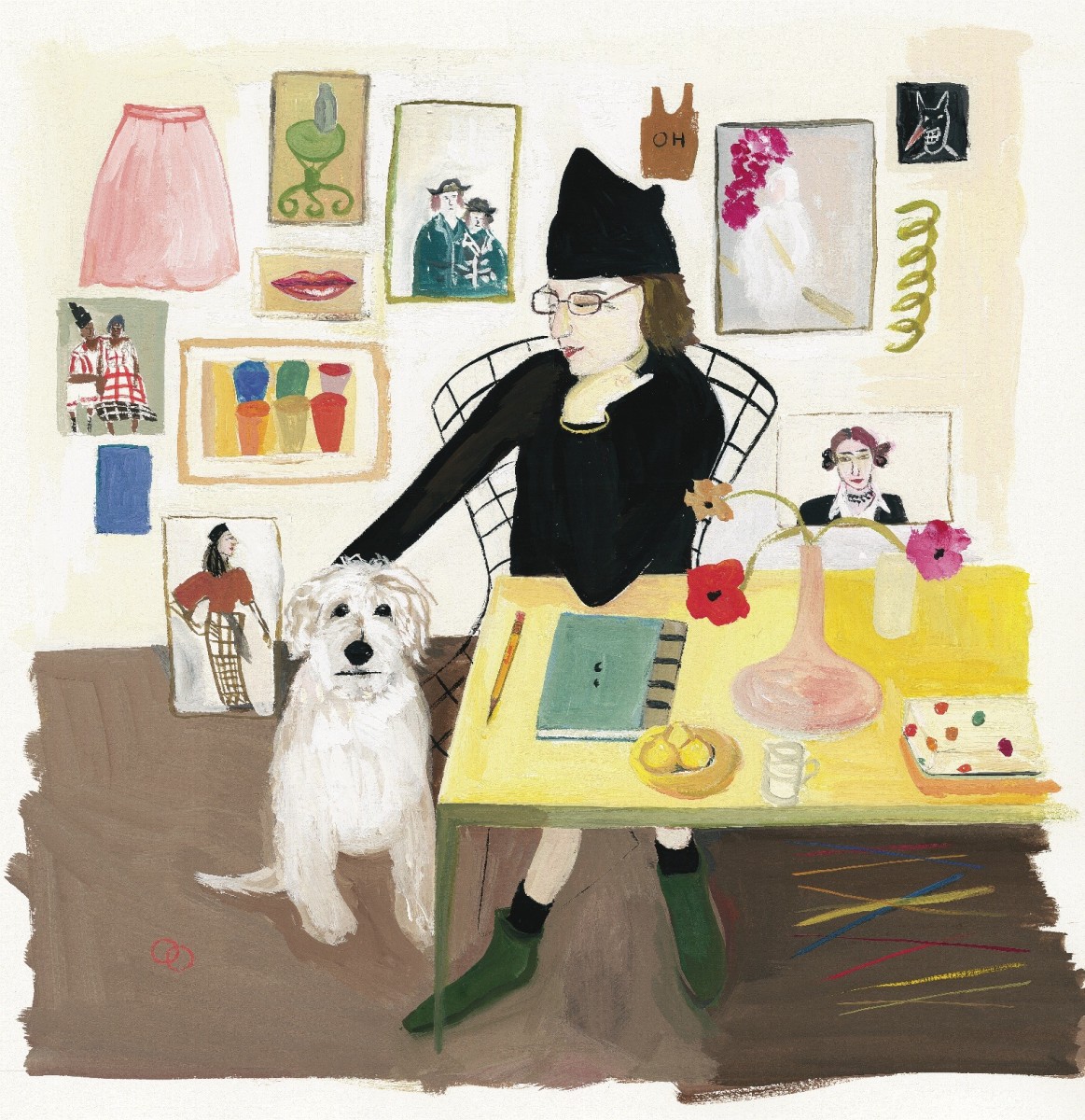 And at any point in the day when you’re feeling lost, trapped, doubting every single decision you’ve ever made, from the color you just mixed to your most recent haircut (Bangs? What were you thinking?) to your entire life trajectory, starting with art lessons when you were six to and ending with this studio, today, where you’ll probably keel over from lack of talent and inspiration—pause, take a deep breath and think back to Yoko Ono’s sage advice: “Be kind to yourself. Look at yourself in the mirror every day until you will recognize your beauty, wisdom and health written all over your face. Keep doing this exercise every day until you start to love yourself. I know you can and will.” And everyone knows Yoko can only speak the truth. 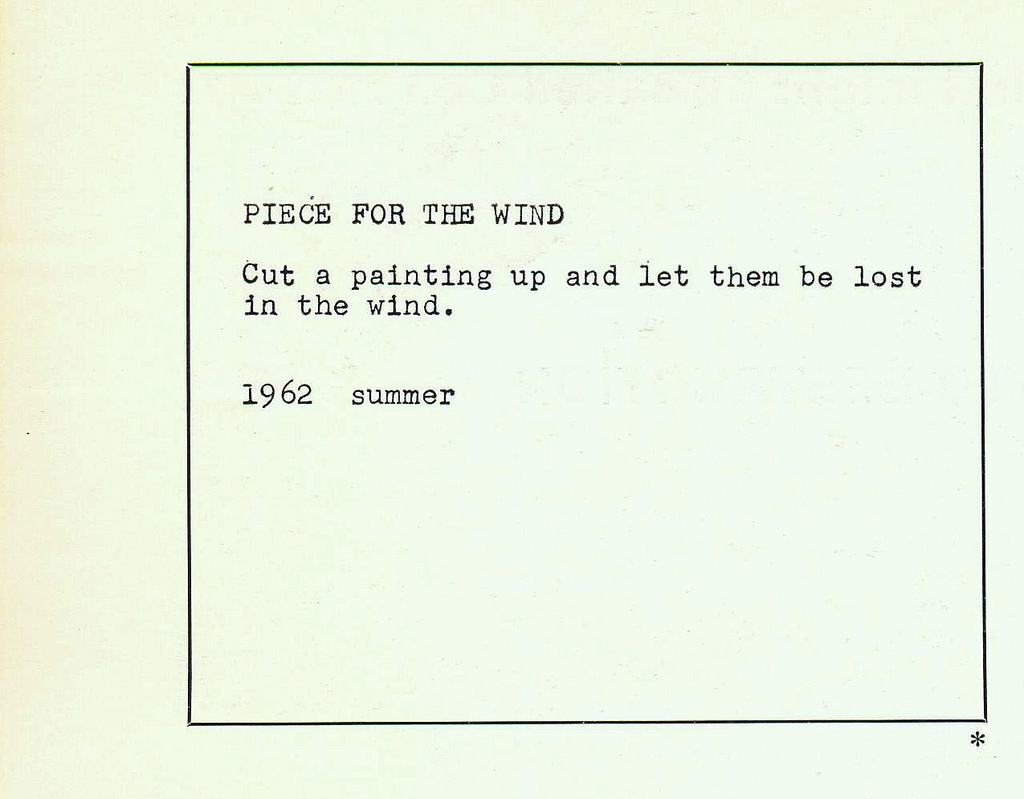 Piece for the Wind, Yoko Ono.

After a hard day’s work—or an even harder day of trying to work—pour yourself a well-deserved glass of champagne like Dame Paula Rego (a woman who clearly understands that champagne isn’t a drink, it’s a lifestyle). Best stick to just one, though—something tells me a pounding hangover won’t make it any easier to contemplate the sunrise at 5am tomorrow morning. 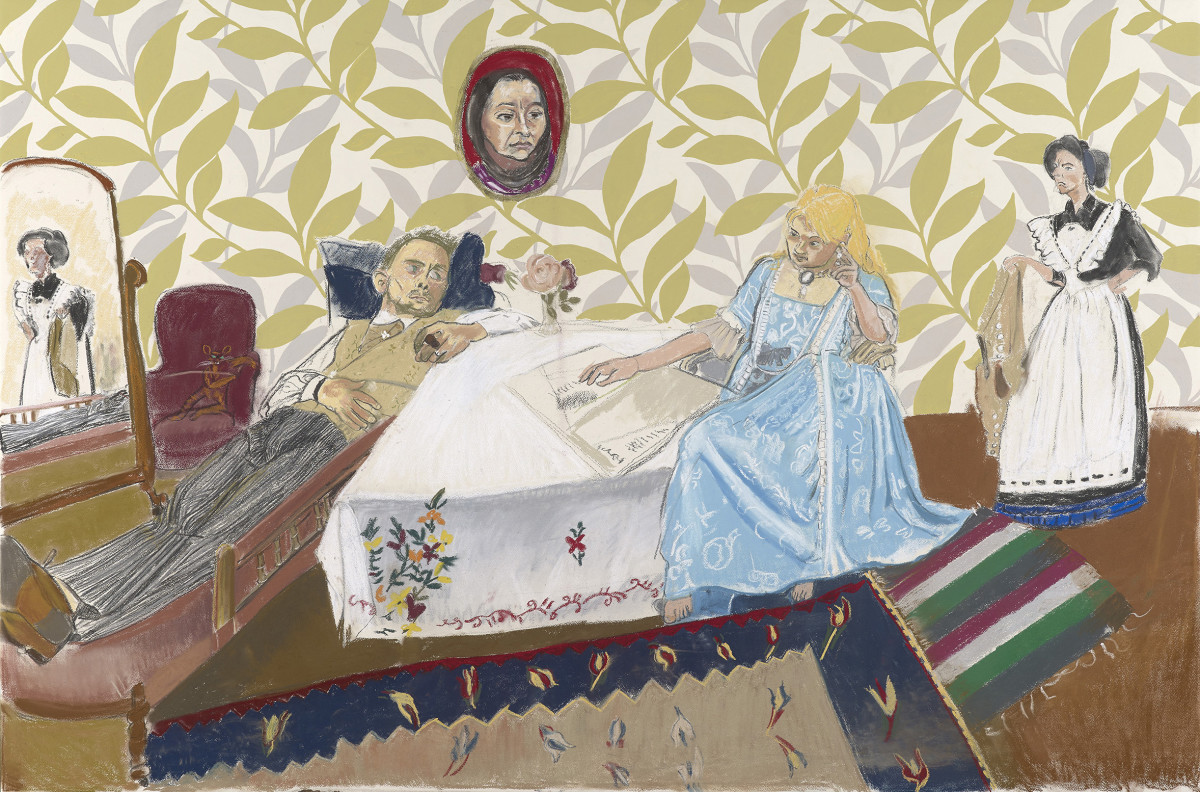 On the other hand, if you’re feeling more Eve Babitz than Georgia O’Keeffe, you could just say fuck it, invite your adorable artist friend to dinner, let him drag you out to a party stuffed with Hollywood’s bohemia, end up going home with him and his new girlfriend. Wake up with a hangover and an idea for a story.

In the middle of the night, slip out of your sleeping lover’s bed and dive headfirst into a new novel (or painting), à la George Sand. Wake up the next morning with no memory of your nocturnal escapade—if it wasn’t for the stray specks of cerulean blue smeared on your chin, you’d think you dreamt the whole thing. 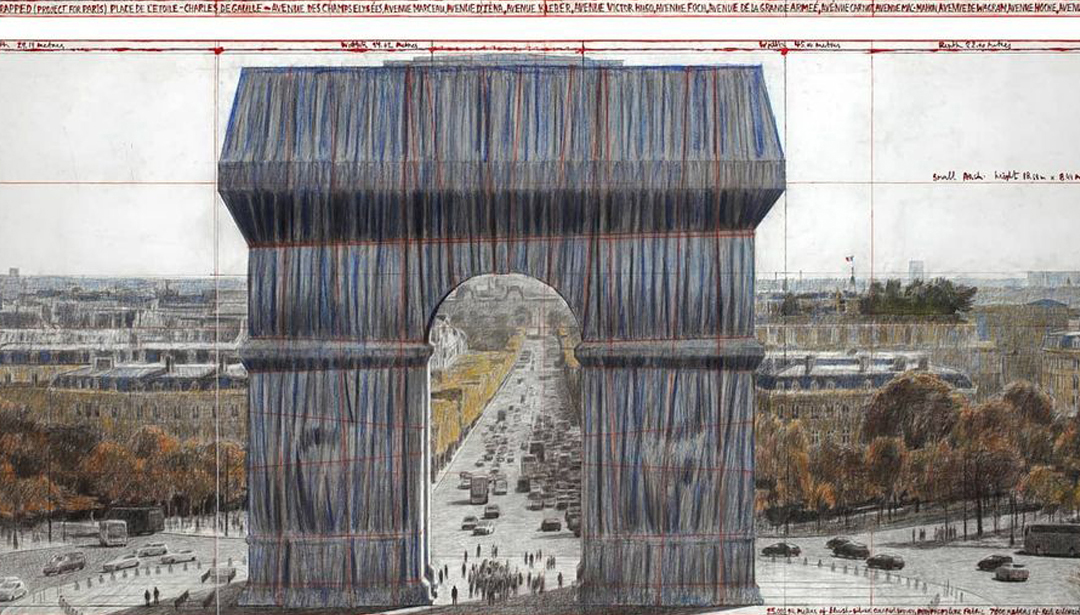 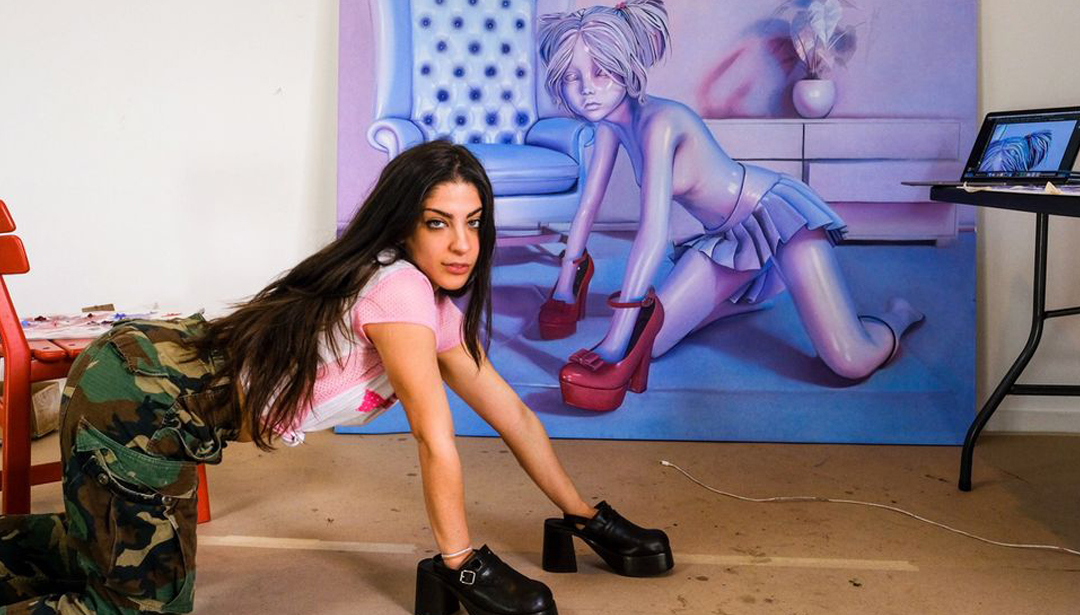 5 Unmissable Exhibitions To See This May