Hello my little bees, I hope you had a restful spring break and that life isn’t quite as bonkers as the English weather (last week I needed sunscreen and now there’s an inch of snow… what is going on?) I’ve been spending an inordinate amount of time on Instagram (@amldawson) over my Easter holiday, looking for the art that I can’t see in real life and chatting to the people who are too far away to come and sit in the garden. But because at The Art Newspaper I write the monthly column Insta’ gratification, which looks at how the art world and Instagram collide, it’s practically part of my job to incessantly be on the app, right? Although I am a self-confessed Instagram-aholic, I’ve been thinking about—and writing about—social media more than ever lately. I can’t stress enough how vital it is to the art world and I’m not just saying that because I’m some snowflakey Millennial. From creating content to networking, and from PR to making money, social media is a huge part of the art ecosystem and it is a part that is growing—exponentially. So why is social media so often an afterthought, tacked on to the end of a project and left for the intern to do?

I did a big piece of research for The Art Newspaper’s Visitor Figures 2020, an annual survey of attendance at international museums, where I looked at the total number of followers on the social media accounts of the top 100, most-attended museums. (You can imagine the fun I had with Excel). I first tallied up these numbers in 2020, just as the pandemic hit, so it was fascinating to see how much things have changed in a year. We keep talking about how the art world “went digital” so do the numbers match? Without a doubt, yes. The number of museums’ social media followers increased by almost 50% in the year; meanwhile in-person attendance to museums decreased by 77%.

Maybe you’re thinking, “museums have always had social media, what’s the problem?” (In fact, some of the biggest museums in the world have only just signed up to Facebook *ahem, the Uffizi*). The point is that there are now far more “virtual visitors” than there are those IRL. Social media can no longer be seen as a cute complimentary service to a physical visit or an online inventory check. For many, the Instagram account is as close to the museum as they will ever get. For so long, social media has been a way to show off a collection; to post a pretty picture and regurgitate its museum label. But just as museums have had to raise their game in visitor experience, it’s time that they worked on their social media game (read: engagement). This year has seen a lot of innovation in that department, encouraging comments and interaction, but there is still a lot more to be done. Social media is changing and developing all the time. There are so many features that have their own specific uses, from Facebook’s groups to Instagram’s reels, and using these (and using them right) is key to social media success. So often they are ignored as a complicated, time-consuming fad.

I spoke about the tendency for museums to leave social media to the last minute with Rob Baker, the director of marketing and creative strategy at the Museum of Modern Art in New York (the world’s most followed museum on social media). He described the past year as a turning point for how museums use digital channels. “The process historically has been linear,” he said. “The exhibition is one thing and then it moves to education, comms and marketing, and then content fits somewhere at the end of that. But imagine the world where the digital content is actually in the inception of a project.” He talked about a new exhibition at the museum called Reconstructions: Architecture and Blackness in America where this was actually the case. Although it manifests as an exhibition there is also a suite of digital content including free online classes on Coursera and audio files and digital publications. “These allow you to get into all of the topics of the exhibition, without being in New York,” said Baker. “I see this as a potential model for how we think about projects into the future.”

So far I’ve spoken a lot about museums, and of course they are just one part of the art world. All of this is applicable to fairs or galleries or even individuals. I have personally made so many contacts and art friendships on Instagram and I consider it a vital part of my work and my (dare I say it) “brand”. I’ve held a few workshops about art writing recently, particularly for fresh graduates and emerging artists, and I always include a bit about the importance of a social media presence (I have another such class coming up in June with Open Space, sign up here).

One of the biggest issues about social media’s somewhat shunned status in the art world (and beyond) is the stress it puts on people who work in this field. Art organisations are lucky if they have a dedicated social media person, never mind a team—more often it’s a task added to the roles of another (possibly unrelated) job or it’s something outsourced to a young and keen intern who “knows about these things”. (Note to all: being in your twenties does not automatically qualify someone as a good social media manager or content creator). And then regardless of this neglect there is a huge expectation over the number of followers and likes and levels of engagement. Some companies see others doing well on social platforms and wonder why they are not comparing—the main reason is always investment, and not just money.

The reality is that good social media takes TIME: it takes planning and collaboration; it takes good design and clever editing; it takes strategic scheduling and regular monitoring; and it requires constant re-evaluation. It. Is. A. Full. Time. Job.

It has been a hard year for everyone but imagine being a social media manager (SMM) during this time, when your undervalued, underpaid, under-resourced job suddenly becomes the main focus of an entire company or organisation. The Covid era has brought a great deal of digital opportunity, don’t get me wrong. But it also brought about a huge amount of stress for those in certain jobs. I felt for Claire Lanier, the senior manager of social media at the Metropolitan Museum in New York, who posted a long message on her Instagram stories (@hedgehogmurphy) last month about SMM burnout. She wrote: “I really do NOT want to overinflate the significance of my work, truly, especially in a year when we’re all beyond exhausted. But I DO want to say that social media management is gruuueling (sic) work, and so many of my colleagues out there have put in ungodly hours this past year and made real, genuine personal sacrifices for the sake of their museums and brands. They don’t have office hours (they are almost literally on call 24/7) and are the absorbing the vitriol of the digital world. Imagine if every piece of work you did was instantly open to pubic scrutiny, sometimes to millions of people, every single day, multiple times a day. Anyway, hug a SMM today if you know one. They are so very tired.”

Lanier also shared an Instagram post from the social media management company Sprout Social that gave some predictions about the field in 2021. One reads: “I see the role of SMMs becoming essential in 2021. SMMs have moved from being in the room to the ones leading the room.” Another says: “There have been a lot of conversations this year [2020] about the work of SMMs and the stress involved. I hope that in 2021 we see more respect and appreciation for these roles and social in general.”

And I think there will definitely be more social media-lead decisions coming from the art world this year. I think social media managers will certainly be one of the art jobs that stands the test of Covid times. I think museums, galleries and auction houses will have to increasingly bring their social media plans into the opening discussions around what projects to pursue. And I think, whether they like it or not, they are going to have to actually fund all of this activity! But until this transformation is complete, and social media takes up its rightful place as a vital and valued part of our industry, I’ll follow Lanier’s advice—and send out virtual hugs to all you art world SMMs.

What’s hot
Saving Venice – I’d say there’s not a person who has stepped foot in the magical Italian city of Venice without falling hopelessly for its historic charms. Now the government has finally decided to ban giant cruise ships from entering its lagoon so as to limit pollution and stop the wonderful canal views from being blocked.

Digital Louvre – The Musée du Louvre has put its entire collection online—all 482,000 pieces—meaning we can now browse the treasures of the world’s most popular museum for free. That’s days of my life lost…

Old Master spectacular – After a €30m refurbishment, the famous Ghent Altarpiece (1432) has a new state of the art home in the Cathedral of Saint Bavo in Ghent. The painting by Hubert and Jan Van Eyck has undergone years of conservation and it’s now happily ensconced in a huge climate-controlled glass case to be enjoyed by the adoring masses.

A bloody mistake – A planned performance by the artist Santiago Sierra has backfired. As part of the Dark Mofo music and art festival in Tasmania, he had planned to soak a British flag in blood donated by indigenous peoples from countries colonised by the British Empire. The whole thing has now been cancelled and an apology issued after widespread outrage: “The colony has spilt and taken way too much of our blood already”.

Museum of Brexit – For reasons I can’t understand a museum dedicated to the UK leaving the EU is in the making. The founders reckon it’s going to be “balanced” even though all the people involved were pro-Leave. Apparently it will be a centre for researchers as well as a visitor attraction—no thanks!

Up in flames – On 15 April it will be two years since the horrific fire at Paris’ Notre Dame Cathedral and sadly there have since been lots more fires that have damaged or destroyed cultural landmarks and artworks. The latest victim is an art storage unit in Brazil that was used by some of the country’s leading galleries. Thousands of works have reportedly been destroyed with a full inventory to be released in the coming weeks. 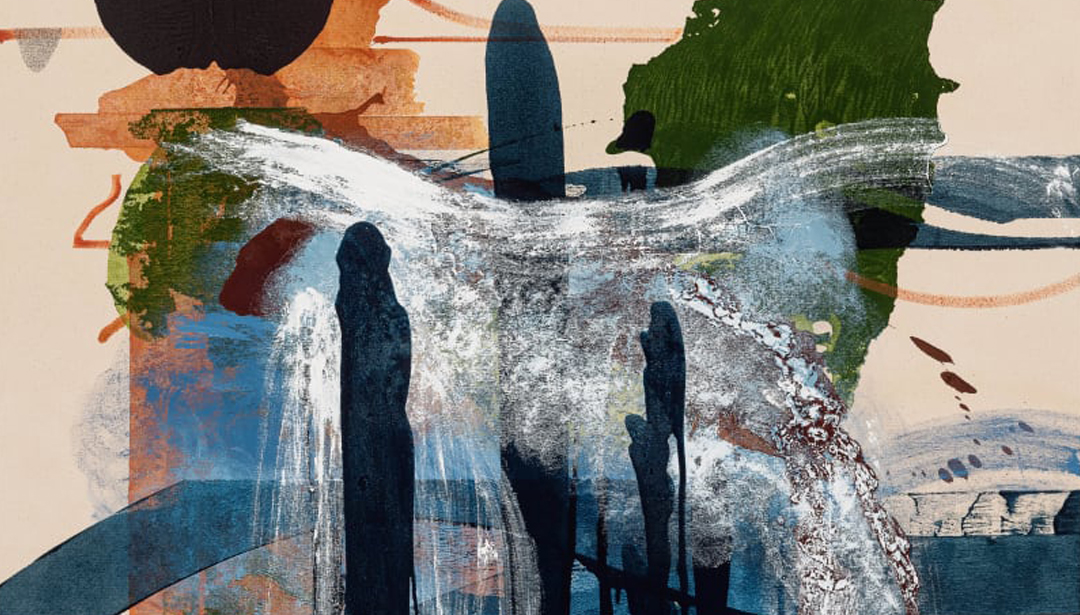 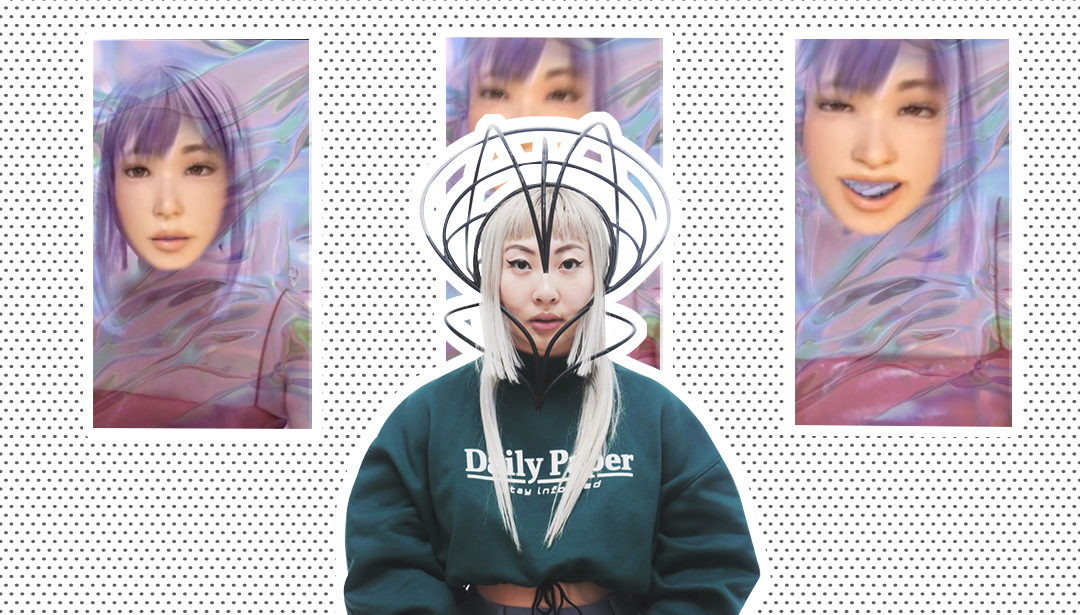