It’s been a long two weeks that has an involved an impromptu column rebrand (I hope you like), a personal dabble in artistic nudity (ahem), and the new, omnipresent buzzword… NFTs. I wish I didn’t have to write about them but I can’t not. My days are now filled with the sounds of “Crypto”, “Beeple” and “Fungible”. At the risk of sounding very old (I mean, I am 30) I miss a simpler time when NFTs, or non-fungible tokens, did not exist and the most controversial digital technology in the art world was virtual reality headsets or online viewing rooms. But here we are. And they can’t be ignored: over $1bn of NFT-backed art has now been sold, according to Nonfungible.com, which monitors the crypto collectable market. (I have it on good authority that this genre should be called Crypto Art, meaning art backed by NFTs).

I won’t start at the very beginning—enough explainers have been published on what Crypto Art is (if you’d prefer a video try this, or there’s also this podcast). Now, several weeks since NFTs entered my realm of consciousness, it’s time to look at the benefits of this thing—and the disturbing dark side that continues to emerge.

First of all, the way that NFTs guarantee authenticity is revolutionary—we’ve all read countless stories of fakes on the art market and, not surprisingly, they’re very bad for business. This isn’t going to put art historians and connoisseurs out of job any time soon either—there will always be pre-NFT art to appraise. The way that the maker and seller history, or provenance, is permanently recorded in an NFT is also a nifty little thing. It rectifies an issue that has been a bugbear of mine since I entered this industry—it means that artists receive a percentage of the sale of their work every time it sells. Artists selling Crypto Art no longer have to sit back and watch only collectors and dealers get rich off the fruits of their labour on the secondary market, but they actively make money too. Many countries in the world do have a royalties scheme like this for artists (in Europe it’s called Artist Resale Rights, although in the UK post-Brexit this is at risk) but it generally doesn’t exist in the US or China, for example. And even where it does exist the percentage is relatively low: in the UK it starts at 5% and decreases on a sliding scale. And it’s often given at the discretion (read: honesty) of the seller. Oh dear. For NFTs, the resale rate can be as much as 10% (it varies on different NFT platforms).

So, let’s get to it: the thing I hate most about NFTs is the way that they intrinsically, unequivocally devalue physical art. The thing that is valuable is the NFT itself, not necessarily the work that it is attached to. Most Crypto Art is digital-only at this point. It is made to be a digital-only work and it can be printed out or displayed on a screen, but it will always be that NFT attached to it that holds the value. For this reason, a lot of Crypto Art just isn’t that good. (I’m not so worried about this part; as more of the art world is jumping on board, the quality is visibly improving.)

The point about physical/digital value was emphasised last week when a group of self-proclaimed “tech and art enthusiasts” called BurntBanksy did just that: they burned a physical Banksy print in order to make it into a digital-only NFT-backed piece of art. In the video for this bizarre act, the guy explains: “If you were to have the NFT and the physical piece, the value would be primarily in the physical piece. By removing the physical piece from existence and only having the NFT, we can ensure that the NFT, due to the smart contract ability of the blockchain, will ensure that no one can alter the piece and it is the true piece that exists in the world. By doing this, the value of the physical piece will then be moved onto the NFT.”

Eh? This is some weird Crypto Art puritanism if ever I heard it. And it’s scary. The last thing the world needs right now is to sew the seed that burning cultural objects is a good idea; and I can’t be the only one who is reminded of images of Nazi book burnings. Perhaps the Crypto Art world would generally condemn such acts, but what if it doesn’t?

Then there’s this idea that the blockchain is just unbreakable. One of the things that makes me laugh about NFTs being marketed as a solution to the ills of the art market is the fact that they are both so unregulated. For decades, art has been declared “the last major unregulated market” and while the blockchain and cryptocurrencies may offer some levels of security they are also widely susceptible to scams, with no real independent organisation to appeal to and laws that barely apply to this new digital realm.

Another infuriating similarity between Crypto Art and the traditional art market is the predominance of white, male artists. This is undoubtedly due to the lack of gender parity in both the field of technology and the art world. It’s crushing that a so-called disruptor to the traditional art world model can emerge and be so problematic in such near-identical ways. Women artists are working to make their mark on Crypto Art, but really—do we have to continuously fight this uphill battle?

And it’s not just white male artists in general who are becoming successful, but it’s a small pool of them specifically. Just like the regular art market (and most consumer goods markets, to be fair), the NFT field relies on exclusivity and scarcity to buoy prices. This in turn is dependent on gatekeepers. In the art world these people are traditionally the gallerists but in the Crypto Art world it is the blockchain companies like NBA Top Shot, Nifty Gateway and SuperRare that decide who can “mint”, or create, NFTs; who can sell them; how much art can be “dropped” at any one time; and who can buy them. Rumours abound that the same collectors (read: friends and business associates) are being given access to fresh NFT-backed works, only to flip them immediately to a wider audience at a stratospherically increased price. It’s a gentlemen’s club of the 21st century.

With millions being made in minutes through Crypto Art (see Grimes and Beeple) the reality is that this could be a very big bubble. If it bursts the repercussions will be huge and people stand to lose a lot of money. But the scarier possibility is that this NFT malarkey is here to stay and will only get more ridiculous, puritan and exclusionary over time. If this is what an art world revolution looks like, I won’t be joining the march.

Provenance – A pretty but not at all groundbreaking landscape depicting the city of Marrakech sold for an exceptional, record price of £7m (£8.2m with fees) at Christie’s Modern British art evening sale last week. Why, you ask? It was painted by former British prime minister Winston Churchill, gifted by him to US President Franklin D. Roosevelt in 1943, and was being sold by “The Jolie Family Collection” (aka the actress Angelina Jolie). The lesson here? Provenance, provenance, provenance (plus a dash of celebrity).

Bargain buys – There’s nothing I love more than a rummage through a car boot sale or thrift store. But imagine buying something for $35 and it being worth $500k? That’s what’s happened to one lucky bargain hunter at a US yard sale who had their small blue-and-white bowl valued by Sotheby’s at a cool half a million.

Banksy – The anonymous artist’s name has once again been on everyone’s lips, whether it be for Banksy-inspired NFT art; people burning his work; or his own apparent attempts to save an English landmark.

Sacking museum staff – The V&A in London has announced that it’s cutting 20% of its curatorial staff (around 30 posts) and another 20% from its other departments (another 100 posts). If we keep losing people from museum teams, who on earth will greet us when we return?

Real estate – With the pandemic stretching on, expensive physical space in city centre locations has never been less desirable. It may mean that some art spaces have and will close but it’s also bringing future opportunities—officials are already thinking about what they can do with empty retail stores, such as those on London’s Oxford Street.

Trump’s idea of ‘beautiful architecture’ – Back in 2020, former US President Donald Trump signed an executive order called “Make Federal Buildings Great Again” that stated that “the classical architectural style shall be the preferred and default style” for new government buildings. Biden has now revoked the order—hooray! I’m a Brutalist girl, myself.

The Best Paying Jobs in the Arts 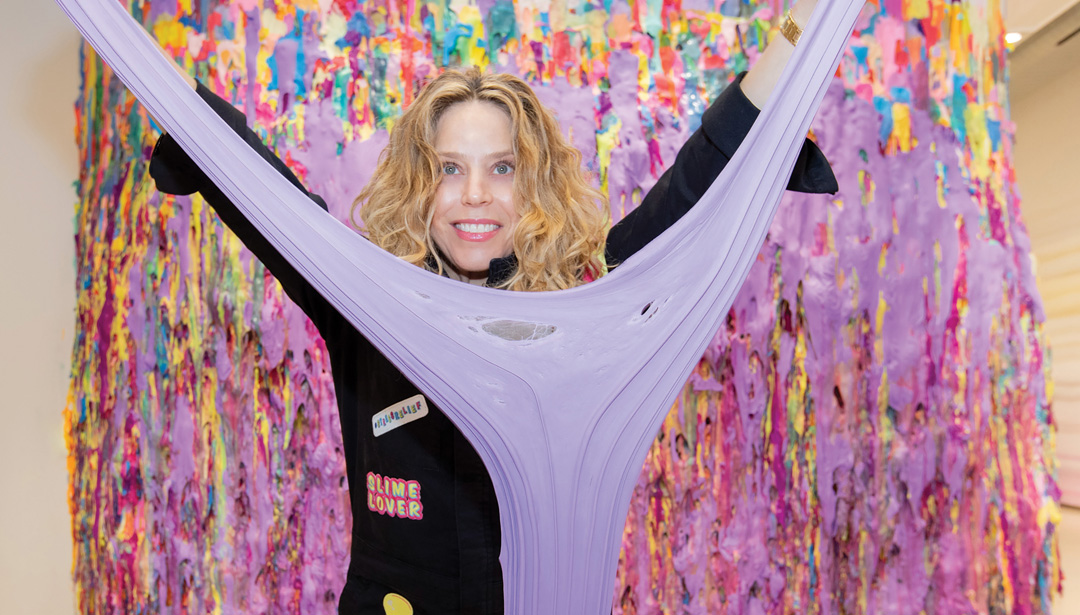 The Good, the Bad and the Slimy