Summer’s here and what says summer more than a hot and sandy beach? Well, nothing! While many of us are braving travel again, there are equally as many choosing to stay at home for the time being. Whatever your circumstances, we’re sure looking at artworks inspired by the coast is exactly what you need right now. Here are some of our favourite beaches from art history.

The Persistence Of Memory, Salvador Dali, 1934

This is perhaps Dali’s most famous ever artwork, and it certainly looks like it appeared straight from a dream. The melting clocks are a reminder of the concept of time, and while it is a little weird, we wouldn’t mind being stranded on Dali’s arty beach.

Tom Bianchi’s polaroids taken at Fire Island are pretty iconic. Tom Bianchi is famous for his homo-erotic imagery and these particular images were published in a book called Fire Island Pines Polaroids 1975-1983 which were credited by Time Magazine as being one of the best books of the year on its release.

Henri Matisse’s paintings of the French riviera are instantly recognizable. And, while this picture doesn’t explicitly show us the beach, it does give us a window into where we’d rather be right now…

Sex, sun and rock and roll. Mario Testino’s captured it all in this snap. We all wish we looked this good on a hot beach with our super-good-looking pals in Rio. This photograph perfectly sums up those unattainable summer dreams.

We’re not sure who left this beauty alone on the beach, but we can totally feel that she is longing for something. Perhaps she isn’t wishing for the same summer getaway that we are, but we do hope whatever or whoever it is she’s waiting for comes to join her.

Luigi Ghirri is a master of contemporary photography and his work is pretty timeless. We would do anything to be playing volleyball with our art hunk on an empty sandy beach right now.  This image is pure couple goals, and we just can’t help but be jealous.

This is one of Picasso’s most recognizable paintings. It’s also how many of us will be running with our girlfriends towards the ocean as soon as we are able. We just love the sense of fun and girl-power emanating from this artwork.

This moody polaroid by Cyrus Mahboubian looks like a location taken from a film. While sun and sand always seems like a good idea, there really is nothing like a solitary walk on an empty beach. The perfect escape for those of us dying to leave the city.

What we would give to be on a beach in Tahiti right now! This 19th century painting by Gauguin shows two women, one in traditional dress with the other in clothes influenced by the West. Whatever you think of Gauguin and his work, you’ve got to agree that this painting is a beauty.

We just had to finish with a super recent work by the great photographer Massimo Vitali. Shot less than two months ago, this image taken on an Italian beach shows life getting back to normal, summer love, and hope for the future. It’s so perfect that it was even featured in Vogue Italia this month! 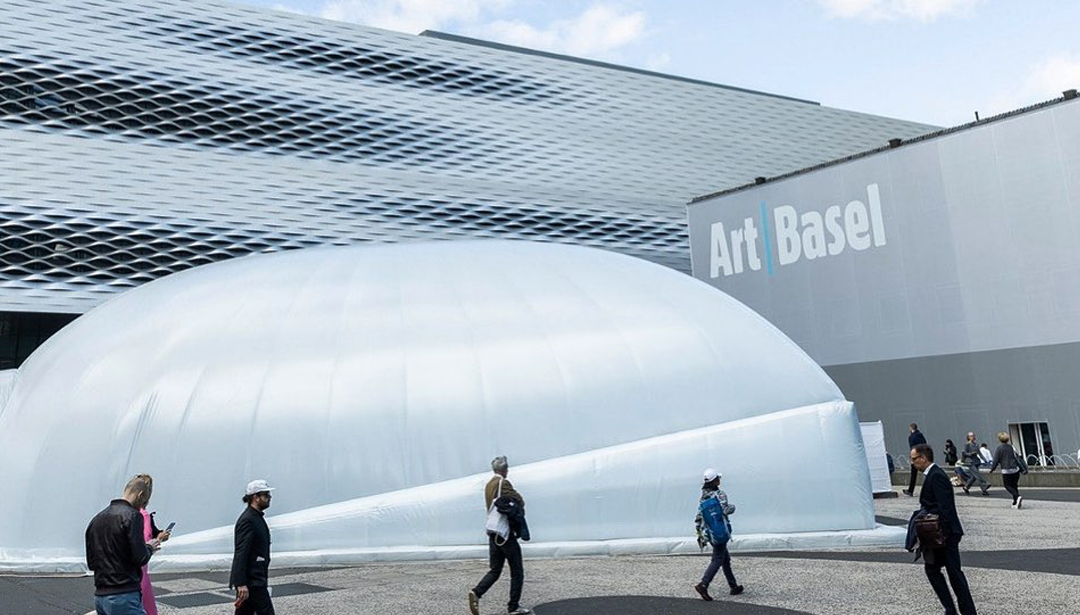