A History With a Lot of Sole 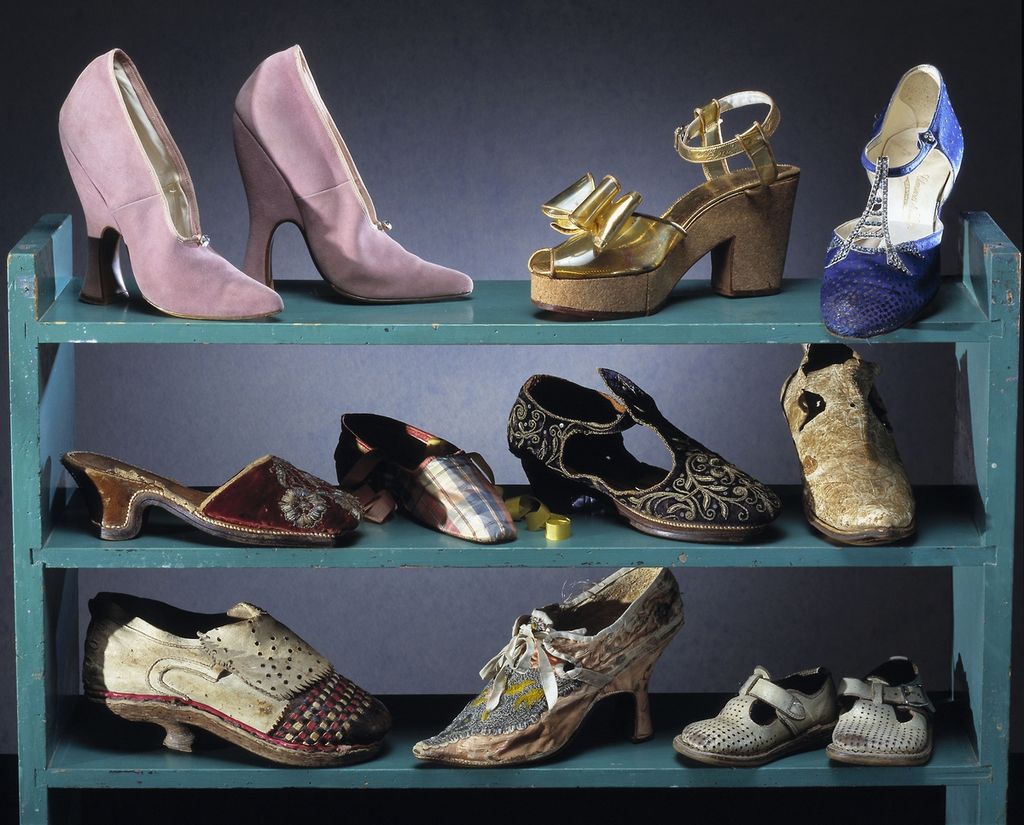 Pretty much every society on earth has had a long history of footwear that goes beyond just being useful protection for our feet. Shoes have always been an opportunity for people to show off their social status, their style, and the size of their wallet. 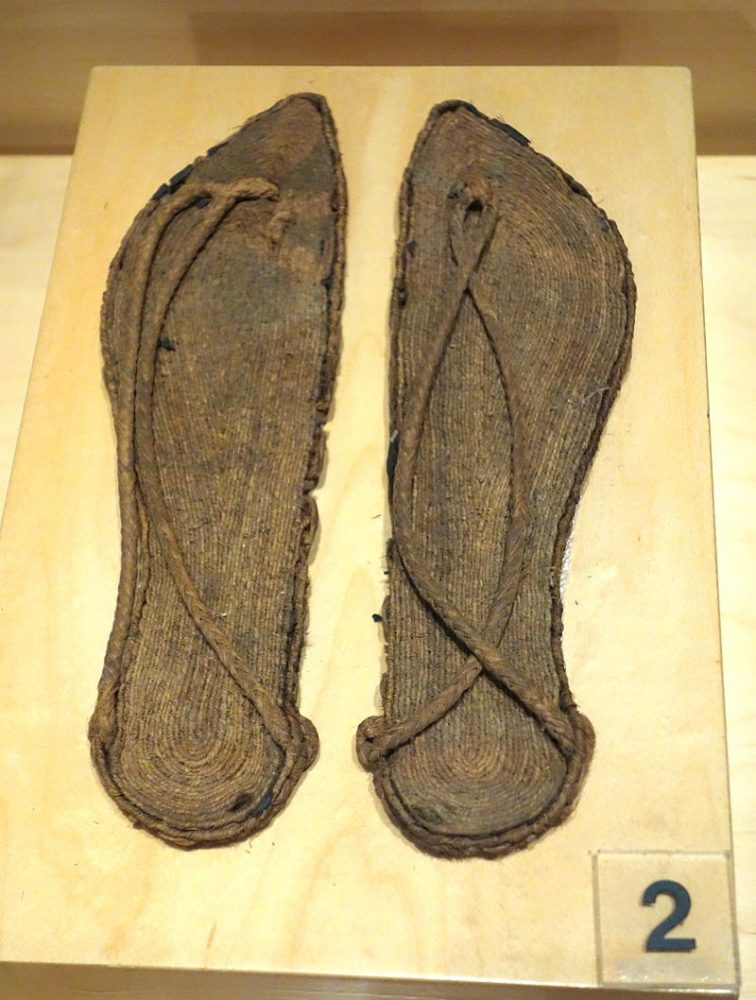 Scientists believe that humankind may have been wearing shoes as long as 40,000 years ago, and you can spot shoe-wearing hunters in cave paintings from 13,000 BC. These early ‘shoes’ were simply animal skins wrapped around the foot. What we’d now call ‘flip-flops’ have existed for around 6000 years, created by the Egyptians to protect their feet from the heat of the sand.  Shoes in many ways can be considered a symbol for humanity – animals don’t wear shoes, only us. I mean, horses do, and you can get little shoes to put on your dogs, but they only wear them because we make them.

In Ancient Egypt, your shoes said a lot about where you stood on the societal ladder. Slaves wore no shoes or sandals made of leaves. Common civilians wore sandals made from papyrus, and those in the upper echelons of society wore sandals with an extravagant point at the end. Only upper class individuals were allowed to wear the colours red and yellow, so if you saw someone with red pointy sandals, you’d know to show them great respect.

Did You Know: A form of heeled shoe also existed in ancient times to aid riders on horseback to keep their feet in the stirrups. 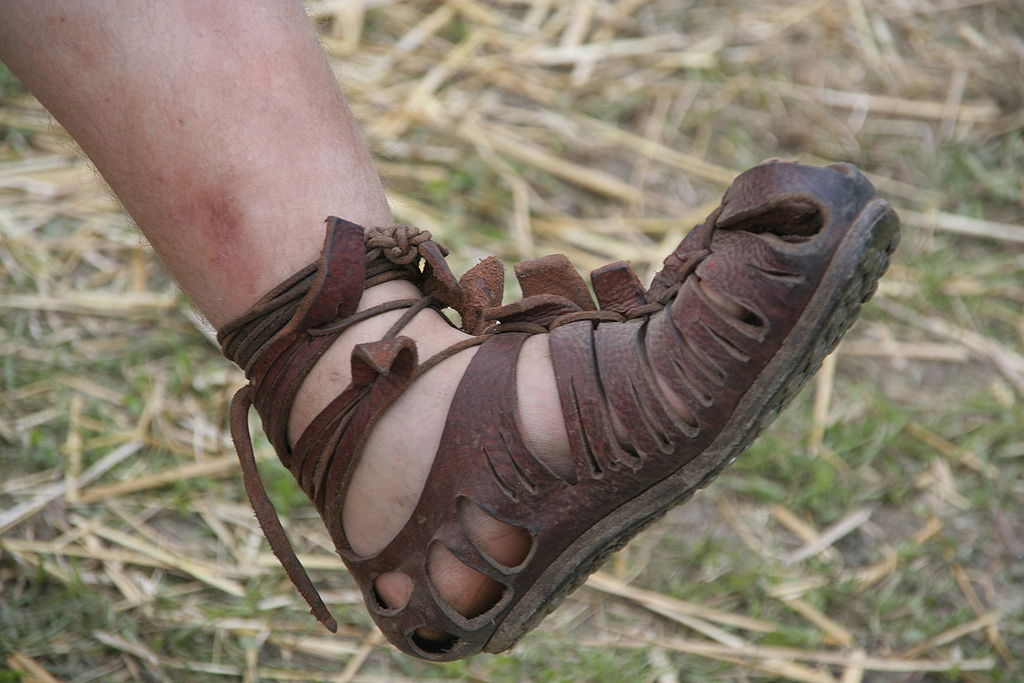 It’s thought that it wasn’t until the Romans started rocking sandals that shoes were designed to fit the individual wearing them. Those ‘gladiator’ sandals you love? You could have nabbed yourself a pair as early at 43 AD. 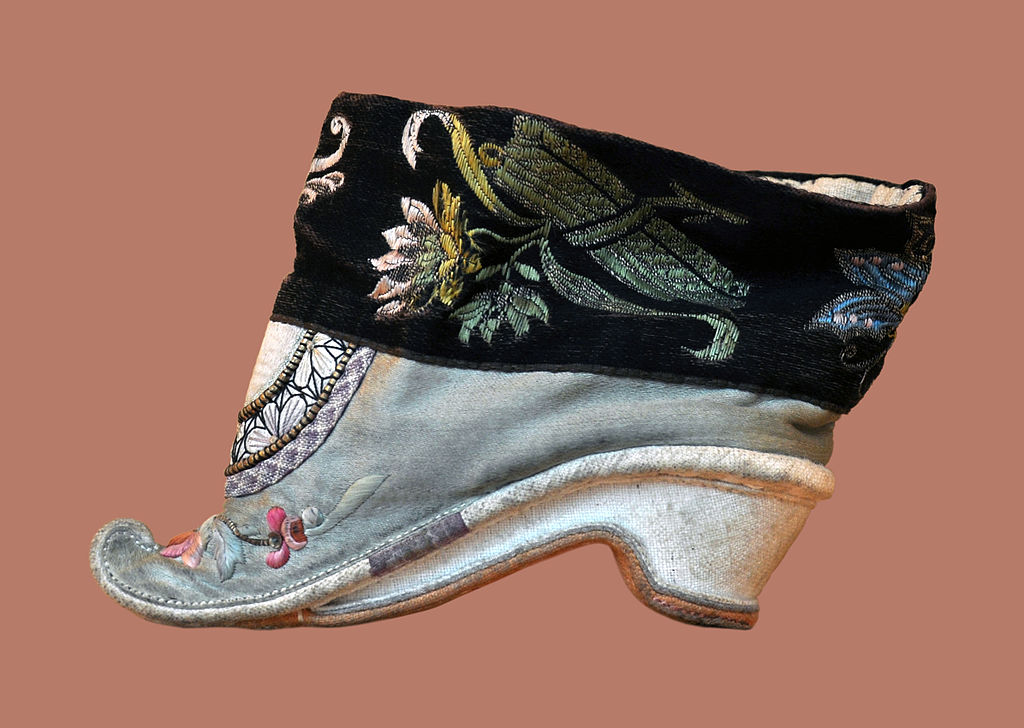 We’ve all heard of the foot binding traditions of China, which left young girls with feet ideally no longer than four inches in length. This practice – of breaking the bones in the foot and binding them to reform in a constrained size – was designed to create dainty wives. Chinese women in high society often had many pairs of silk or cotton embroidered slippers buried with them when they died. Despite bans on binding, the practice persisted into the 20th century. 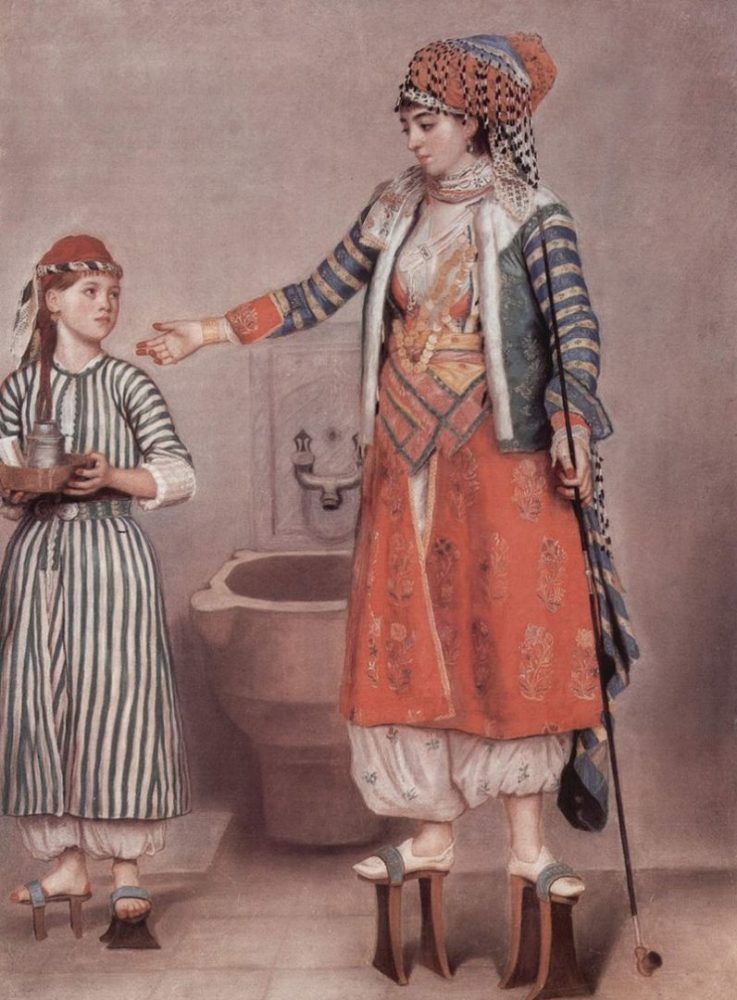 In the medieval times you could grab yourself a pair of ‘Pattens’ – like galoshes – that protected your shoes from the element. These raised-platform overshoes were used until the invention of rubber. 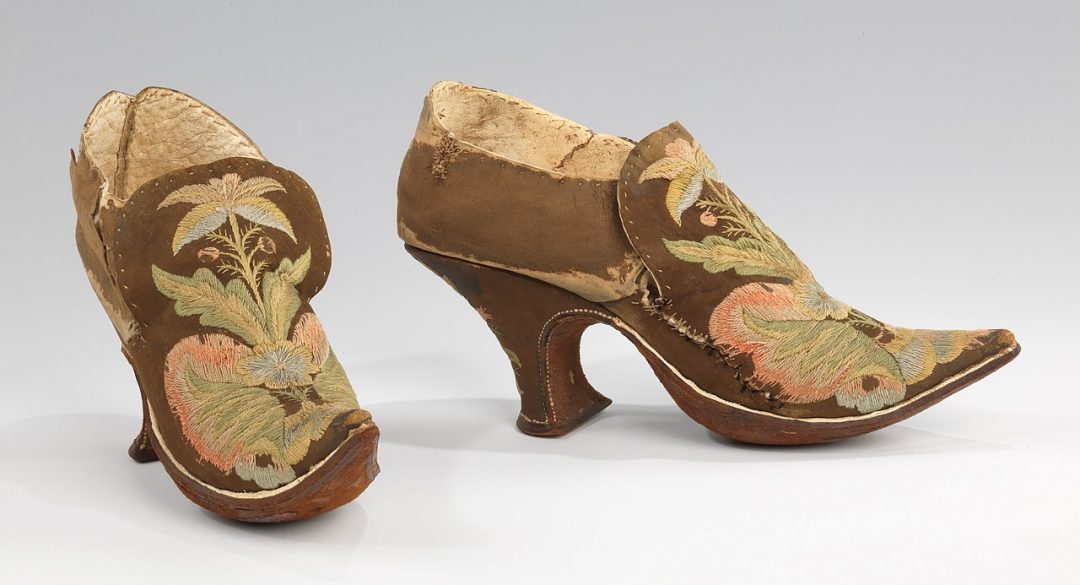 In the Renaissance, the curly-toes and pointy-ended shoes of the middle ages were overtaken by a square-toed design for adults, and rounded ends for children. Before this time, wooden clogs were what European civilians would wear day-today. The Renaissance also brought with it new materials imported from afar.

Did You Know: Platform-heeled shoes were worn by ancient Greek actors on stage to mark themselves out as important performers.

Heels as we know them today were first introduced in the 16th Century, and were helpful for keeping ladies’ feet away from filth in the streets (and prostitutes would often wear super-high heels in order to give a visual clue to potential customers). Heels became properly popular for both men and women in the 17th Century. When the heel of your shoe broke or became worn-down you could have it replaced without needing to buy an entirely different pair of shoes. Wouldn’t that be dreamy now!? 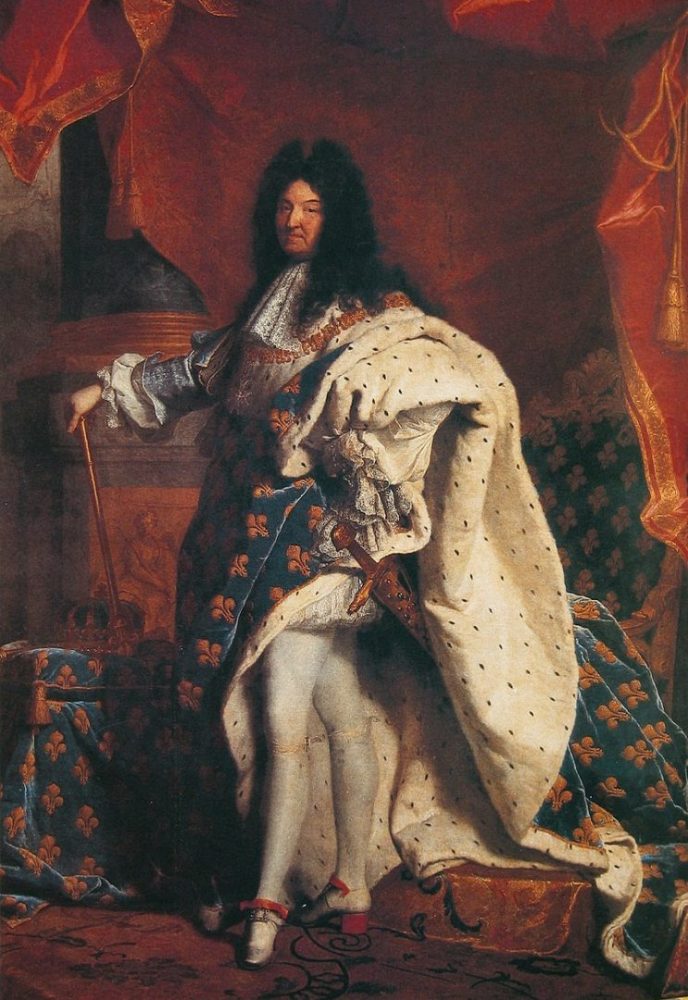 French King Louis XIV – who was only 5 foot 5 – made shoes with a heel mandatory for men, and the English King Henry VIII passed a law to make all shoes at least 6 inches wide. Overcompensating for something, boys? When Charles II was returned to the throne in France in 1660, a trend for red heels began because these were allegedly Charles’ favourites. Early Louboutins? 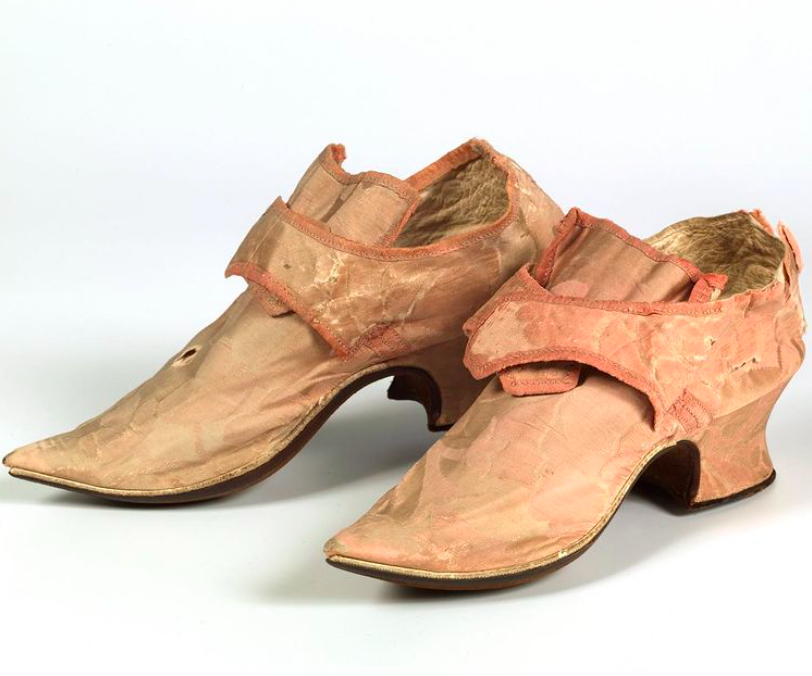 In the 17th Century people began to wear slip-on mules indoors. These mules began to leave the house in the 18th Century, and began to be desiged for day-to-day wear as well as for balls and dances. Because these glamourous shoes were made of silk or other fine materials, they weren’t appropriate for much outdoor use so wooden variants (hello again clogs) came back in style.

Did You Know: It wasn’t until 1790 that the first shoes tied with laces were invented – up until then they would have been fastened with buckles.

The 19th Century saw big developments for shoes – things we take for granted today. In 1837 the first elastic-sided boot was created and presented to Queen Victoria, extreme platform shoes came into fashion in China, and plimsoles were invented. 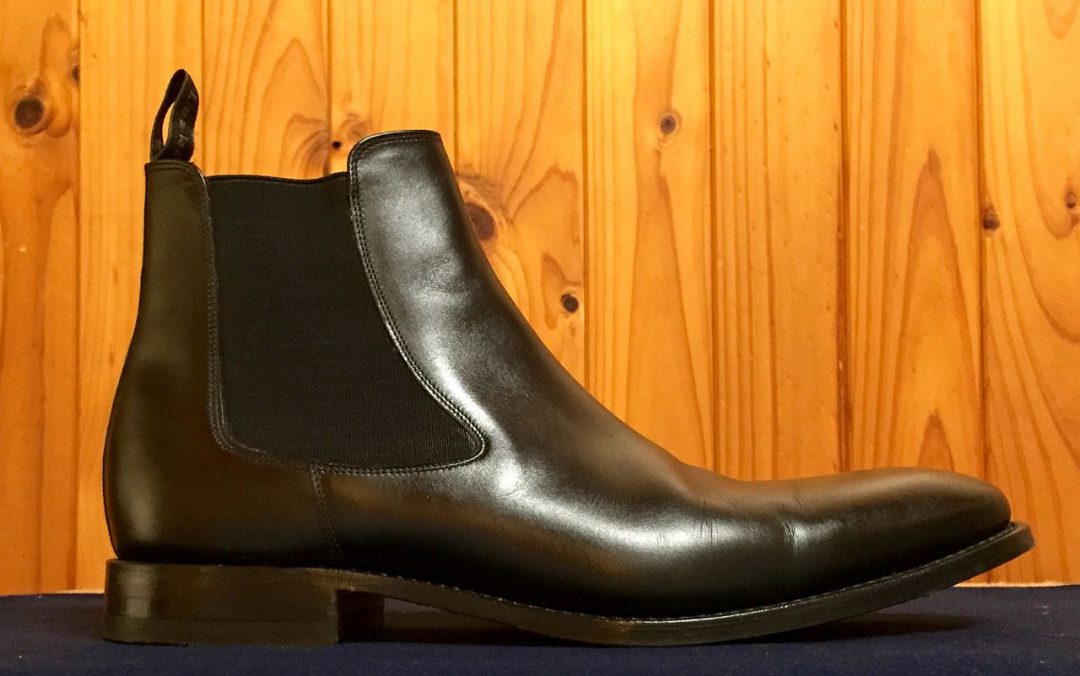 Can you believe that the idea of a ‘left’ and a ‘right’ shoe was only invented in the 19th Century? Up until the 1830s the majority of shoes were made on straight lasts (a 3D template for shoemaking) so the left was identical to the right. The shoe simply became your ‘left’ or ‘right’ shoe by adapting to the shape of the foot you wore it on most regularly.

Throughout history there have always been people too poor to wear shoes, or certainly to own multiple pairs of shoes. The industrial revolution meant that almost everyone wore shoes and owned multiple pairs (at least a pair for work and a pair for church). The type and amount of shoes you owned had previously been an indicator of your class and wealth, but the playing field was largely evened by 19th Century technological advances which meant we could create shoes in large numbers, for little money, quickly. Before the invention in the 1830s of the sewing machine, all shoes had to be made and stitched by hand. Now shoes could be made on an industrial level, and it was cheaper than ever. 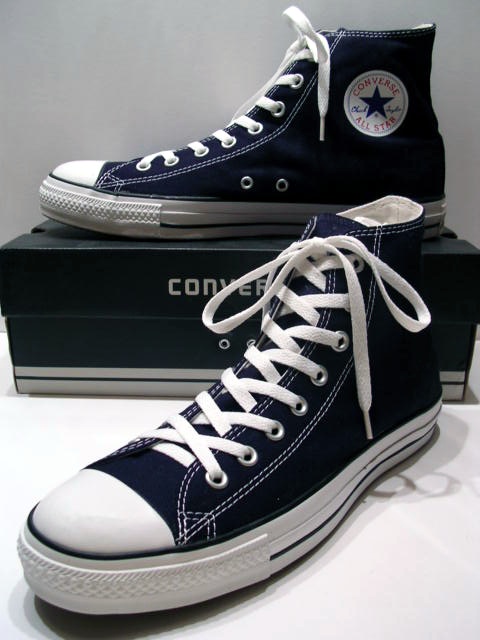 A turning point in shoe design came with the development of vulcanized rubber in 1844, meaning plimsoles were sturdier and lasted longer. Rubber heeled shoes have remained popular ever since, highlighted by the never-out-of-style Converse All Stars (invented 1917 specifically for basketball players).

The turn of the 20th Century saw heels grow higher and higher, but not without judgement. If you were wearing heels over 3 inches high, you might get dirty looks for being morally “loose”. Salvatore Ferragamo invented his cork-wedge sandals in 1930 and in the US the loafer shoe was also born. 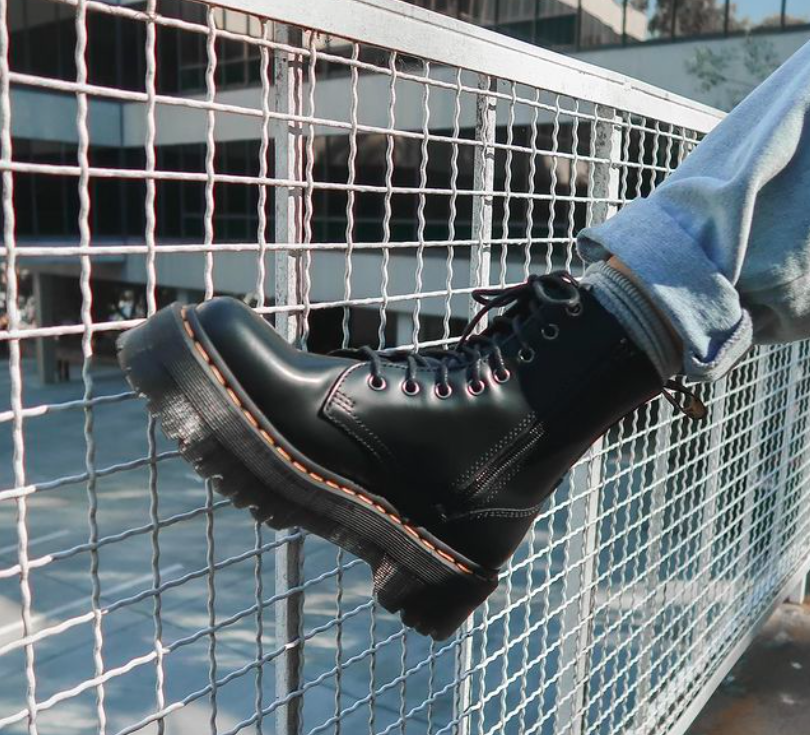 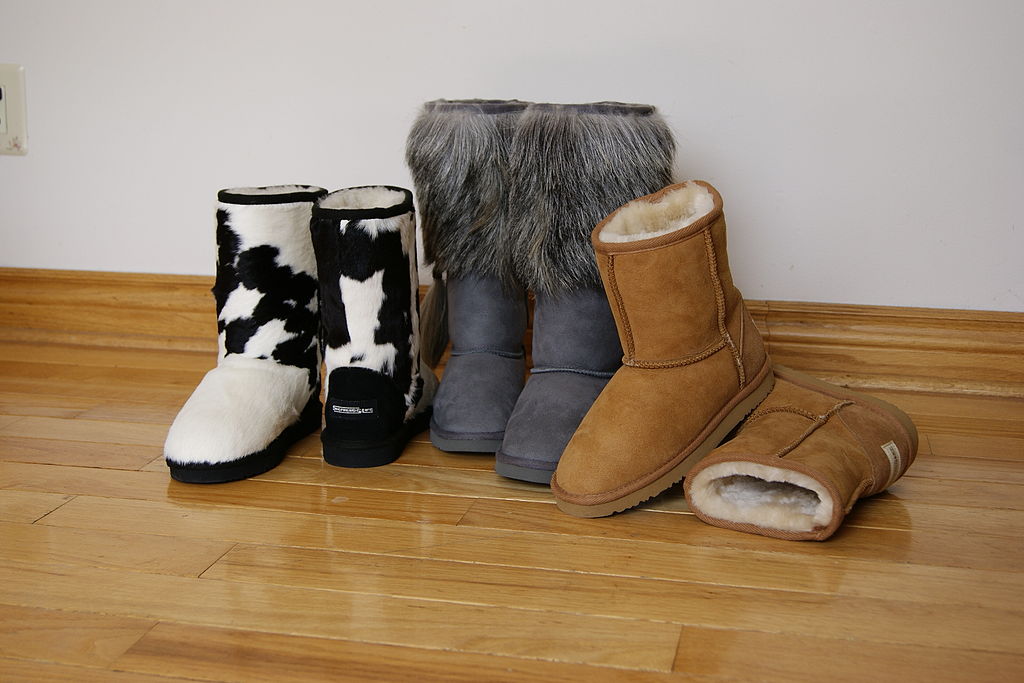 The second-half of the 20th Century saw the development of many of our household names: Birkenstocks came in in 1964 (even though the Birkenstock family had been shoemakers since the 18th Century), Uggs were invented in 1978, and in 1972 Nikes hit the market.

Shoe manufacture has come a long way, as has common access to shoes, but many of the designs we love today have been with us for a very long time. What’s the history of your go-to pair? 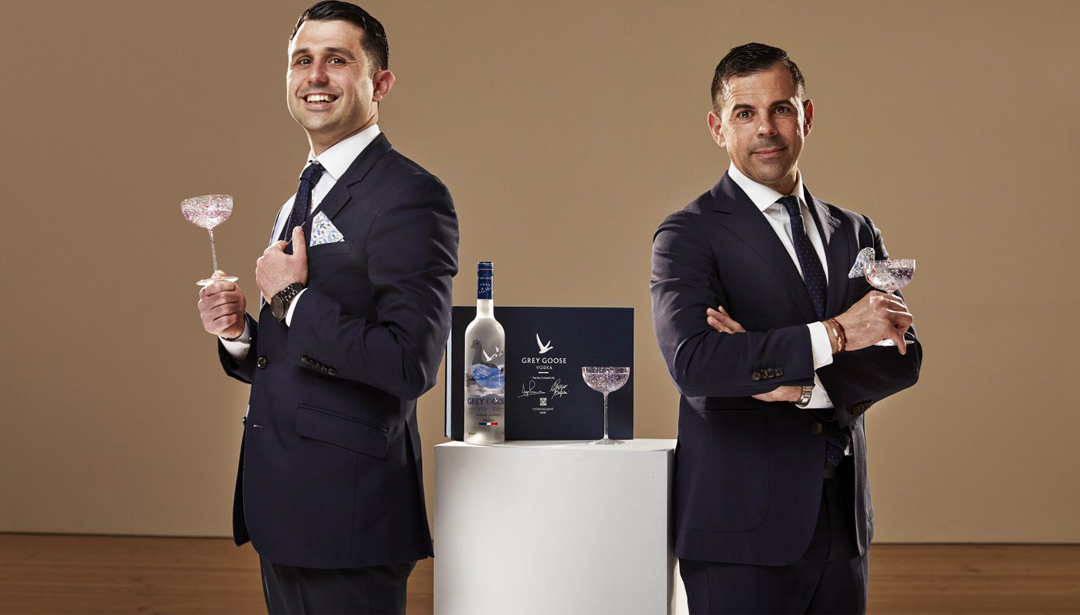 With Bars Reopening, London Has a Jackson Pollock Cocktail Ready For You