Eyeliner has been around since 10,000 BC when people used it not only to make themselves look pretty, but also to protect their skin from the sun in Ancient Egypt and Mesopotamia. And, thousands of years later, it still hasn’t gone out of fashion! Synonymous with drama and statement fashion, eyeliner is an everyday essential for millions of fashionistas across the world. So, don’t be surprised to know that artists have often painted their muses with a thickly lined eye. Here’s a list of some of our favourite displays of eyeliner in art history!

Queen Nefertiti (In Ancient Egyptian: The beautiful one has arrived). The Lady of all Women; Mistress of Upper and Lower Egypt; Lady of The Two Lands. One of the most beautiful women you will ever see in Berlin, as beautiful as the first dawn. Put simply, I’m lost in admiration. #queennefertiti #nefertiti #beautiful #admiration #nefertitibust #iconic #ancientegypt #neuesmuseum #berlin #hsbijoutiers

Egyptian Queen Nefertiti has been known throughout the ages for her beauty. In fact, in ancient Egyptian Nefertiti means “the beautiful one has arrived.” We know that she really was beautiful because of that iconic bust crafted by Thutmost thousands of years ago. I mean, even with her left missing she’s still a stunner. And those eyes, what frames them? Some statement eyeliner, duh!

Tamara De Lempicka is famous for her highly stylised portraits of glamorous women, who were always impeccably dressed. She also made some nudes too, like this steamy group, all of whom are sporting a pretty daring eye-make-up look.

Dolores Del Rio was one of the first Latin American actresses to make it big in Hollywood, so of course she would be painted by one of Mexico’s most celebrated artists. She was clearly beautiful too, with her almond eyes here accentuated with black liner.

South African artist Irma Stern travelled across Africa capturing the faces unique to the content. One such portrait is this image of a woman from the Watussi tribe. Here Irma accentuates her beauty in saturated colours, putting major focus on her gorgeous eyes.

Just look at this beauty painted by Hatian artist Hector Hyppolite. Before taking up painting, he also made shoes, so perhaps it’s no surprise that this lady is so well dressed. From her pink coat to her jewellery and hair accessories, we’re sure she turned many heads. But also take note at her glam, particularly the liner framing her eyes. Just gorgeous!

????????Wish you a Merry Christmas!????????❤ • Jacqueline Roque with Flowers, 1954 • This work was heavily influenced by Picasso’s past love lives, in which he was seen with many different women, sometimes simultaneously. After Francoise Gilot left him due to his abusive nature, he married Jacqueline Roque, the only marriage that was long-lasting. Showing his compassion for the seemingly eternal relationship, he painted over seventy portraits of her, each depicting a centralized theme. This painting exemplifies the theme of his wife’s natural beauty. • Picasso met Jacqueline Roque in 1953 at the pottery when she was 27 years old and he was 72. He romanced her by drawing a dove on her house in chalk and bringing her one rose a day until she agreed to date him six months later. • This painting celebrates the entry of Picasso's new companion, Jacqueline Roque, into his painting. Art historian Antonina Vallentin calls the figure a "modern sphinx", and it is true that in this crouching position, with her long neck and almond-shaped eyes, Jacqueline has something of the mythic figure about her. She liked this particular position for sitting, and it will be seen again in later portraits. • Roque's image began to appear in Picasso's paintings in May 1954. These portraits are characterized by an exaggerated neck and feline face, distortions of Roque's features. Eventually her dark eyes and eyebrows, high cheekbones, and classical profile would become familiar symbols in his late paintings. •••••••••••••••••••••••••••••••••••••••••••••••••••••••••••••••• ????Follow @ppablopicasso @ppablopicasso @ppablopicasso for More… #art #artsy #artbasel #arts #artwork #artist #artistic #painting #gallery #artgallery #museum #exhibition #fineart #modernart #instaart #contemporaryart #artistsoninstagram #abstract #arte #artoftheday #drawing #abstractart #urbanart #artcollector #oilpainting #artlovers #masterpiece #portrait #Picasso #pablopicasso @ppablopicasso • https://www.pablopicasso.org/jacqueline-with-flowers.jsp

Pablo Picasso is famous for many things, but have you noticed that his characters often have big, heavy eyes? Well, next time you visit a museum, have a look! In this work, he celebrates his only long-lasting wife, Jacqueline Roque.

Who knew crying could be so beautiful? Inspired by Gustav Klimt’s gold paintings, Anne Marie Zilberman has made this heavenly image of a woman crying golden tears. And look, her eyeliner has barely smudged a bit! We’re kind of need to know what brand she uses…

Elizabeth Taylor once played the role of Helen Of Troy, one of the most beautiful women ever to have lived. It makes sense then, that the cinematic icon was a natural choice for Andy Warhol. Here she is in all her glory, rocking a strong eye-make-up look.

Turkish artist (and princess) Fahrelnissa Zeid found fame with her abstract paintings, but in later life she turned to portraiture, and there was something striking about them…they all had fantastic cartoon-like eyes! Just look at this gorgeous self-portrait, wouldn’t we all dream of being able to give ourselves a smokey eye like that?

Have you seen @Shirin__Neshat’s photographs up close? Neshat writes poetry by female Iranian poets in Persian calligraphy over the exposed areas of women’s bodies. Inspired by Middle Eastern and Indian traditions of tattooing, Neshat taught herself calligraphy and found the process of writing for hours on the photographs to be very meditative. She describes the text as representing the voices of the women who were silenced. Neshat says, “I feel the use of poetry is particularly apt, because literature has historically played a major part in the struggle against political repression. The poetry is the literal and symbolic voice of women whose sexuality and individualism have been obliterated by the chador or the veil.” ___ Women of Allah is considered Shirin Neshat’s most iconic work. In this series, Neshat incorporates four elements: the female body, the text, the weapon, and the veil. The Broad’s special exhibition, Shirin Neshat: I Will Greet the Sun Again, is a rare opportunity to view the most complete presentation of this series, on view for the first time in a U.S. museum. Get tickets to view the series in person #AtTheBroad. Link in bio. #NeshatAtTheBroad ___ Shirin Neshat, Unveiling (Women of Allah), 1993. Gelatin silver print and ink. © Shirin Neshat/Whitney Museum of American Art, New York. Purchase, with funds from the Photography Committee 2000.267

Shirin Neshat’s photographs are instantly recognisable across the world. Famous for black and white portraits layered with calligraphy, her work has appeared in some of the most important artistic institutions. But, Shirin herself is also as recognisable. Always appearing with heavy black liner, she is a beauty influencer in the making. 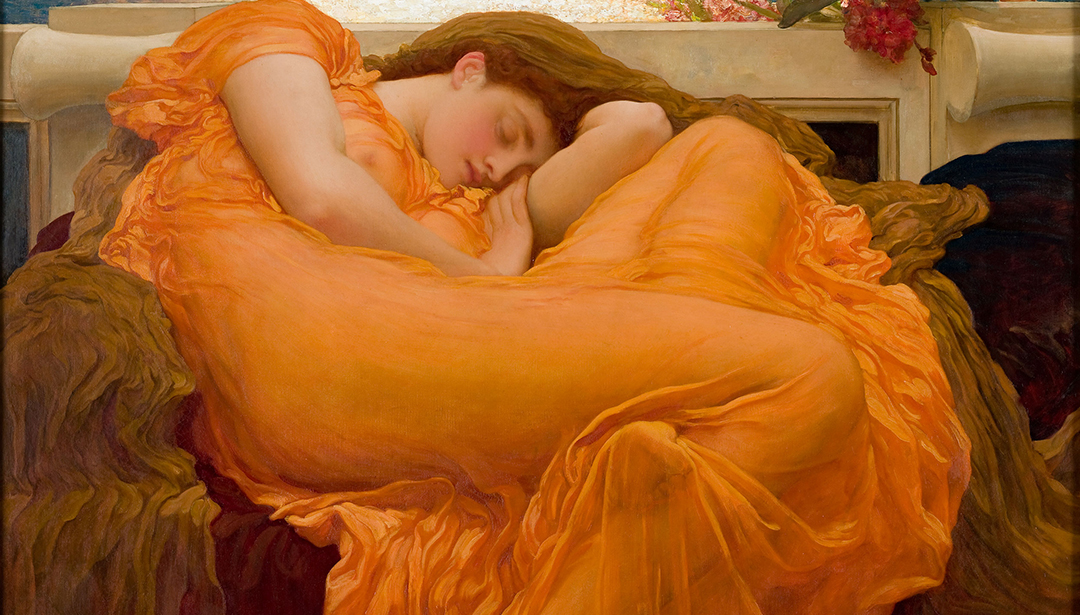 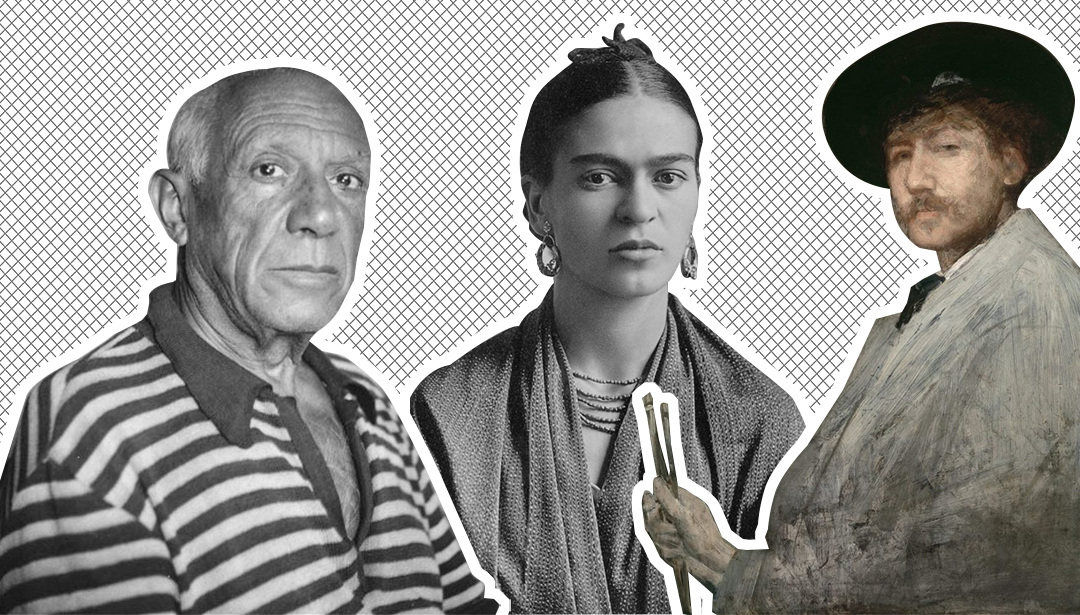