#artgirlsdoitbetter – it is just that easy and therefore we don’t want to miss celebrating female artists who left their mark on 2017. For this, we want to highlight and appreciate their efforts, spirits as well as boundless creativity, because, girls, you just rule! Thanks for your daily encouragement and please don’t stop to inspire us.

Help us to celebrate those strong voices by voting via our SuperGorgeous Award for your favourite of 2017 by selecting her here .

John Yuyi
The Taipei-born and NYC-based artist is well-known for her social media-inspired temporary tattoos. This project brought her to the attention of Gucci who asked her to collaborate with for their Le Marche Des Merveilles collection – and that was just the start. 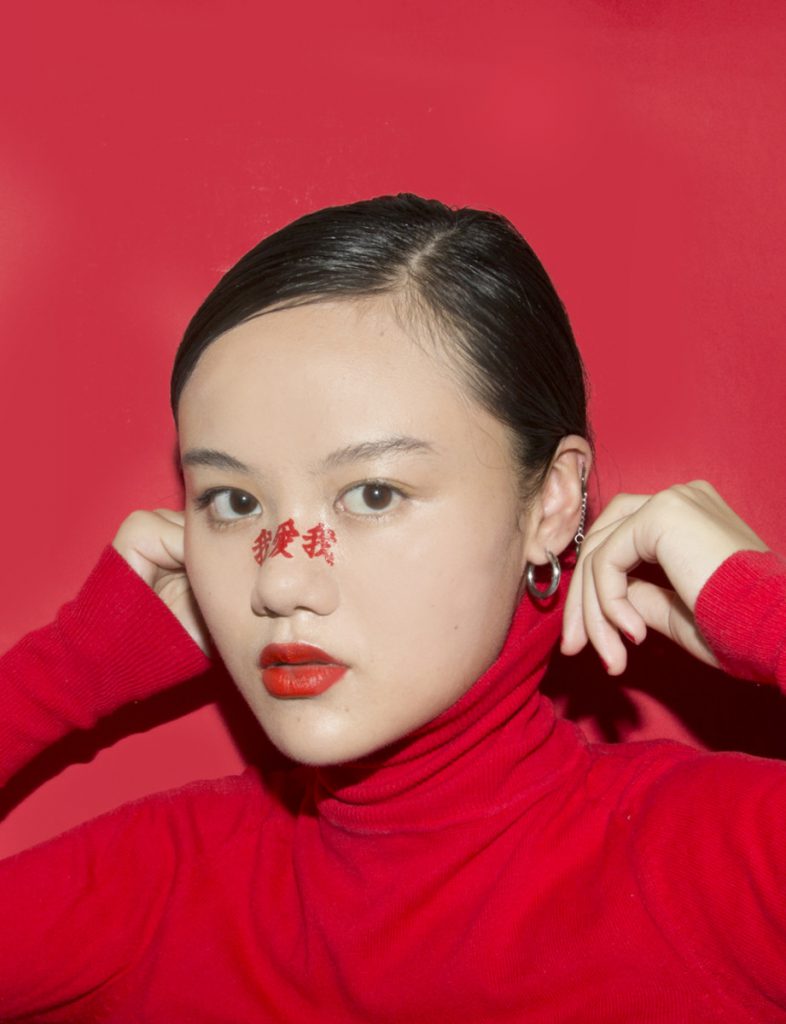 Arvida Byström
The Swedish digital artist is also known as a photographer and model. The artist can be recognised through her work that always feature pink and pastel colours, glitters and herself, inspired by the issues about feminism, gender and sex. Her unshaved legs for the adidas campaign caused furore and resulted in nasty comments on her IG, but Bytröm is not afraid of criticism. 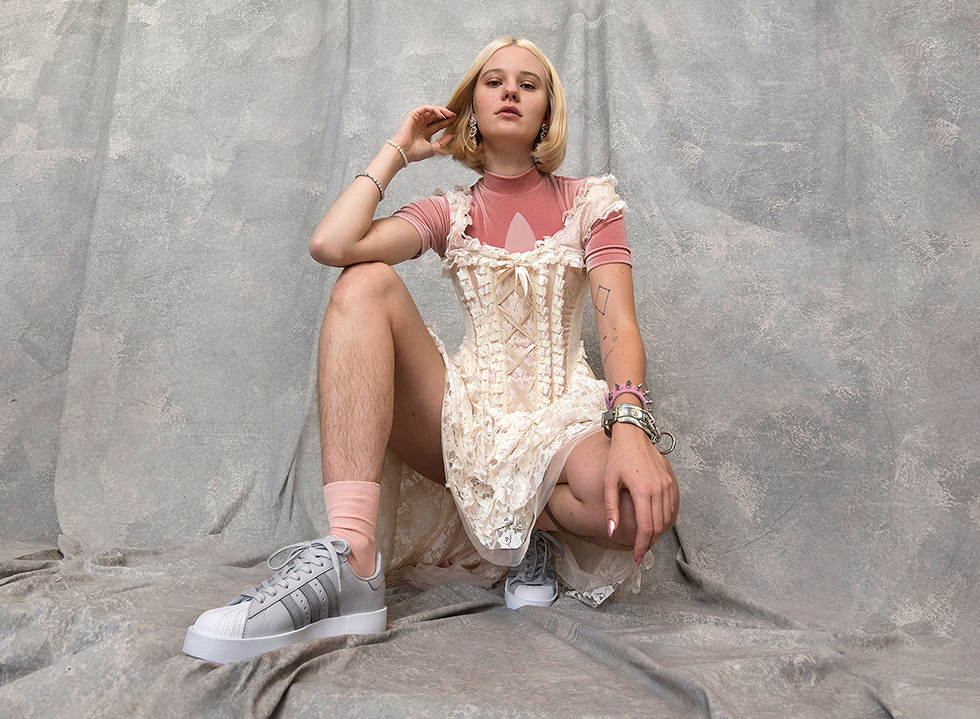 Petra Collins
Collins, a photographer and a director, has directed short films and music videos for global celebrities e.g. Selena Gomez. Apart from that, she modelled herself the recent Gucci perfume ad and directed a few campaigns as Alessandro Michele`s art world muse. 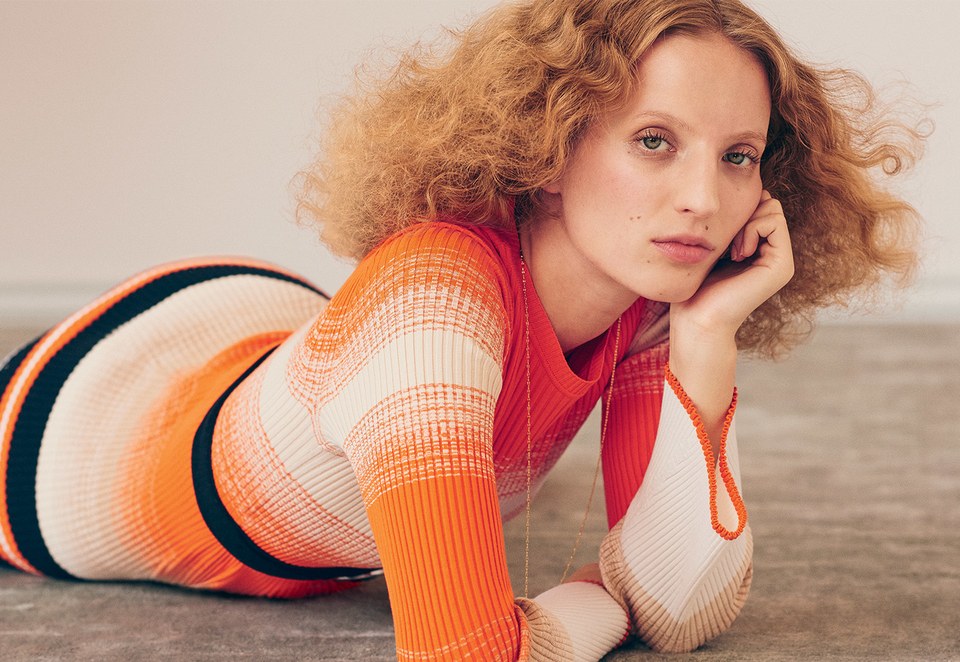 Unskilled Worker
Helen Downie, a.k.a. Unskilled Worker only started painting when she was 48. This led to Gucci launching a capsule collection showcasing her work; printed on tees, sweatshirts, jackets, dresses, skirts and bags and made her social media channels explode. 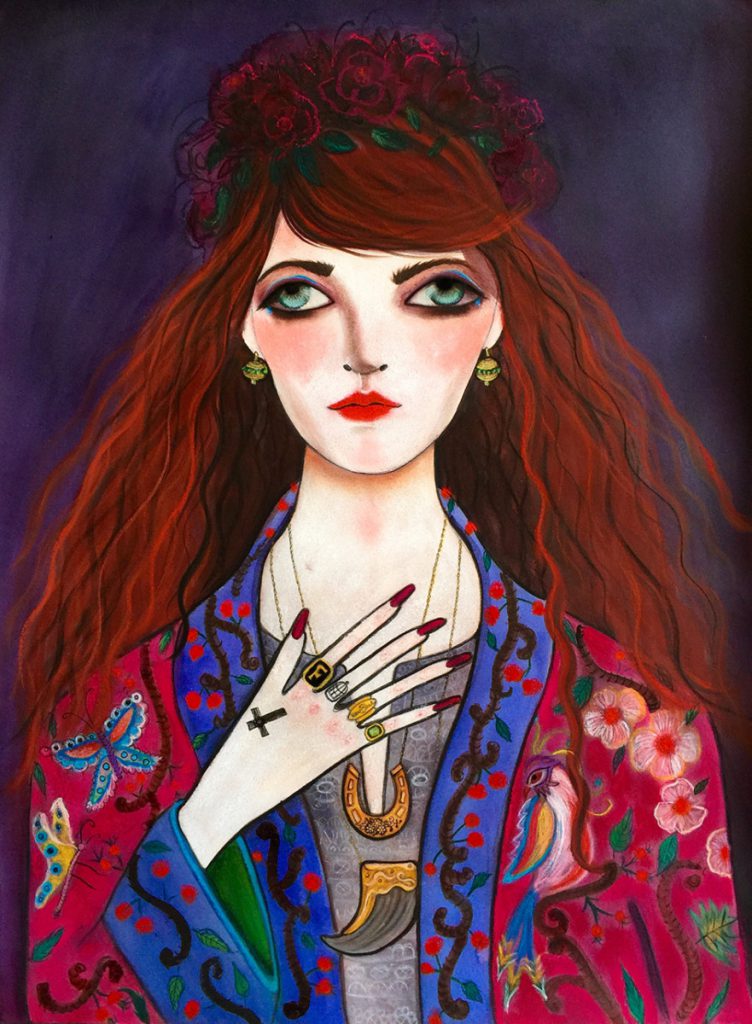 Angelica Hicks
Her punny and witty illustrations of some well-known fashion brands and also fashion icons brought her to her current career. Her passion for creativity is supported by her parents who are designers themselves, even though she actually studied history of art in London before. 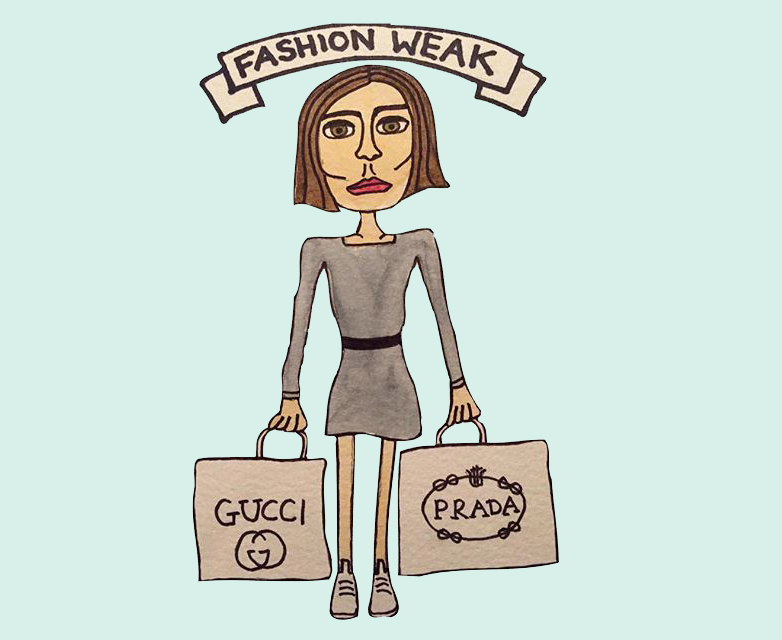 Juno Calypso
She first got recognised after she brought her Art Catlin Award-winning series, Joyce, to the world, followed by The Honeymoon. Can you imagine a series of self-portraits, going on a solo honeymoon trip to an American honeymoon’s hotel posing in love-shaped tubs in front of dreamy mirrors? 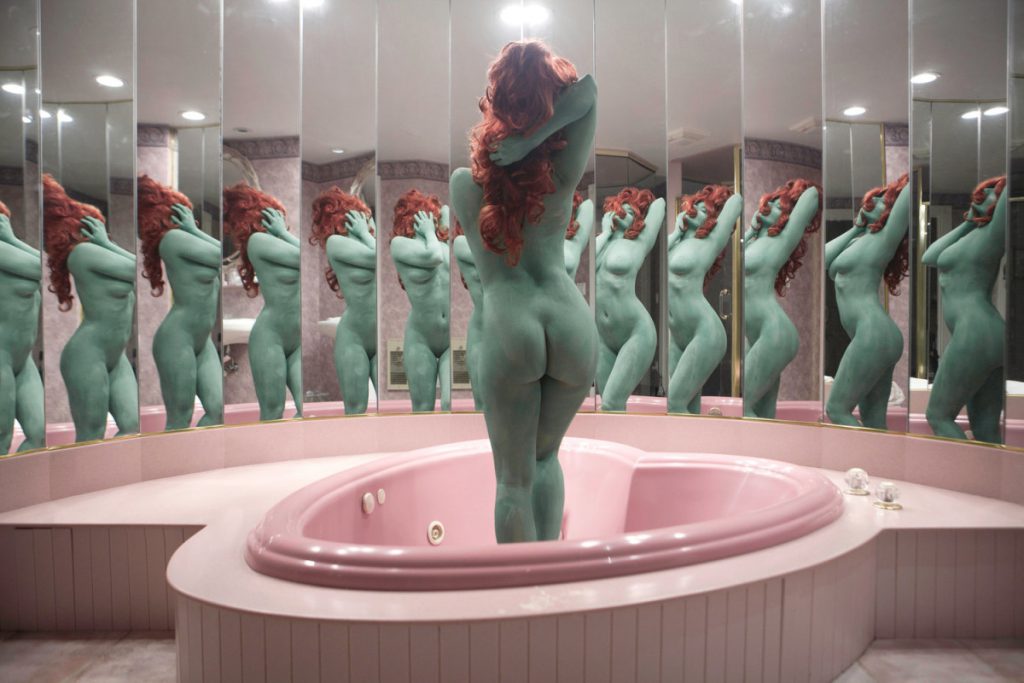 Chloe Wise
Specialising in sculpture, painting, drawing, collage and digital art, she got widely recognised after actress India Salvor Menuez showed up in an event by wearing a Chanel bread bag, which is part of Wise’s collection and artwork. 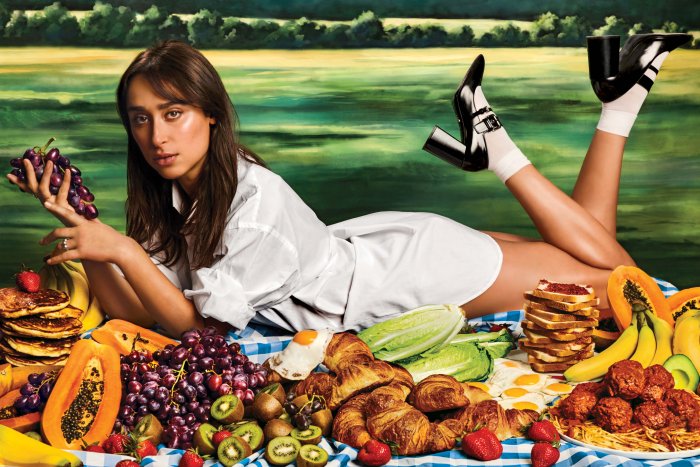 Genevieve Gaignard
Widely known for her artwork regarding cultural identity, she mainly focuses on photography, videography and installation. Her photography projects usually start with an object; either a wig, a dress or a pair of high heels after hunting for some inspirations at thrift stores. 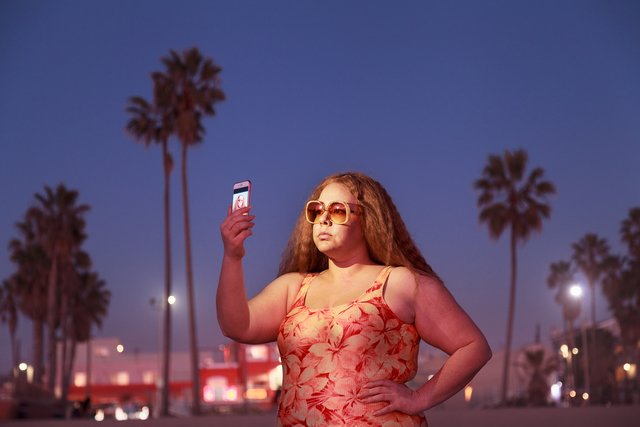 Petra Cortright
The Los Angeles-based multidisciplinary artist is known for her use of digital files that have been shared with the world in the form of pictures, videos or GIF animations. She will always be remembered for her first webcam video “VVEBCAM”. 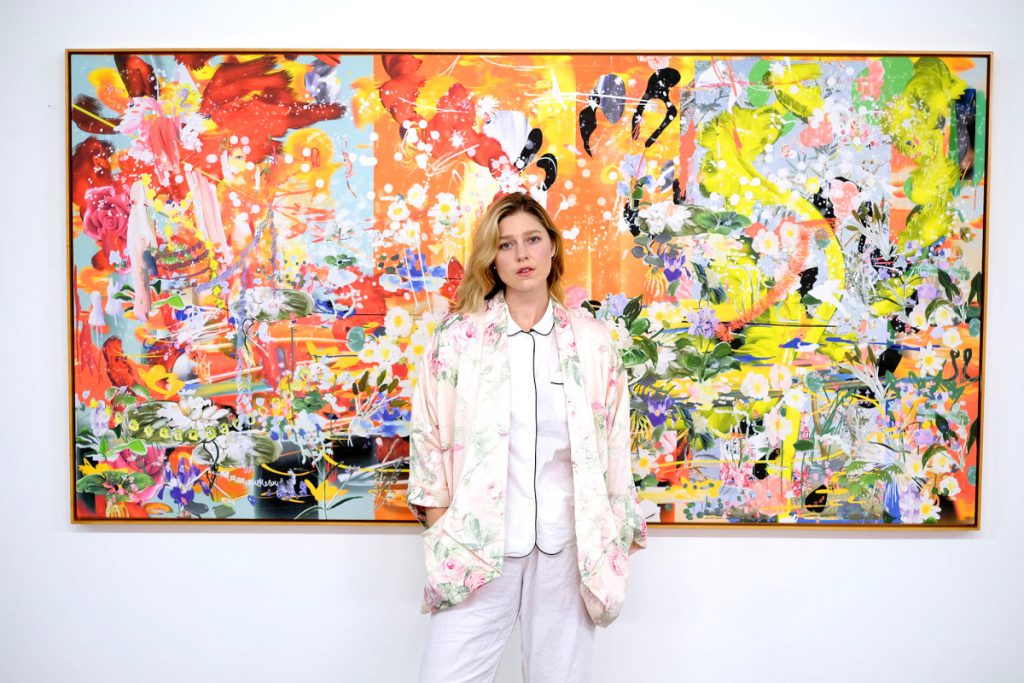 Cao Fei
Born in Guangzhou, The Beijing-based artist uses digital media to deliver current issues such as political, historical or pop culture references through her work. Her works have been featured in a number of international biennales and also at MoMA New York. in 2016 she made major headlines by releasing the first VR art car in cooperation with BMW. 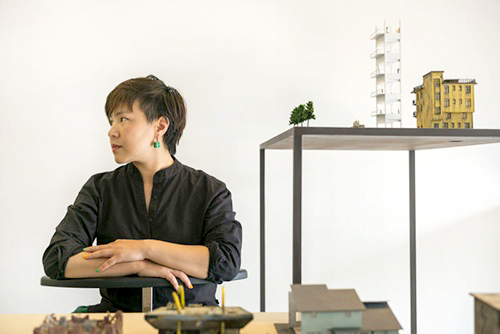 Freelance Careers: What Should You Be Charging?

The Art News You Missed While Giving Your Eyes A Rest